Make microwave popcorn and watch the plasma telly? Forget it

Here's a provocative question for readers in these power-hungry times: could you survive in a house where the total power draw of all your electrical appliances and fittings at any one time can't exceed 1.5kW? 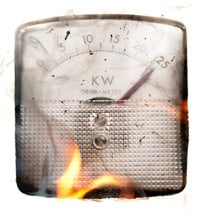 Preposterous, we hear you cry. Stick a load in the washing machine and put the kettle on for a nice cuppa while kicking back in front of the telly and you've easily topped 2kW, minimum. Throw lighting, fridge, PC, electric curling tongs and all those other essentials of modern living into the mix and well...

So, what kind of madman would live in a building where the simple act of turning on the microwave while the missus is bothering the hair dryer risks popping the main breaker? The answer is, the kind of madman who bought a venerable Spanish house where the electrical consumption is capped by the power company at at a thrifty 1,500W.

Well, why not just up the permitted wattage and be done with it? After all, Iberian 'leccy monolith Iberdrola offers a range of breaker capacities, the idea being that the greater your breaker rating, the bigger your standing charge. Raising the bar to 10kW or so should have been a simple enough matter without kicking the wallet too hard, or so I foolishly thought. 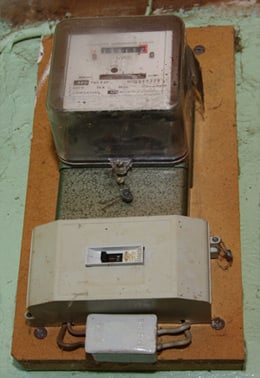 When I bought my luxury mountaintop gaffe some years back, the entire electrical installation consisted of a mains cable from the street passing through the front door frame and connected to the "ICP" - (interruptor de control de potencia), then the electric meter (see pic), from which a dodgy single two-core cable fed an octopus of subsidiary and equally dodgy cables to a motley assortment of bare lightbulbs and decrepit sockets.

Not good. My first job was to stick in a proper fusebox and rewire the whole place, planting a copper earth rod in the garden to increase the safety level from potentially absolutely deadly to fairly plausible. So far so good, but it was only when I asked Iberdrola to pop by and up the capacity of the ICP that the wheels came off my upgrade plan.

For more kilowatts, the company kindly explained, I'd have to relocate the meter to outside the building, inside a big plastic box set into the house's stone facade. What's more, the new installation would need a boletín: a certificate from a qualified Spanish sparks, who'd charge a handsome premium for his signature on the vital document.

If moving the meter sounds like a stroll in the park, trust me, it isn't. Last year, I installed an external meter box as part of the rehabilitation of another house, as you can see here: 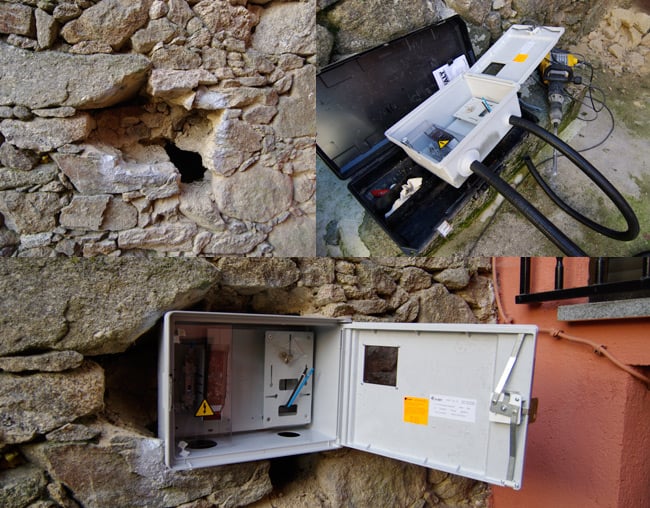 This required the deployment of a demolition hammer to hew the aperture from the living stone, then further carnage to pass the 40mm circular conduit through the 80cm-thick wall for later connection of the meter to the interior fusebox.

I was right, then, when I decided that attacking the exterior of my current place and then stumping a huge wad for some electrician to sign a piece of paper was out of the question, especially given the house was always intended to be completely rebuilt.

Despite my best intentions, though, that rebuild hasn't yet started, so we've been surviving on 1.5kW for slightly longer than envisaged. 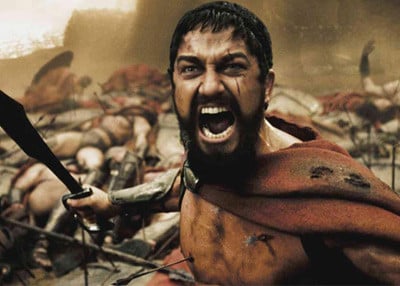 Tonight we dine in hellish twilight!

The upshot of this is electrical discipline of a Spartan order. Our lighting was for several years compact fluorescent energy saving bulbs, which never quite lived up to the manufacturers' claims of light quality and output.

More recently, we've been changing to LEDs. These have certainly improved of late, and even the most ardent fan of old school illumination will eventually have to surrender to the inevitable rise of the glowing diode, like it or not.

Our problems really start when we move up the wattage chart. Using the washing machine water heater is a no-no, so it's cold washes only. We've got a gas cooker, so that's not an issue, but the microwave is 800W at top whack, so we can't run that and the 800W kettle at the same time.

Using either of those while sprawled in front our greatest luxury - a 42" plasma screen with Blu-ray player and surround sound set-up - is likewise ill-advised.

Similarly, and to the kids' great dismay, any work outside with the cement mixer (at 1,400W, an edge-of-the-seat experience) or my prized DeWalt demolition hammer (750W) means use of the telly is off-limits.

An unexpected benefit of this is, for me anyway, that instead of dossing in front of the idiot's lantern, the children get to enjoy the great outdoors helping dad mix concrete, or break stones. They'll thank me one day for organising these family bonding exercises, I have no doubt.

What they won't thank me for is having to power down the plasma telly to make microwave popcorn during the traditional post-concrete-mixing movie session, and I'm prepared to concede my son may have a point when he insists: "Dad, this is utterly preposterous in an advanced 21st century Western civilisation."

Mercifully, the time is fast approaching when we'll temporarily abandon this abode while skilled operatives drag it kicking and screaming into said century. I won't much miss having to schedule washing machine sessions, or thinking about just what's plugged in and running before knocking up a brew, but I take satisfaction from having shown that, with a bit of organisation, it is possible to exist on a meagre 1.5kW. ®