Display unclips to work as a tablet

As might be expected of a compact Ultrabook, there is no optical drive and connectivity ports are limited. Both USB ports are USB 2.0 (one USB 3.0 would have been nice but, I suppose, this could have risked too much of a battery drain) and despite the inclusion of HDMI and an SD Card slot, there is no VGA port nor any Ethernet port. Given the typical use for this type of Ultrabook, however, the ENVY x2 provides all you probably need. 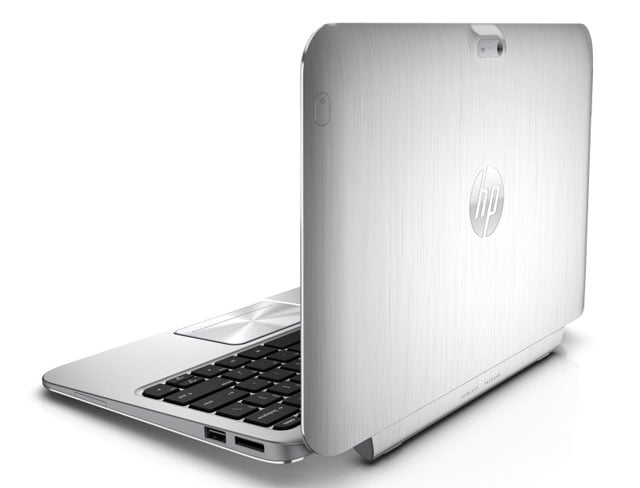 The real ENVY x2 magic reveals itself by sliding a single catch on the clamshell hinge to release the display for use as a standalone tablet. Releasing and re-attaching the display can be done 'hot' without causing so much as a blip: there is no need to power down the computer. The sliding catch is a little stiff but the display slips off and clips back on easily enough, and the pair of wide pegs supporting the display on the hinge add to the overall feeling of ruggedness. At no time did I ever feel anything might stress or snap. The ENVY x2 is no delicate flower: it feels as tough as boots and built to last.

HDMI on-board, but only USB 2.0 interfacing

Used on its own as a Windows 8 tablet, the display is surprisingly satisfying to work with. As Windows 8 detractors are keen to point out, on a hand-held device the operating system really comes into its own. At around 0.7kg, it's hardly the lightest tablet you'll ever use (even Apple's hefty Retina iPads are lighter) but the weight is balanced and the wide bezel ensures it is comfortable to hold. The Windows logo on the bottom bezel also acts as a 'home' button, returning you to the Start screen, which is a helpful touch. 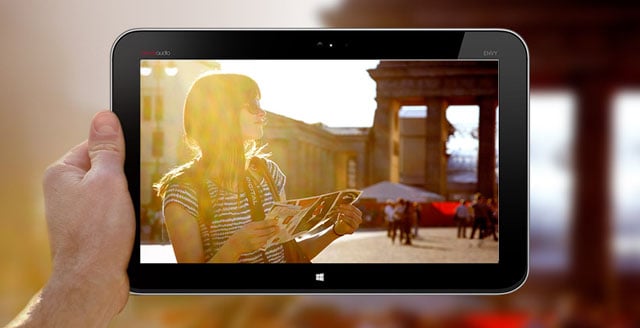 Tablet snapping when needs must

Although separating from the keyboard leaves the port connections behind, the tablet brings everything else with it: SSD hard drive, stereo speakers, front and back cameras and built-in mic, while it comes with its own audio combo socket and microSD Card slot. Mobile music lovers will be pleased to hear that the ENVY x2 utilises Beats Audio™ technology to boost audio performance. Both cameras support HD video and the rear-facing camera can take single-frame shots at up to 8Mp; usefully, the system allows you to customise still and video resolutions before shooting rather than inflicting the storage-wasting, humungous-size-fits-all approach of other tablets.

Note the latching slots in the base

Battery life in the tablet could not be benchmarked but I was happily using the device all day without worry. When the battery began running low, I simply re-attached it to the keyboard base - which contains its own battery - and continued working. As long as the tablet and keyboard are connected, recharging the unit will recharge both batteries. Unfortunately, it does not seem possible to recharge the tablet on its own. 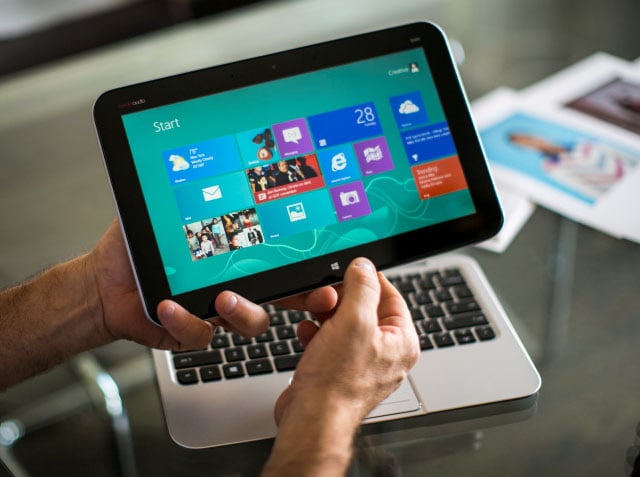 Convertible computing is the best way to experience Windows 8

The single most important caveat with the HP ENVY x2 is that its specification is extremely lean: as tested, the device achieves only average benchmark performance and is fitted with just 2GB of RAM and 64GB of storage (with up to 24GB of this being partitioned for system recovery). From a pure Ultrabook perspective, this seems very limited indeed. But viewed as a tablet computer - powered with a dual-core 1.8GHz Intel Atom processor and boosted by a high-quality detachable keyboard with trackpad and connectivity ports, not to mention double battery packs... oh, and it runs Windows 8 - the ENVY x2 is extraordinary.

A modest but thoroughly practical Windows 8 product with the latest dual-core Intel Atom and an 11.6in, 1366 x 768 IPS touchscreen. Tempting for those who can't choose between a tablet and an Ultrabook.
Price: £799 RRP
More Info: HP's ENVY x2 page
Page:
Tips and corrections
45 Comments

Patent battle looms again for iGiant in wake of ruling

Stick your finger in another Pi: Titchy-puter now has touchscreen

Credit-card PC can hook up with 7-inch pokeable display

TVs are now tablet computers without a touchscreen

And that's good because apps can handle codecs that broadcasters abandon