As part of its quarterly patch release cycle, Oracle will be unleashing 86 of the things on Tuesday, January 15, over half of them critical enough to allow full remote code execution without piffling details like a password. 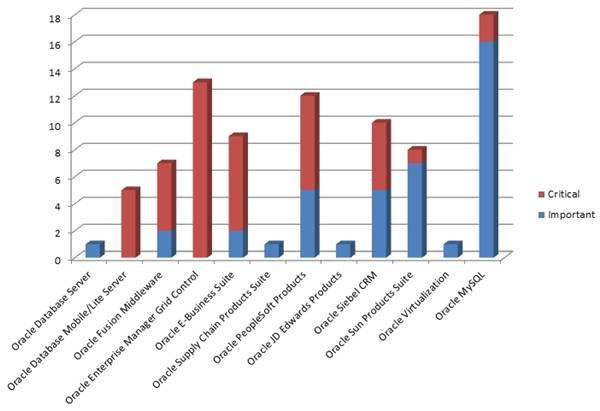 "Due to the threat posed by a successful attack, Oracle strongly recommends that customers apply Critical Patch Update fixes as soon as possible," reads the security advisory.

Top of the busy list come Tuesday will be those running Oracle's Application Performance Management and Enterprise Manager tools, since these two share an unlucky 13 critical patches between them. MySQL topped the patch list in numeric terms, although all but two patches aren't too serious.

Managers using Oracle's E-Business Suite and PeopleSoft are also doing to have a fair amount of critical fixing and the Seibel and Sun packages share 18 patches between them. Virtualization, supply chain, and JD Edwards users can pretty much put their feet up.

There's no sign of a fix for the latest zero-day flaw to bedevil Java, although it's a bit early and the eventual patch will probably be released out-of-cycle. ®