Stronger than steel, conductive as copper, thinner than human hair

An international team of scientists has successfully found a way to spin tens of millions of carbon nanotubes into a flexible conductive thread that's a quarter of the thickness of human hair.

"We finally have a nanotube fiber with properties that don't exist in any other material," said lead researcher Matteo Pasquali of Rice University. "It looks like black cotton thread but behaves like both metal wires and strong carbon fibers."

The thread has ten times the tensile strength of steel and is as conductive as copper, but is flexible enough to be wound around a spool or woven. The team envisages it being used in "smart" clothing and the aerospace industry, and says that its properties will be of particular use to electronics manufacturers.

"Metal wires will break in rollers and other production machinery if they are too thin," he said. "In many cases, people use metal wires that are far more thick than required for the electrical needs, simply because it's not feasible to produce a thinner wire. Data cables are a particularly good example of this."

The thread is the result of nearly a decade of research at Rice, which initially focused on extruding nanotubes of a uniform type without them clumping together into weak, poorly connective bundles. Nanotubes come in many forms with different properties, and the team needed to get a uniform production process to get a material than behaved consistently.

The next step was finding a way to produce and manipulate the nanotubes in a practical industrial volume. In 2009, a student made a key breakthrough by discovering a way to suspend them in fluid so that they could be spun like thread.

"Until that time, no one thought that spinning out of chlorosulfonic acid was possible because it reacts with water," Pasquali said. "A graduate student in my lab, Natnael Bahabtu, found simple ways to show that CNT fibers could be spun from chlorosulfonic acid solutions. That was critical for this new process." 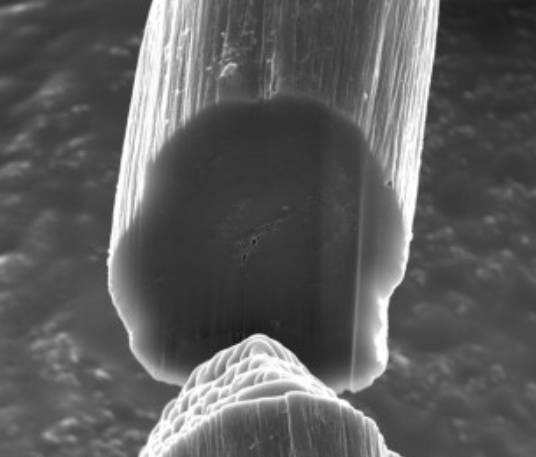 This discovery allowed the process to be upscaled to industrial levels of output. Chlorosulfonic acid is fairly nasty stuff, but considerably easier to handle than some of the chemicals used to make chips, and the spinning process can produce a steady thread of reliable material.

The process is described in a paper published by Rice researchers in the journal Science, joined by scientists from the US Air Force Research Laboratory (AFRL), the Technion-Israel Institute of Technology in Haifa, Israel, and Dutch manufacturer Teijin Aramid. ®

And if and when it does, role lacks Cabinet position, complain Lords
Science28 Sep 2022 | 51