A bit of “astronomical shorthand” applied to make galactic mathematics easier to deal with might have to be abandoned, according to researchers from Swinburne University.

According to Professor Alister Graham from Swinburne’s Centre for Astrophysics and Supercomputing, the decade-old assumption that black holes account for a fixed fraction of galactic mass is incorrect.

The usual assumption was that black holes grew bigger in step with the growth of the galaxy. Instead, the Swinburne research suggests that the assumed linear relationship between galaxy size and black hole size is much more complex.

“We now know that each ten-fold increase of a galaxy's stellar mass is associated with a much larger 100-fold increase in its black hole mass,” Professor Graham states in this university announcement. “This has widespread implications for our understanding of galaxy and black hole coevolution.” 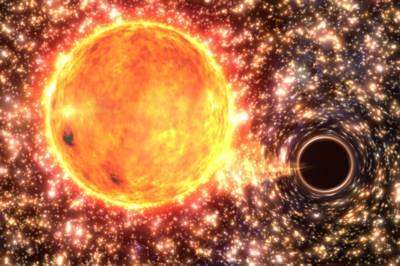 In smaller galaxies, he notes, “the star clusters, which can contain up to millions of stars, really dominate over the black holes.”

The analysis also suggests that there should be a large number of intermediate-mass black holes out there, waiting to be discovered. With a mass between that of a single star and a million stars, intermediate black holes have been hard to find.

Professor Graham says they may lie within galaxies already known to harbor one black hole, and should be detectable by the new generation of extremely large telescopes.

His group combined observations from Hubble, Europe’s Very Large Telescope in Chile, and the Keck Telescope in Hawaii. They analysed 77 galaxies and their central black holes, calculating the mass of the black hole based on the orbital speed of nearby stars. ®