GridIron gobbled up by Violin Memory

Violin supplies shared 6000-series all-flash arrays to enterprises and the public sector as well as having single server PCIe-connected appliances and Fujitsu resells its array. It filed for an IPO last October.

Violin also has a deal with Symantec to add its data management software to its offerings, although Violin is also aggressively building up its own software portfolio. A HANA appliance is in the offing, and Violin can run vSphere in its arrays.

The two company campuses are just a couple of miles apart and both of them are involved in the data centre application market. The potential synergies are obvious and significant, with GridIron bringing its intellectual property for SAN-based caching and application acceleration to Violin.

An obvious synergy possibility is the transition of the TurboCharger hardware to being a Violin Memory array and the follow- possibilities of it running Violin software products. Another is that Violin's existing application acceleration capabilities; enabled by putting application datasets in flash, could be extended by cacheing back-end storage arrays and so being able to deal with very much larger datasets. There could be a Hadoop and other Big Data application benefit here. 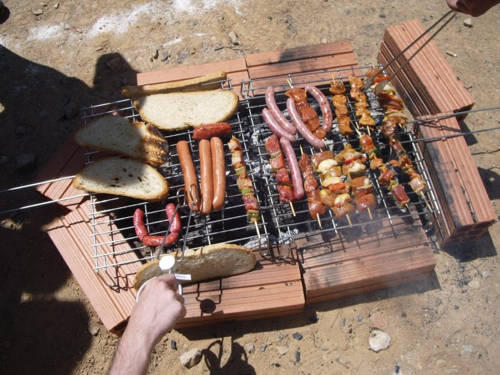 Violin can cook a tasty meal in a flash with GridIron

No-one at Violin would comment on the possible effects of the GridIron acquisition on Violin's IPO prospects. However it seems a common sense realisation that Violin + GridIron is a stronger proposition than Violin alone, and the effect should be beneficial. The TurboCharger appliance will be aggressively sold by Violin.

As a consequence of this deal Violin will now be stronger competition to other all-flash array startups such as, to name just a few, IBM's TMS unit, Nimbus Data, Pure Storage, Skyera, SolidFire, Whiptail, GreenBytes with its VDI focus, and also EMC with its coming XtremIO box and HP with its 3PAR all-flash arrays running revved-up software.

The acquisition amount was not disclosed, although something between $200 million and $300 million has been speculated. We have seen that GridIron, which was founded in 2007 and emerged from stealth in September 2011, received $20 million funding in 2009. No other funding has been disclosed. ®

Founder of firm at center of fraud claims he's 'not running' right now. Ditched the Fitbit, have you?
Personal Tech26 Sep 2022 | 4