Look out, Apple - Voice of Kindle now owned by book-slingers

Amazon bought text-to-speech company IVONA systems on Wednesday, the online book-floggers have announced. The acquisition fuelled rumours that Amazon, the quietest member of The Gang of Four, is planning a rival to Apple's talking assistant Siri.

Amazon announced the deal with Ivona Software yesterday on its website, but didn't specify how much it paid for the Polish company. 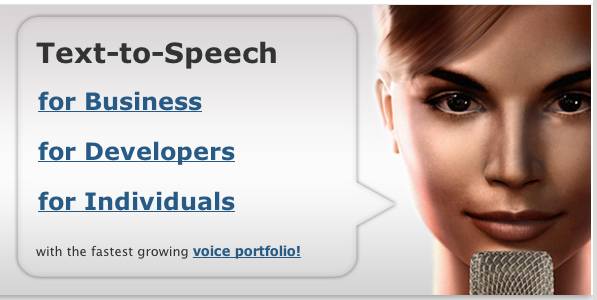 The Amazon Kindle Fire already packs IVONA software, used in the tablet's text-to-speech function. The acquisition could be a good way to bring a valuable partner in-house, and ramp up Amazon's supply of audio-books, or it could indicate bigger ambitions in interactive audio, an area staked out by Apple with its virtual voice-activated assistant Siri.

[I]n spite of the many improvements TTS technology has made over the past few years, Text-to-Speech voices still have an artificial/synthetic sound, as the lack of expressiveness makes them less appealing. This normally makes listening to a text longer than a short sentence read aloud by a TTS voice quite difficult

IVONA says its software boffins have spent years spent studying hidden qualities of the voice - subvocalisation, accentuation, intonation - and cracking out algorithms that could code for the use of various inflections depending on the word's position in a sentence. This has resulted in some very pleasant-sounding robots that can read out any text in a way that sounds mostly natural. We like Brit voice Amy.

BrightVoice technology uses artificial intelligence algorithms, which with computer precision reflects the expression and any individual characteristics of the human voice. As a result, the synthesized speech is virtually indistinguishable from the professional voiceover recording.

IVONA offers 44 voices in 17 languages and has more in development. It even has two Welsh-speaking voices - available in either gender. ®

And so will TikTok and Disney, with more to come