NASA has signed on for a European Space Agency project to send a telescope to the L2 earth-sun Lagrange point in 2020, to investigate dark matter and dark energy.

L2 is a spot where the gravity of sun and Earth will keep the spacecraft in a stable orbit in Earth’s shadow behind the Earth (relative to the Sun). Once stationed at L2, the Euclid mission plans to map the position and shape of as many as two billion galaxies across one-third of the sky.

NASA has agreed to provide 20 infrared detectors – 16 in service and four spares – for one of Euclid’s instruments. The agency has also nominated 40 new members to the Euclid Consortium, in addition to the 14 US scientists now working on the mission.

The agreement formalises a Memorandum of Understanding announced in mid-2012. 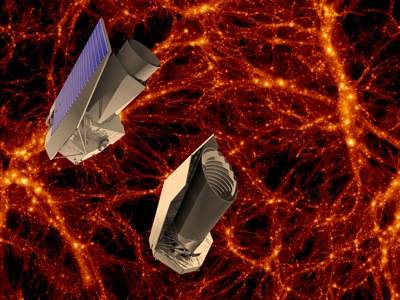 Euclid will carry a 1.2 meter optical telescope, and three imaging and spectroscopic instruments working in the visible and near-infrared wavelengths.

“These instruments will explore the expansion history of the Universe and the evolution of cosmic structures with look back time by measuring shapes and red­shifts of galaxies as well as the distribution of clusters of galaxies as function of redshift over a very large fraction of the sky,” the project’s Website states.

Given that NASA has also suggested stationing a manned craft at L2 to control a robotic moon mission, The Register hopes the Lagrange point doesn't become too crowded... ®