No search, no reproduction, and mobile sucks

As floods sweep over South-East Queensland for the second time in two years, Premier Campbell Newman took to the airwaves on 27 January advising citizens to “look at their flood maps” to decide whether they were at risk.

To quote News Limited: “residents should check flood maps which would be released on council floods maps [for Brisbane and Ipswich] later tonight.”

Being of an inquiring mind, The Register decided to take that advice, even though Vulture South is nowhere near the floods. And here’s what we find.

If you thought that a government concerned for its citizens’ safety might let them provide their address to a Google Maps-like search and see their relative flood danger, you’ll be disappointed. Brisbane City Council provides not an online flood map, but a list of PDFs.

If I were in a hurry, this seems unhelpful for at least the following reasons:

Here’s what the site looks like on a Samsung SII: 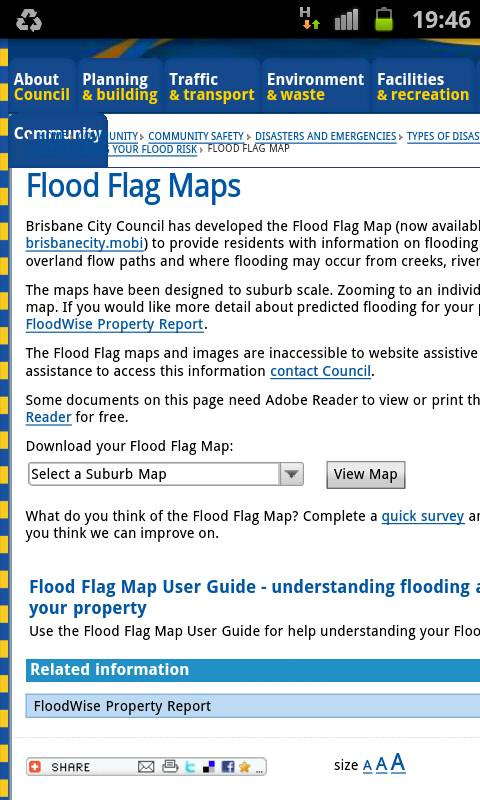 Feeling informed about floods yet?

And here, on a desktop: 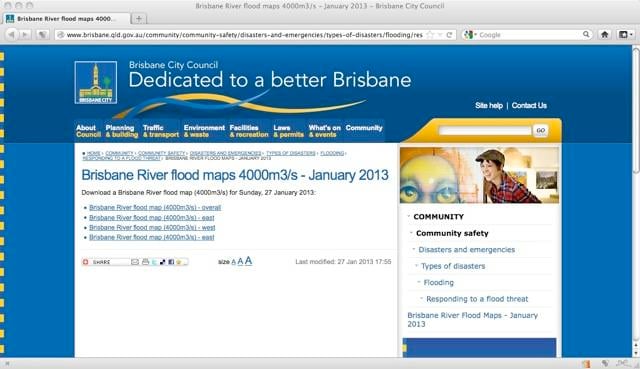 Late on January 27, a new set of maps was posted to reduce the number of maps offered to visitors – from between 40 and 50 down to four. However, the maps in the new set are overlays on satellite images, with (still) no easy way to plot a particular address on the maps, and without street directory information to guide users. 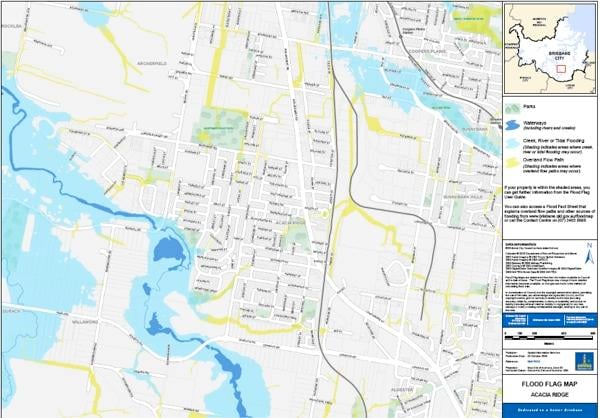 Or navigate from the home page to something that looks like this: 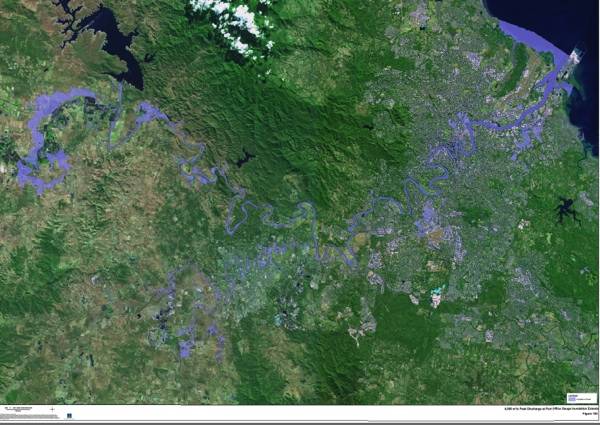 A wonderfully empowering flood map from the Queensland government

Here is a recommendation from the Royal Commission into the 2011 floods:

“Flood maps, and property specific flooding information intended for use by the general public, should be readily interpretable”.

In emergency circumstances at least, the maps fail that test. ®

Some of the criticisms made in the original story remain, we believe, valid. A PDF is of low usability on mobile devices, which should be considered at least as useful as desktops or laptops if fixed broadband and electricity are disrupted.

The PDFs are still not searchable by address. ®