When Apple rolled out iOS 6.1, its first major update to iOS 6, yesterday, it introduced a series of bug fixes, software tweaks for iTunes and Siri and also added LTE support - but none of that was any use to the disconnected and discontented sufferers of a particular iPhone software flaw: greyed-out Wi-Fi.

iPhone owners have detailed the grey Wi-Fi problem on Apple forums since September 2012, when iOS 6 first came out. One thread has 2,700 replies and over 400,000 views. The problem appears to affect all models of iPhone, including the 5. The owners of functioning iPhone 4s, iPhone 4Ss and 3 models found their Wi-Fi command button greyed out after updating to iOS 6. New iPhone 5 owners were simply unable to turn it on. 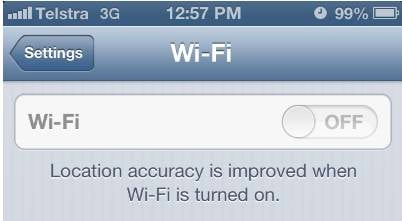 The greyed out Wi-Fi button

The iOS 6.0.1 software update brought no relief and looks like there was no fix in the iOS 6.1 upgrade released yesterday, either. The OS 6.1 upgrade is relatively slim-featured for an update, described as mainly a bunch of fixes rather than the introduction of big new features. This makes it more of a shame that this important fix has been left out.

Updated to 6.1 No solve: wifi is still grey out. Apple, that was the last iPhone i bought.

Some posters said they had downgraded their software to iOS 5.1.1, while others exchanged their handsets. But those who couldn't - because the guarantees had run out or they had bought their handsets in different countries were left lumbered with phones unable to access Wi-Fi networks.

Some turned to wild solutions: including wrapping the device in a towel and putting it in the freezer.

Another heated the device up in a special place with a hairdryer:

This is a general idea of where you should be aiming your hairdryer (the yellow highlighter). Its best to avoid the red x area because this is the battery. Keep hairdryer four five inches from the phone or higher as you wish, the hot air will still reach. Let the phone completely cool down before you start using it. 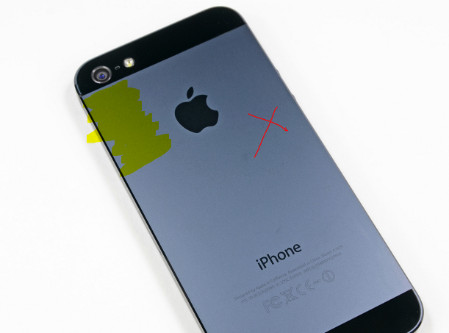 One commenter found that heating his iPhone with a hairdryer in a location just below the earphone jack allowed it to connect to the Wi-Fi network. Credit: Ibrahim, Apple support forums

Which - surprisingly - appeared to work for some.

We asked Apple for a comment and have received no reply. ®