I watched Excel meet 1-2-3, and beat it fair and square

Lotus relaxed, then blew it

I remember Lotus 1-2-3 very well. It really was as widely used as all the history-of-Lotus stories claim it was. In fact, back around, say, 1984, when almost no software package had a monopoly, Lotus already had its particular niche locked up tightly. 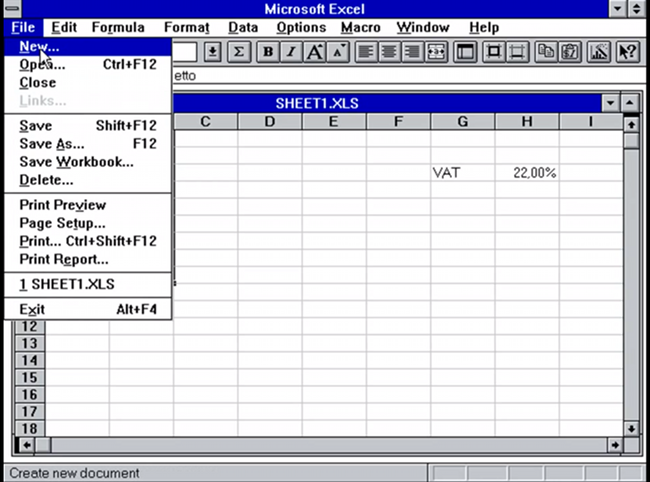 That’s right: WordPerfect was still a serious competitor to Microsoft Word — or, to be more precise, Word was a competitor to WordPerfect. Real desktop publishing, the kind that had been available to Mac users forever, was only just becoming possible on “IBM-compatible” PCs, via programs like Ventura Publisher.

While most programs were still launched from the command-line, various graphical “operating environments,” including GEM (Graphical Environment Manager), were starting to vie for dominance in that world. Windows was still just a fancy(-ish) GUI slapped on top of MS-DOS that ran the same old DOS programs, with the exception of a couple of graphics-mode showcase utilities, like a calculator.

But Lotus had its market all to itself.

I was working in the financial industry at the time, though that hardly mattered because everyone used it. If you had to do any calculations more complex than simple addition or multiplication, which everyone did at some point or other, you needed Lotus. (Note: At this time Macs were never ever used anywhere on Wall St. What was happening in that world was still irrelevant.)

VisiCalc, Lotus’s esteemed and equally dominant predecessor, had basically ceased to exist a few years earlier, and with a far smaller user base than Lotus now had simply because in its heyday not everyone in the Western world had a PC on their desk. Lotus is one of the very earliest programs I can remember getting support calls from family members and friends of family members about. Some of them were still so new at all this that they referred to it as “the Lotus,” the way your grandmother might ask you about “the Twitter” today.

Though I was writing custom software in real programming languages at the time, I had to do my share of Lotus work like everyone else. I remember regularly hacking Lotus macros, which were just recorded sequences of keystrokes. The people I worked for used them not just for calculations but also for things like parsing comma-delimited files, or creating comma-delimited files, that were exchanged via floppy disc.

One day, around 1988, when I was working at a company that did software development for the stock exchange, I stepped into my manager’s office and saw an unfamiliar program running on his PC. This wasn’t a standard green-screen DOS package — it was much more nicely designed and graphically sophisticated, and of course my manager was using his mouse rather than his keyboard. (At that point all PCs had mice attached, but you could go hours without needing to use one.)

I asked him what this program was, and he said it was Excel, a spreadsheet product from Microsoft that was a direct competitor to Lotus. I watched him work for about a minute, maybe less, and the first thought that came to my mind was: “Lotus is toast.” It was as if I’d been chiseling a message into a rock and someone walked over with a sketch pad and a fancy rollerball pen. Even if Excel had only 80 per cent of Lotus’s functionality, there’s no way anyone would not be seduced by this product. Lotus was from another epoch. Highly paid traders were starting to require more and more sophisticated calculators—ones in which they could, say, cut-and-paste with their mouse. And, of course, they always wanted the latest toys. A few years later Lotus was basically gone.

Why Lotus didn’t see this revolution coming a mile away was a mystery to me. They owned the spreadsheet market. Wasn’t someone at the company aware that command-line-based programs were going the way of the 300-baud modem?

Reading up on the company’s history only recently, I saw various explanations for their failure. They were focusing their efforts on an OS/2 version of 1-2-3; they were concentrating on their next-generation “integrated software” package, Symphony — a spectacular flop; they were hampered by bureaucracy. I still don’t know whether one or all of these were the case, but it doesn’t matter now.

It’s not easy to topple a software product that completely dominates its market (think of how many “better than Google” search engines have disappeared after a week), but it happens. It’s true that, until just recently, when the competitor that had you in its sights was Microsoft, the virtues of your product usually didn’t matter much. If they decided to crush you, that was that.

But here’s the thing: Unlike the long list of inferior MS products that have captured their markets just because Microsoft willed it, Excel was a truly great piece of software. Its triumph over Lotus 1-2-3 is one of a few cases where I’ve felt that a Microsoft product deserved to win, unequivocally. And, to put it mildly, Lotus blew it. Years after Excel had unseated it, they still didn’t have a real graphics-based version of 1-2-3. (I know this because I’d occasionally come across a diehard Lotus fan who refused to switch. This was always hard to fathom.)

There are plenty of lessons here for software companies. Lotus got complacent. They stopped innovating, or fiddled while Rome burned, or made stupid decisions. They were occupying the seat that Microsoft decided they wanted to sit it. Possibly all of those things. But this is one of relatively few cases where a software product with essentially no competition simply vaporised. Amazing. ®