Apple blocks Java on the Mac over security concerns

Will no one rid us of this turbulent software?

French blog MacGeneration originally picked up the blockade, noticing that an update to Apple's XProtect now blocks all versions of Java on OS X 10.6 (aka Snow Leopard) and above, the second time in two weeks Apple has blocked Oracle's code.

Apple, along with browser manufacturers, started blocking Java when a major security hole was discovered in the code earlier in the month. Oracle downplayed its significance, but then was forced to admit that it had a problem and rushed out a code patch (with the obligatory offers to install crapware at the same time).

Now Apple has blocked it again, and other players are starting to make moves to get rid of Java as far as possible. On Tuesday, Mozilla announced it was ending the auto-loading of plug-ins for Firefox – while not actually mentioning Java by name – and Apple has already stopped bundling it with OS X by default. 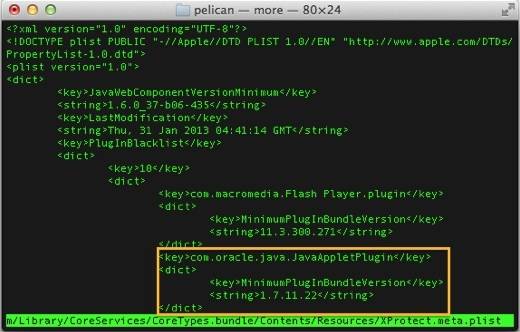 'No Java for you!', says Apple (source: MacGeneration)

The security status of Java has been under review for some time, with increasing numbers of people removing it as a precaution. Given Oracle's somewhat lackadaisical attitude towards patching its software, developers are increasingly looking for other options to avoid introducing weaknesses into their code.

But Apple's decision could spur the Java team to sort out their issues once and for all. Certainly if feedback from El Reg readers on our forums is any indication, the code is about as popular as an explosive piñata.

Both Oracle and Apple have felt unable to respond to a request for information on the issue. ®