Handy if that whole WinPhone business doesn't work out

The EU has awarded a €1bn ($1.35bn) grant to the Graphene Flagship consortium in a ten-year project bringing academics and industrialists together to commercialize graphene, and hopefully spur economic growth.

The grant comes from the EU's Future and Emerging Technologies (FET) program, which seeks to boost the introduction of advanced technology within the Eurozone. Nokia and Airbus are key industry players, but the consortium includes a total of 126 academic and industrial research groups in 17 European countries.

"Nokia is proud to be involved with this project, and we have deep roots in the field – we first started working with graphene already in 2006," said Nokia CTO Henry Tirri.

"Since then, we have come to identify multiple areas where this material can be applied in modern computing environments," Tirri said. "We've done some very promising work so far, but I believe the greatest innovations have yet to be discovered."

The funding will be used to set up a communication system to allow the scientific and business interests to meet and develop new uses for graphene and ways to integrate it into future products. It will be headquartered in the Swedish Chalmers University of Technology

Graphene consists of carbon atoms laid down in an atom-thick layer of material, and it holds great promise not only for faster and more efficient electronics but also for a host of other applications ranging from desalinization to the construction of a space elevator. 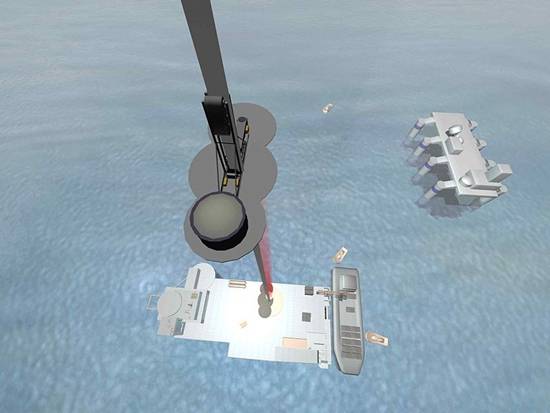 Graphene, along with carbon nanotubes, offers a promising solution to getting a space elevator in place

"Although the flagship is extremely extensive, it cannot cover all areas," said Flagship Director at Chalmers, Professor Jari Kinaret, in a statement. "For example, we don't intend to compete with Korea on graphene screens. Graphene production, however, is obviously central to our project."

The EU has been at the forefront of graphene development, with work on the material gaining Andre Geim and Konstantin Novoselov at the University of Manchester the 2010 Nobel Prize for Physics. With the grant's help, the EU now wants to get graphene out of the lab and into full-scale production.

"During the last 18 months we have seen a tremendous effort to build collaboration between European academia and industry," said Tapani Ryhänen, Head of the Sensor and Material Technologies Laboratory at Nokia.

"Now we have all the ingredients in place to be globally successful," Ryhänen said. "We believe that new two-dimensional materials will have an impact on industrial value chains in many ways, creating opportunities for new products, services and economic growth." ®

In the battle between bandwidth, latency, and starvation, we'll always be choosing two
Networks22 Aug 2022 | 23