Don’t push that into my face...

Something for the Weekend, Sir? I don't like wearing a wristwatch because it's uncomfortable. As the prime minister always says when being evasive or unintelligible, let’s be clear about this: I wear a wristwatch on most days but I find that doing so is uncomfortable. I would never wear a watch at home. I strap it on when I set off to a customer site and take it off as soon as I arrive at my allotted desk, often before I even sit down. That rubbing, restricted sensation on my skin tends to make said skin crawl.

Back in the 1980s when I was a student at Britain's smallest university - the only one that would take me after being rejected by all five choices and then laughed at by UCCA, the forerunner to UCAS - I had no problem wearing watches, bracelets, neck chains and such crap - the forerunner to bling. I used to wear a particularly affectatious and evidently inexepensive set of multiple studded and chained belts. But they were skinny and cheap and made mulletted-me look weedy: less Motörhead, more Nik Kershaw.

No matter how or when things changed for me since then, being strapped up like a supermarket chicken no longer produces the thrills today. Lord knows how I survive a necktie on that customer site – those who know me know where I’m talking about.

It's the same with shoes: as soon as I arrive at work, I have to take off my Oxfords as soon as possible. This nearly always goes unnoticed as long I wear very black socks. If I wear coloured-tipped socks, however, it gets a bit like that scene in Blake Edwards’ movie Skin Deep.

When this happens, I am forced to endure stupid remarks from stupid people, often in stupidly senior management positions for which stupidity is evidently mandatory in order to achieve their stupid promotion. Stupid.

So how the hell am I supposed to get excited by Google Glass? 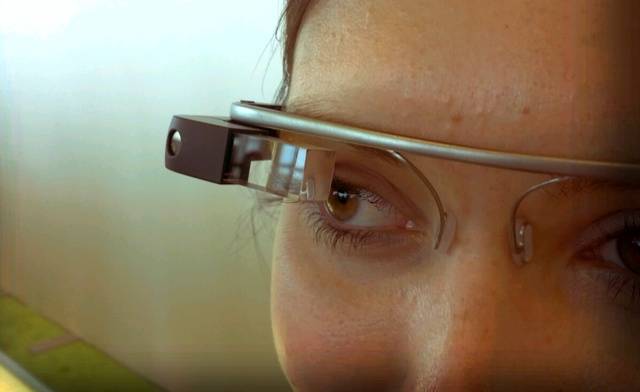 It's yet one more uncomfortable thing to stick on my body that I'm going to hate wearing. Naturally, like you, I am intrigued by the idea, if not fooled by the outrageously fake concept videos. But just imagine having that junk sitting on your face all day, sliding down the bridge of your nose in the rain and on sunny days. It's going to drive you scatty.

If you wear spectacles already, it'll be worse. Don't you just love having to wear two pairs of specs at a 3D movie? Isn't it great having one set pressing the other deep into the sides of your nose, preventing you from breathing, while the top set pushes your eyebrows together while the sharp-edged plastic slices open your forehead? And to think that manufacturers wonder why 3D TV is taking so long to take hold in the home...

The issue at hand is how to interface with digital devices, and I’m sorely unconvinced that resting things on parts of your ears and nose, or poking things into various other crevices of your body, is the way to go. It’s unseemingly retro for what’s supposed to be a digital age.

Why the clunky approach, then? Well, in the same way that the original Motorola mobile phone development team turned out to be closet Star Trek fans, I suspect the Google Glass dudes are massively into steampunk. 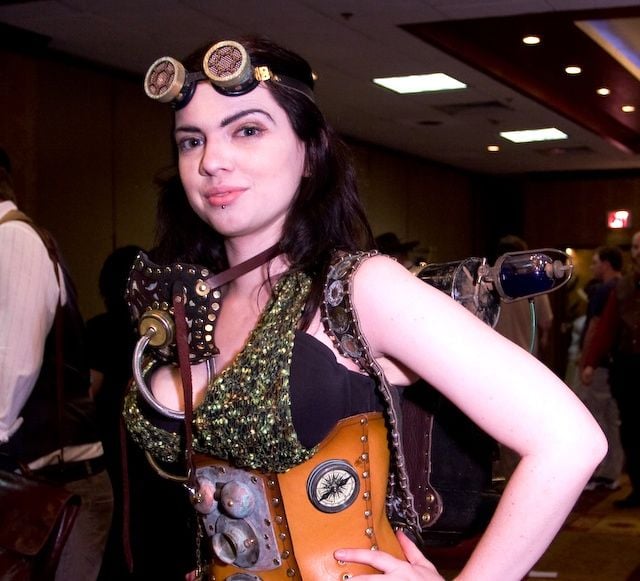 Hey, let's encourage more developers to get into the act with their own spectacle devices. Why not wear three or four sets in front of each other, each doing something different, plus nine “interactive” wristwatches - “look at the watch: it shows you the time!” - eleven pairs of app-extendable shoes, and a vibration-alert digital lightning rod rammed up your arse?

Not least, all this talk about making everyone wait until Google gets Federal approval before the product can be distributed is bollocks. It’s just more of those make-the-market-wait tactics to ensure bigger launch sales, just like Apple has done for years. Stop being manipulated! You are all individuals! You’ve got to work it out for yourselves!

Now, what really interests me is the potential biological and cybernetic solutions. Speaking as someone whose eyes can no longer be adequately corrected by laser surgery, a nice pair of bionic beamers strike me as immeasurably preferable to my existing varifocals. 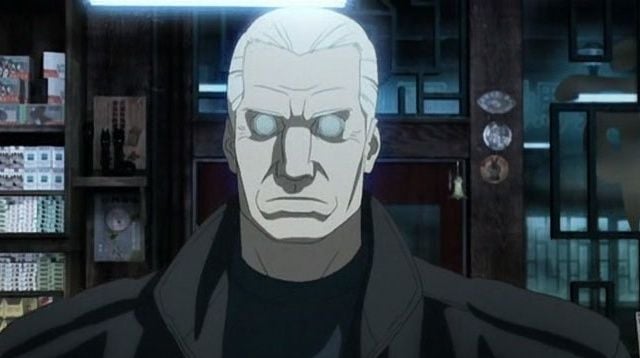 Source: 'Ghost in the Shell 2: Innocence' by Studio Ghibli/Production I.G. 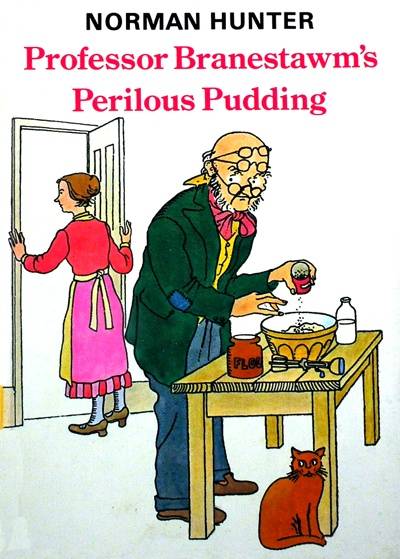 Alistair Dabbs is a freelance technology tart, juggling IT journalism, editorial training and digital publishing. His definition of ‘luxury’ is not having to wear socks. If it was up to him, he’d dispense with all clothing except something hold in his paunch. His subscription to H&E magazine is in the post.