BANG and the server's gone: Man gets 8 months for destroying work computers

Must cough £1,000 for dousing server room with Cillit

A peeved employee took revenge on his company by repeatedly spraying Cillit Bang into its servers in a three-year campaign that caused £32,000 of damage.

Edward Sobolewski was convicted of criminal damage at Oxford Crown Court on Friday and sentenced to 8 months in prison for the attacks on his employer's computers. He was also ordered to pay £1,000 in compensation. 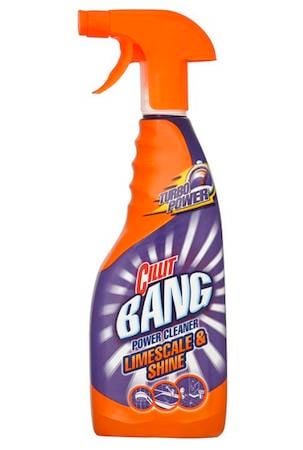 Good for stains, bad for servers

Sobolewski, an employee at market research company Frost and Sullivan, was upset he had been passed over for a pay rise, prosecutor Steve Malloy QC told the court, as reported by the Telegraph.

Between 2009 and 2012, Sobolewski apparently took revenge by pouring cleaning fluid into the servers and routinely bringing the company's systems down. The company told the court it had spent thousands of pounds paying for out-of-hours fixes and coping with downtime.

Frost and Sullivan studied CCTV footage of the server room to work out what was going wrong with the systems. Malloy told the court that Sobolewski had been caught on camera entering the main server room on a Saturday. The Telegraph reports the prosecutor's account:

He entered into the room with a distinctive purple bottle of Cillit Bang and the following day he was seen spraying it into the computer grills and then wiping the excess fluid away with a cloth. He is then seen pouring a container of liquid into one of the machines.

At first Sobolewski claimed he had been trying to clean the servers, the court heard, but he admitted his guilt when confronted with the CCTV evidence.

Sobolewski's defence lawyer said that the staffer had been extremely depressed in the years after his girlfriend left him in 2009.

Judge Patrick Eccles jailed him for the criminal damage, adding that though Sobolewski showed remorse, it was likely he would have continued his campaign of pouring limescale remover into the core servers had he not been caught.

Cillit Bang is a grime and lime spray that contains two different types of acid - phosphoric acid (H3PO4) and sulfamic acid (H3NSO3). The product guidance states that it should not be used on any acid-sensitive material. ®