2e2 for you: Should zombies be allowed to run NHS IT?

VAR's demise will focus investors on dealing with the undead 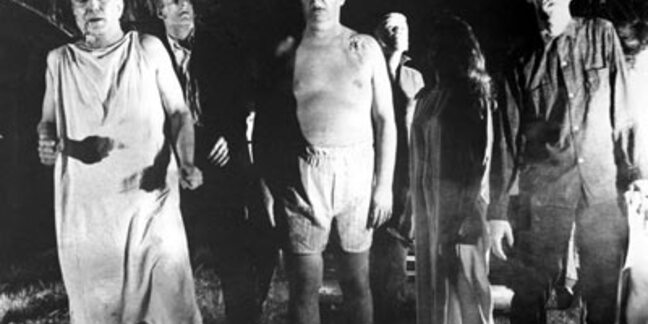 The 2e2 Group finally called in the administrators to its UK ops* late on Monday 28 January, 2013, a month or two after main senior directors were released and replaced on the instructions of owners Hutton Collins.

The IT services firm had recently re-stated a year’s accounts, was rumoured to have been in breach of banking covenants and finally, could not reach agreement on re-financing or find alternative buyers.

The acquisition-fuelled growth of the company was almost meteorically fast. So fast in fact, that the shockwaves of its collapse may reverberate for longer than the company actually exists.

This is the biggest collapse of a Value Added Reseller that I can recall in the UK in the last 21 years.

The timing of administration is crucial in that many employees expected their salary payments to be made at the end of this month and most suppliers would equally expect month-end payment to be received. That little time shift increases the level of debt faced by unsecured supplier creditors and regrettably some 300 or so employees shown the door last week apparently have been told they will not receive their salary cheques or other entitlements, though 2e2's administrators have not confirmed this.

2e2 grew at an accelerated rate through multiple acquisitions and almost wholly on borrowed money. It paid over £50m to acquire Compel and followed that with its acquisition of Morse Group in 2010, a business at the time of similar size to 2e2, paying a little over £70m.

Perhaps this was a bite too big for the acquiring fish to swallow.

Its initial forays attracted Duke Street Capital and then Hutton Collins at around the time of the Morse acquisition. But 2e2 has not made a pre-tax profit for many years. In the last five years to December 2011, its accumulated pre-tax losses amount to around £135m. Its interest payments over the same five-year period totalled some £145m. Operating profit declined from £11m in 2009 to £7m in 2010 and finally £2m in 2011 - this despite increases in revenue each year given acquisitions.

This is the sort of news that makes VCs terribly unhappy, particularly as their standard MO is to invest for a maximum period of three to five years before making a profitable exit.

Suppliers, who had shown concern for the group over a number of years, found it difficult to cut back their exposure for fear of precipitating the group's collapse - so they stuck with 2e2. Some, of course, were less invested than others - and there were moves by many to distance themselves given the re-statement, the movements in senior management and rumoured banking covenant breach. The indications are that distributors face exposure, largely if not wholly uninsured, of at least £40m.

Customers of 2e2 face ongoing uncertainty in terms of their ICT provision. Administrators have a mammoth task ahead of them having to maximise recovery while still managing a measure of product and services delivery.

There is no escaping the fact that 2e2's UK biz was essentially a "zombie", one of a legion of businesses saddled by enormous unsustainable debt and whose profits were simply unable to cope with interest payments. Sure, some interest payments may not actually be payable until the VCs take their final bow, but who in their right mind will look at the accumulated value of rising debt and take it on?

If sales had remained on an upward curve, the UK subsidiaries may have survived a little longer, but the way in which technology is delivered today no longer delivers traditional revenue stream volumes. There is now greater emphasis on managed services, hosting, and mobility along with security and cloud services. These still deliver growth but not to those businesses whose volumes have predominantly been hardware and software.

2e2 was the subject of an approach by Cable & Wireless some years ago and O2 was also reputed to have looked it over. This was at a time when telecommunications and IT were converging at a faster rate and one or two similar businesses were acquired in the United States by major telecommunications companies. As it transpired, O2 did enter a joint venture agreement with 2e2 in early 2011, creating O2 Unify, which was reported to be working well - certainly in the early part of 2012.

It’s likely that O2 will find a way of continuing and supporting its unified communications business through O2 Unify but those who outsourced activity to O2 will require more time to re-engage or bring functions back in-house.

Meanwhile, the situation is much less clear at those local health authorities that also outsourced their ICT functions with transfer of employees to 2e2.

The failure of 2e2 may be seen as positive by its competitors, but will, I’m sure, alter the parameters and indeed the level of private investment in IT companies moving forward.

There are still many "zombie" companies in this sector.

I can only hope VCs and banks show greater willingness to understand what it is they're investing in and exit without inflicting pain. ®

*2e2's administrators say there are no plans to place the 2e2 international businesses, including the 2e2CI biz, into administration. They plan "to pursue the sale of the shares of the 2e2CI businesses as going concern businesses".