Socket to 'em: It's the HomeGrid vs HomePlug powerline prizefight

Feature “Two standards, both alike in dignity,
In fair Vegas, where we lay our scene,
From ancient grudge break to new mutiny,
Where civil blood makes civil hands unclean.”

The backers of rival next-generation in-home mains power networking standards may not have come to physical blows in defence of their favoured technologies, but each is no less dismissive of the other for that. Both camps - one in favour of the ITU-T standard, G.hn; the other siding by the HomePlug AV2 specification - claim they are in the ascendant and the natural choice not merely for the now established network bridge market but also for a new role as embedded networking in ‘smart’ devices. 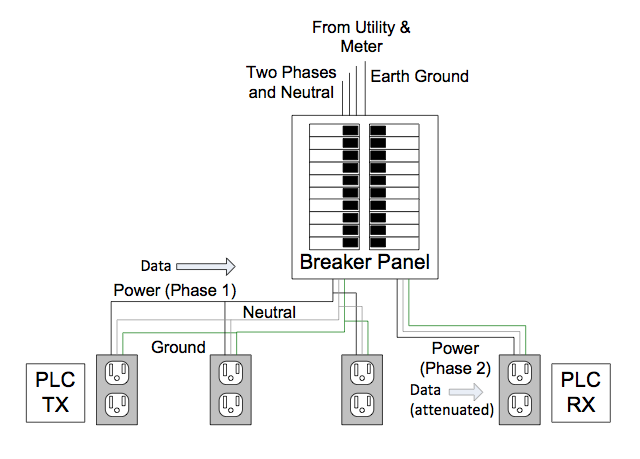 Powerline in the home

One of the two, G.hn, was finally fully approved by the International Telecommunications Union in June 2010; part of the standard, the PHY layer, had been ratified the year before. Thirty months on, G.hn has yet to arrive in products that people can actually buy and install. The organisation established to promote the standard and ensure interoperability between devices based upon it, the HomeGrid Forum, insists kit will be available in plenty of time for Christmas.

According to Forum President Matt Theall - who is also a Technology Strategist at Intel; the chip maker is very keen on HomeGrid technology - getting G.hn to market has been slowed by the accretion of new features since the standard's ratification. So, rather than release first-generation kit based in vanilla G.hn, chip makers held back - and, in turn, restrained adaptor makers. They waited for the additional, but optional technologies to come on stream first. A case in point: HomeGrid backer and silicon vendor Sigma Designs announced its first G.hn chipset back in October 2010; late last year, the Forum welcomed the company’s second-generation offering, this one bringing on board the technologies introduced in the intervening period.

The most important of these is MIMO (Multiple Input, Multiple Output), a technique borrowed from the wireless world. It allows extra signals to be sent and received, in this case down the third power wire, Earth or Ground, if it’s present. Current powerline technology uses single transmitters connected to the Live wires, with the Neutral line completing the circuit. G.hn MIMO adds a second transmitter/receiver pair, this one on the Earth wire, with the Neutral line common to both: two logical circuits on three wires.

The upshot is greater signal range and performance: a non-MIMO peak PHY rate might jump from 959.12Mb/s to 1918Mb.ps with MIMO turned on, HomeGrid supporters claim. It also gives G.hn adaptors the ability to cope with surge-protection devices, which usually considerably impede or, at worst, kill powerline signals. Surge protectors sit one the Live wire; if that’s compromised, MIMO’s use of the Earth link allows data to get through.

There’s a benefit even when the MIMO-enabled kit is talking to a plain G.hn adaptor without the extra transmitters and receivers. The powerline signal sent out by the single input, single output (SISO) adaptor on one line is picked up and propagated by adjacent wires. The MIMO receiver can use these induced signals to better deal with with transmit errors, reducing the need for data to be re-sent, increasing the effective throughout.

But G.hn’s rival, HomePlug AV2, can take advantage of MIMO too. Like its opponent, AV2 also deliver better speeds than previous generations of powerline technology by extending the frequency range over which the data-bearing signals are modulated. In HomePlug AV2’s case, that takes the theoretical maximum bit-rate from HomePlug AV’s 200Mb/s - running in the 1.8-28MHz band - to 500Mb/s using extra frequencies made possible by an optional extension to the technology. The option, part of the IEEE 1901 standard, extends the operational bandwidth to 50MHz. HomePlug AV2 extends the frequency range further, right up to the FM band at 86.13MHz, to lift the theoretical PHY rate to 1Gb/s. The consequences of these higher frequencies we’ll consider in a moment. MIMO raises AV2's peak speed from 1Gb/s to 2Gb/s. G.hn sees very similar gains for the same reasons.

In addition to Sigma Designs, there is G.hn silicon coming from Marvell, a big HomeGrid supporter. Marvell’s latest, MIMO-enabled chipset, sampling now, was the first to be formally certified by the HomeGrid Forum. Taiwan’s Metanoia has a chipset in the works that’s due at the end of Q1 or early Q2. Israel-based Tangotec, a G.hn specialist, is working on a chipset too, as is China’s Xingtera, a maker of silicon for ADSL products.