Backing up, disrupting and... worth it?

Review In my experience, backup software sucks. Normally, I chalk that up to a lack of exposure to non-crap alternatives on my part. Talking to backup admins and doing the maths on the licensing leads me to believe my original assessment is correct; there are precious few backups applications and vendors that don't cause some form of significant angst among their userbase. While at Spiceworld, I voiced this opinion.

Unitrends stuck out for me among vendors at Spiceworld for the tenacity of their marketing folk. Along with other startups in the field, they're out to make a name for themselves - attempting to reach the "explosive growth" phase. They have a loyal core customer base, decent technology and a pricing structure that threatens to destabilise the market for incumbents.

Unitrends offers its backup software via two different routes: a virtual appliance and a physical one. The company sent me one of its backup appliances for review: a Recovery 833 designed to back up about 20TB worth of data. It has an MSRP of just under $50,000. I've also taken the time to play with its virtual appliance so that I can compare and contrast between the two offerings.

The software: What do you mean, easy-to-use interface?

The heart of Unitrends' offering is its software. Whether offered as part of a virtual appliance or a physical one, it is really the software that you end up paying for. Unitrends uses both agentful and agentless backup methods. This allows Unitrends to back up operating systems via operating system images, databases such as SQL, Microsoft Exchange and so forth by being application aware. It will also back up virtual machines, virtual hosts, as well as file storage. They do just about every kind of backup you can imagine, from standard differential and incremental through to vaulting, P2V/V2V/V2P and "incremental forever" protection. (Incremental forever is Unitrends marketing lingo for near-continuous data protection in which data backed up is never more than 15 minutes old.) 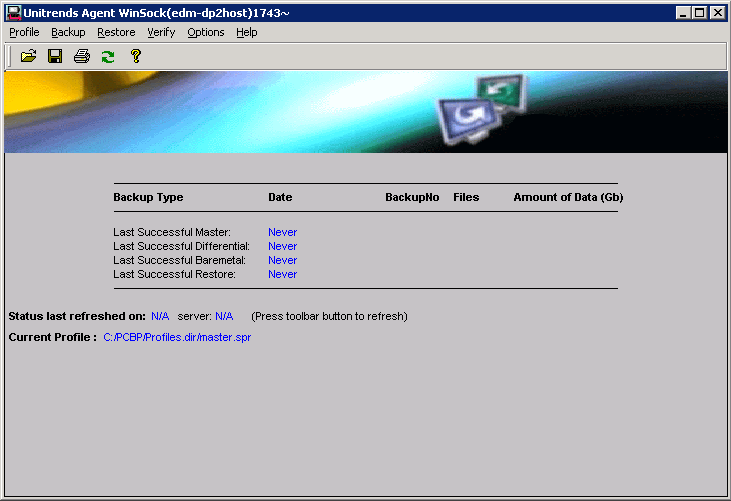 Unitrends and I could have a very long conversation about our differences of opinion regarding an easy-to-use interface. Not being an enterprise backup admin, I personally found the Unitrends software to have a steep learning curve; it took me the better part of four days to figure out how to get the software to do everything I wanted it to do. I purposefully didn't use any of the tutorial videos before diving in to the software, as I wanted to get a feel for how intuitive it was out of the box. I did take a look after the fact, and the videos are actually quite good - if you start there, you'll be fine. 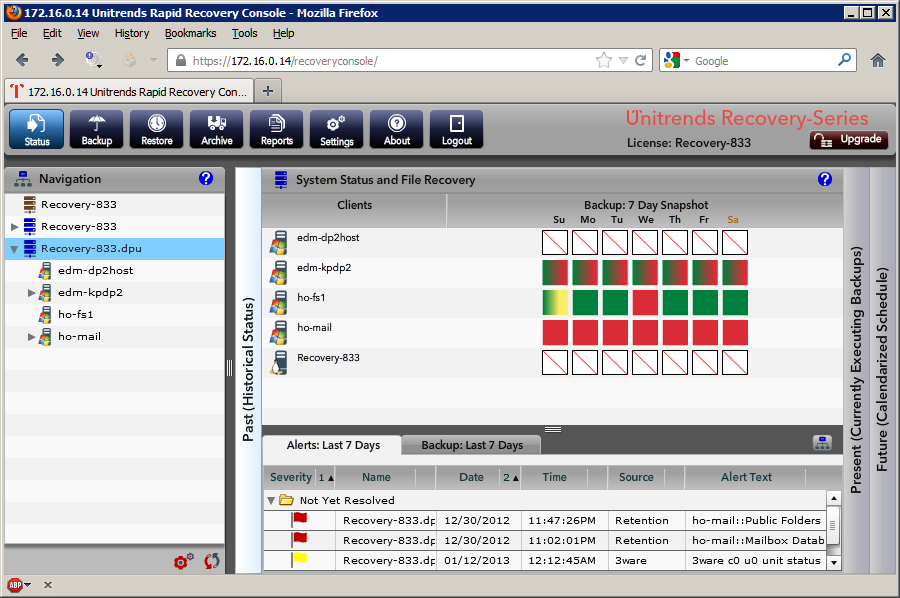 I'm not a big fan of the agent software. I really like the fact that the Windows agents install themselves without requiring a system reboot, so they get a cookie there. I otherwise find the agents to be clunky, counterintuitive, and completely lacking in what I would consider to be pretty basic setup functionality. Ideally, when I install an agent on a system, I should either be prompted with a nice wizard to connect to the relevant backup server, there should be a button that scans the network for appropriate backup servers, or both.

Instead, there's some complicated process involving selecting the appropriate backup server, registering with it, going over to the server software to configure backups and triggering it from there. Fortunately, I can generally get away without having to use the agent at all.

Once over the initial learning curve, everything within the software is laid out quite logically and there are a number of interface elements I quite like. One that endears me is the repeated use of auto-generated charts and graphs. 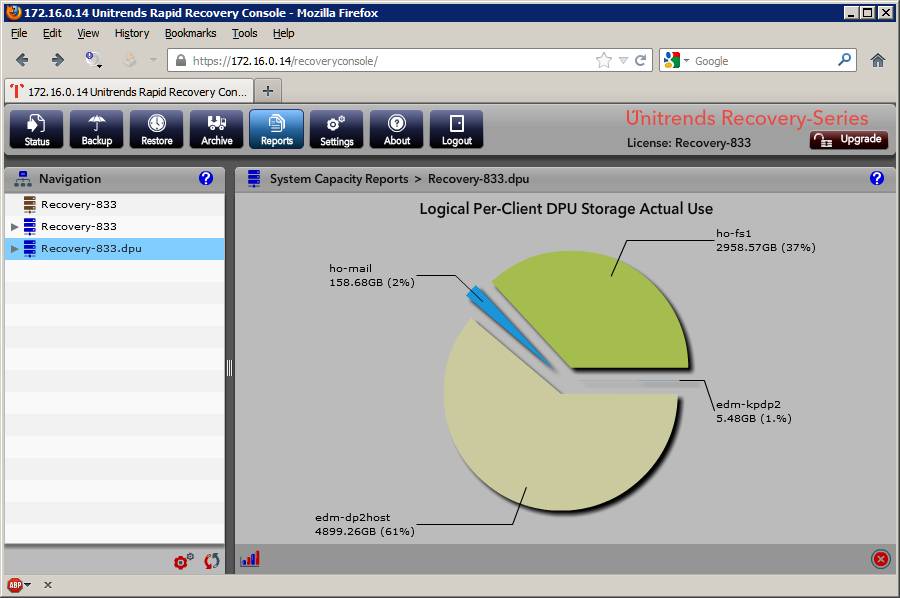 You can easily identify your storage usage, deduplication impact, and more with a simple to understand visual reference: great for copying and pasting into a presentation with the pointy-haired boss.

I'm less impressed with the error handling within the application. If your backup encounters an error, a great deal of information about that error is recorded. 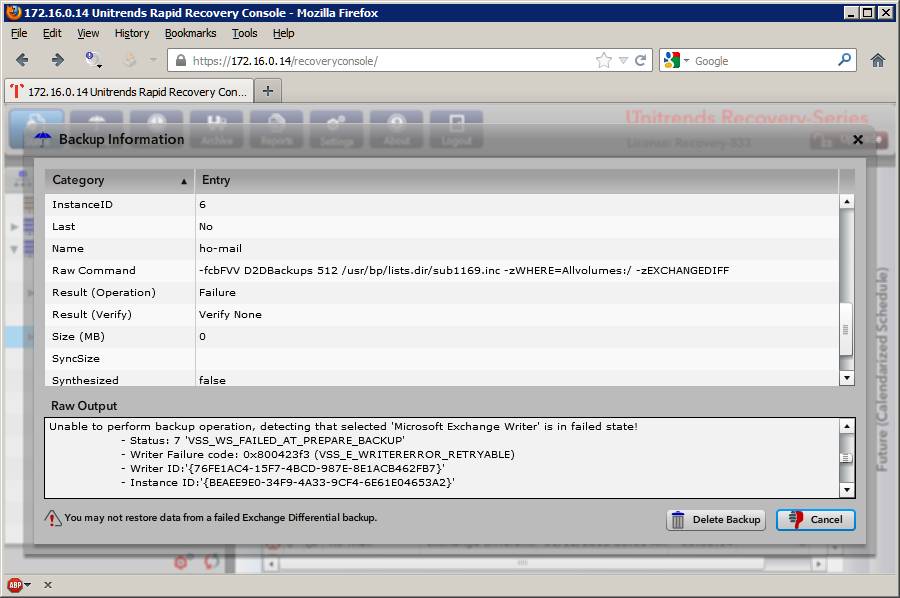 There is, however, no remediation information presented. This means your Google-fu must be strong.

Despite my grousing, Unitrends' offering is still significantly easier to use than any of the other enterprise backup software I've had opportunity to work with, the virtual appliances I played with (version 7) were easier to deploy than I would have expected. Once I figured out the underlying logic behind how things were laid out, it proved easier and more efficient than System Center Data Protection Manager, Tivoli Storage Manager, Symantec's NetBackup, or even my beloved Retrospect. It absolutely wrecks Appassure.

Next page: Why a physical appliance?
Page:

Who cares if they are authentic parts! Come to the iStore instead if you know what's good for you
Personal Tech27 Sep 2022 | 3

If you're gonna force everyone to register an account, at least protect that data, lawsuit argues
Cyber-crime27 Sep 2022 | 1