It's the best Michel Platini website we have ever seen

Michelin restaurant guides have issued a cease-and-desist notice to a blogger who has nabbed the URL michelinguides.com and filled it with photoshopped pictures of European football boss and 1984 European Championship top goalscorer Michel Platini.

The blogger bought the domain, retitled it "Michel In Guides" and filled it with images of Michel Platini, the former Juventus footballer and current President of UEFA, wodged onto pictures of guides: girl guides, gardening guides, tour guides and dog training guides. 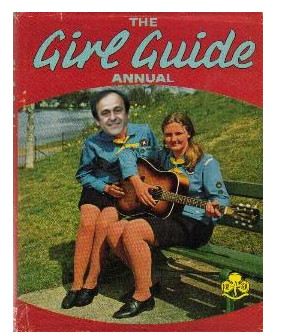 A sample post from Michel In Guides, showing Michel Platini in the guides, we don't know why either

A slip-up from the world-famous restaurant review service meant that the URL lapsed and the blogger - who according to the Sun is Adam Mascall, a 28-year-old sales representative from Luton - snapped it up for £6.

Exactly why Mascall decided to devote the site to repurposed mags featuring Platini's mug is not clear, but Mascall told the Sun he did it for "a laugh."

Michelin HQ confirmed to us that it had issued a cease-and-desist notice to the blogger and issued this statement:

As a company with a long motorsport heritage we are very keen on all types of sport, including football. While we appreciate the amusing nature of the website, as a global company, we have to ensure we do everything possible to protect the Michelin brand image.

Mascall says that he is not infringing the brand because his site is clearly called Michel In Guides, not Michelin.

We got hold of Mascall on email and he told us quickly how the £6 domain name buy and the few hours he spent on Photoshop had changed his life:

Ill be honest when this first started getting global recognition I wanted to run 8 miles in the other direction.

Being part of something viral is certainly an eye opening experience.

I've gone from a fairly quiet life to preparing for a potential TV interview with a major news organisation with nothing but a shed load of Delhi sandwiches and possibly the most seizure inducing shirt your ever likely to see.

I'm just along for the ride and hope I can do something worthwhile with this new found fame while it lasts.

Michel in Guides continues to lighten up the lives of people across the world and as long as that is the case then I think it should be able to continue.