Is social networking good for anything more than cat pics?

LinkedIn is useful... it makes you feel 'viewed'

Sysadmin blog LinkedIn made money in 2012. By all accounts it has done better than it had the year before, and as a result its stock price has soared. Despite this, I have some serious questions about the service, even as my fellow technorati fall all over themselves to heap praise upon the company.

But broad-appeal "mainstream" social networks have all proven to be failures. MySpace imploded after old media tried to control new media and failed miserably. Facebook made it big, but the real "high value eyeballs" that advertisers crave either never joined in the first place, or left as soon as we realised our parents had figured out how to use the thing. Twitter still hasn't got a business model, though this analytics thing they are toying with has promise.

LinkedIn became the social network for human resources personnel, and the people that want to schmooze them. Again: not sexy, but it has so far seemed to work. Increasingly I wonder how much of LinkedIn's success boils down to "believing the lie that it might be useful".

My concerns stem from an email I received the other day, which tells me I am among the top 5 per cent most viewed profiles of 2012. 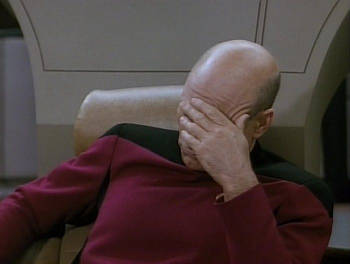 I ordinarily would have written off the email as a marketing exercise, but comments on Twitter about receiving emails about being in the top 10 per cent dissuaded me. It seems LinkedIn has in fact sent out a little email to folks based upon their own internal stats - and if I am in the top 5 per cent then I think there are some problems here.

LinkedIn offers a feature – even to shlubs like me who don't pay for the über-unicorn edition – that lets me see who has viewed my profile. I check it once or twice a day to see which PR folks are checking up on me; that way I can check them out beforehand and have some idea if I should care about them or not.

All of which is a long way of saying: "I have a pretty good idea how many of what kind of people visit my LinkedIn page." I average about 14 views a week, the overwhelming majority of which are people that have zero interest in giving me a better job than I have now. Though there sure are a lot of spammy headhunters wanting me to work for scale.

So LinkedIn doesn't do me – the product that LinkedIn has to keep happy in order to sell me to those with money – much good. It does headhunters good only in that it allows them to spam a large number of people with the right tickbox words in their profiles until they find one with low enough self-esteem to accept the bent pittance they are offering.

Even that will only hold for so long. LinkedIn is going to run into a "high value eyeballs" problem as "the people you actually want to have working for your company" begin to see the site less as a helpful and relevant service and more as a source of spam. I'd love to say my experiences are unique. Unfortunately, I hear the above gripes from a diverse cross-section of individuals. El Reg's comments section alone is full of them. 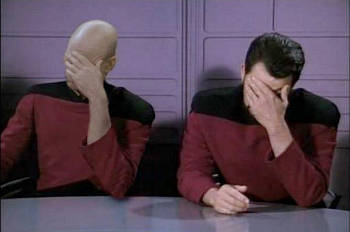 More to the point, what is the distribution curve on "views that actually might benefit me?"

In the end, how useful is this service, and to whom is it useful? How long will it stay useful to those people and what measures does LinkedIn have in place to increase the number of high-value eyeballs using that site?

The only social network to have come close to this for me is not LinkedIn, but Spiceworks. A niche, industry-focused social network is (so far) the one the only one from which I have been able to realise real value.

If LinkedIn is what we are holding up as the example of social networking done right then it is time we collectively admit that social networking is pretty much crap. LinkedIn still hasn't solved the fundamental issue affecting all other mainstream social networks: the cost to all parties involved in extracting signal from the noise. ®