Pics and vid As geeks worldwide continue to come up with inventive ways to deploy the hit Brit minikit Raspberry Pi, and the publication of a 101 uses for a...* guide is surely just a matter of time, Reg reader Ray Brooks has been in touch to show off his prototype carbot powered by the diminutive ARM-compatible computer.

Ray is a JavaScript engineer at the UK tentacle of business social network Yammer, and has applied his skills to converting a Tamiya TL-01 radio-controlled model car chassis - with a 28T "lightly-tuned" motor - into a "autonomous/semi-autonomous race vehicle". 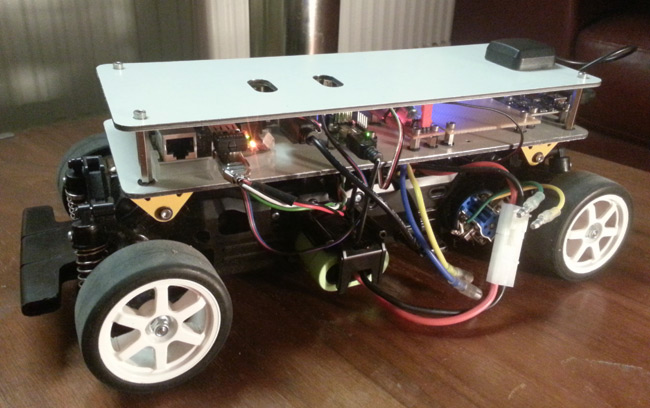 As Ray explained, the onboard kit comprises: 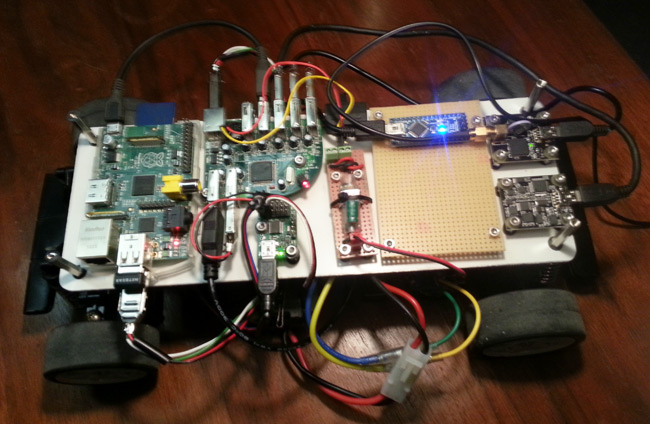 The car can be monitored via a web page hosted on the car itself, which shows its status, its spatial orientation and exact position via Google Earth (click for a bigger version):

While it currently requires some keyboard input to get things rolling, Ray's poised to mount an RPi Foundation camera to beam back images from the vehicle and a "laser-based object avoidance" system, with a view to complete autonomy.

His ultimate aim is to take on the competition in an obstacle race at Sparkfun's Autonomous Vehicle Competition (AVC), held annually over the Pond in Boulder, Colorado.

We wish him well. We're always happy to hear about reader projects worthy of a write-up, so if you're working on something tasty or provocative, let us know right here. ®