Comment It’s not easy being a television manufacturer these days. Most homes, especially in the West and the wealthier parts of Asia, now have a large flat panel TV, thank you, and don’t need another one. Sales, then, are not as strong as they once were, pushing down prices and, in turn, whittling production margins from razor thin to non-existent.

The solution? Find news feature and technologies that will encourage punters to upgrade. Alas telly makers are having a devil of a time finding any. All the key advances in flat panel technology - high-frequency frame interpolation to sidestep the limits of LCD and plasma refresh rates; LED backlighting, at the edges of the panel or behind it in an array of separately controlled lighting zones; thinner panels with all the important parts in a separate box - all these developments happened years ago. Entirely new features, most notably 3D, have largely failed to excite consumers. 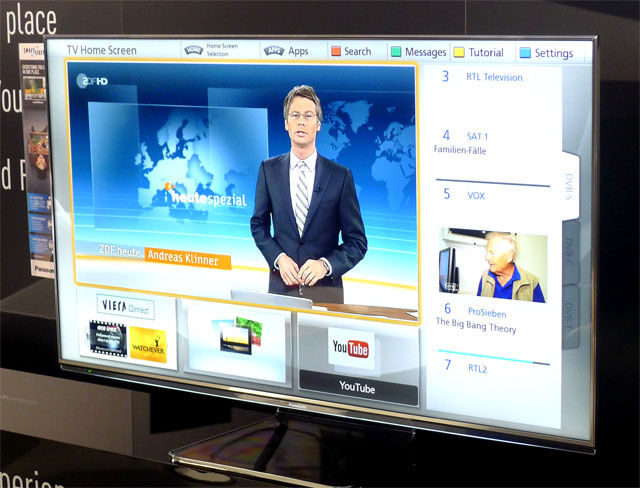 Manufacturers are eagerly eyeing Ultra HD resolution - four times the number of pixels as today’s Full HD 1920 x 1080 screens for an even more detailed picture - but the format won’t begin to mature for a few more years yet. In the meantime, they have so-called ‘smart’ TV. The problem here, as Panasonic clearly demonstrated this week at its annual European convention for resellers, held in Nice, is that telly makers have lost sight of what this means.

Companies like Panasonic have spent the last three or four years rolling out successive generations of televisions that pull in functions usually found in set-top boxes, computers and, more recently, tablets. Initially, this was about providing internet connectivity to allow TVs to access online content in addition to broadcast programming. Then, in a blatant attempt to cash in on a craze established by Apple, came the notion of delivering these services not as channels but as downloadable apps. The most recent generations of smart TV have focused on refining the ways users can personalise the set’s UI, much as they do with their phones and tablets.

Panasonic’s latest version is called My Home Screen, which allows viewers to organise apps and live TV feeds into a basic grid-like UI. More advanced models sport face recognition to allow the TV to detect who is sitting in front of it in order to present the appropriate home screen, of which there can be any number, each customised by a particular family member. Pay more and you can control your set using a limited array of voice commands. 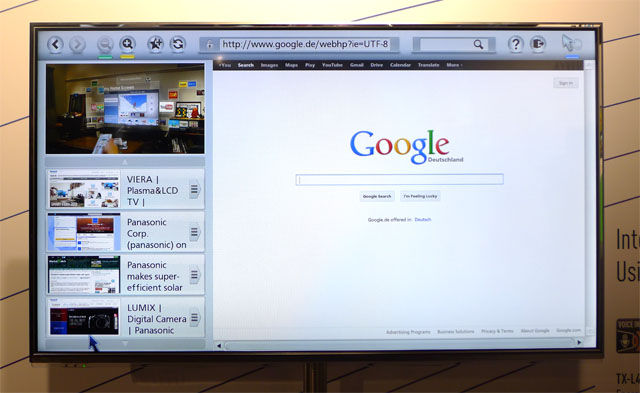 Is the TV really be best device for web surfing?

Panasonic’s UI - and, to be fair to the company, this is just as true of its rivals’ offerings - lack the aesthetic appeal of Apple’s iOS and even Google’s Android yet are so clearly an attempt to replicate their functionality.

There are plenty of surveys and focus group reports that show people like to have a second screen to hand when watching TV. It could be a laptop, may briefly have been a netbook, but is now most likely to be a smartphone or a tablet. It’s not simply about posting comments on programmes to social networks or looking up background information on a show’s stars or production crew - these days, rather a lot of folk like to have access to a wide range of apps and information sources while viewing. We live in a multi-tasking age.

TV makers naturally wondered how they could integrate this clearly desired functionality into their products. What they missed - and, if Panasonic’s efforts are anything to go by, are still failing to understand - is that it’s the availability of the second screen that makes these tasks possible.

Pragmatically, it’s easier to key in a Tweet on a phone or tablet than it is using a TV remote control. Entering text on a mobile device is a task users are accustomed to, so it requires a lot less concentration that steering a distant cursor using a remote, even one of a Panasonic’s fancy ones with a laptop-style touchpad on board, across a virtual keyboard on a TV. This requires your full attention; tapping in a message on a phone does not. If you’re are concentrating on typing, you’re not going to able to pay as much attention to the programme you’re watching. 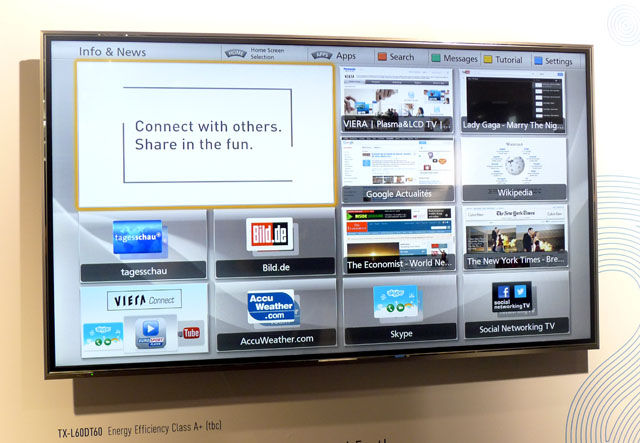 Read the papers on your tablet telly

And what about other viewers? You can’t use on-screen widgets and keyboards if other people are watching too, at least not if you don’t want to spoil their viewing experience for them. So using a second screen not only doesn’t distract you from the programme on the TV, it doesn’t distract anyone else, either.

Panasonic’s My Home Screen goes further than Tweeting while watching. Other apps and widgets present the weather, news feeds and social network updates - all the things most folk already use their mobile devices for. Some others still attempt to turn the TV into a home hub, a digital version of the notes left on pin boards or attached by magnets to fridges. Big names like Sony and O2, and start-ups like Chumby, tried to do this earlier in the decade with dedicated devices. They failed, and it’s hard to see the TV makers succeeding.

Panasonic has even re-invented the light pen - sorry, "electronic touch pen" - in bid to get tablet fans treating their telly as a giant tablet by allowing them to scribble on freeze-frame images.

Panasonic and co. may have a hard time accepting this, but the TV is not a mobile device and shouldn’t try and act like one. Especially, when there’s a job that the television does well and could do even better: present content.

Credit to Panasonic: it’s not blind to users’ preference, in certain circumstances, for mobile devices. It has software that allows programmes recorded on hard drives connected to certain of its TVs to be streamed to tablets, even while the telly is being used to watch something else. Likewise, it supports beaming content from tablets onto the big screen for all to enjoy.

This approach seems to have superseded earlier attempts to promote the range of ‘over the top’ content - material not broadcast by TV networks - that its TVs support natively. But there’s still scope to improve how its televisions make this content available. Most smart TVs in the UK provide BBC iPlayer, but few support catch-up services from other broadcasters without the BBC’s mandate to make its content readily available to licence payers. Some offer Lovefilm links, others Netflix, many now do both, but they don’t offer all their rival streaming services.

When they do, these services can be confusingly implemented: some appear as apps, while others are filed under ‘internet’ settings, or perhaps under 'premium'. Some appear under ‘catch-up’. Telly makers should take a look at YouView, the new British digital TV service. It’s not a perfect system, but it’s the first successful attempt to integrate broadcast and over-the-top services into a single, consistent UI. This is a feature consumers would buy a TV for, but for now have to turn to set-top boxes to provide. 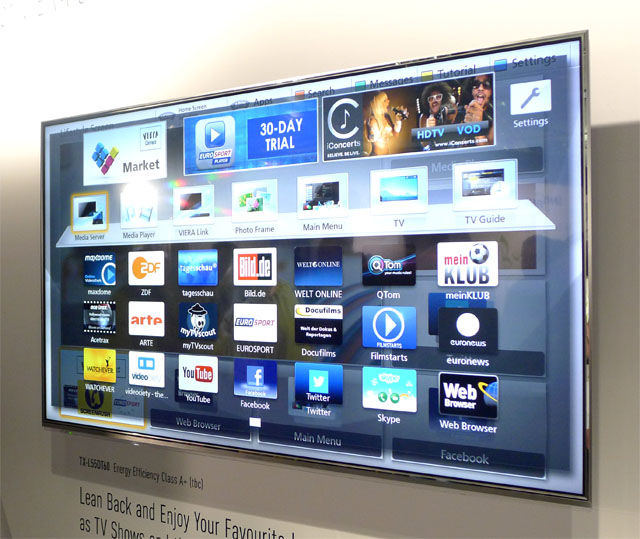 Maybe that’s what they should do. Panasonic’s stated willingness to work with mobile devices is the logical outcome of an acceptance that TVs are for presenting content supplied by other kit. That’s not going to change, especially as broadcast TV increasingly plays second fiddle to internet-streamed or downloaded content. It’s not hard to envisage a world where live broadcasts, like on-demand streams, come exclusively over the internet, to tablets, to computers, to phones, to TVs large and small. The world where the TV was placed at the centre of home entertainment is long gone. Trying to make TVs behave like other devices isn’t going to bring it back. ®