The Pirate Bay has claimed it will sue Finland's main anti-piracy pressure group, theCopyright Information and Anti-Piracy Centre(CIAPC), after the group illegally copied code from their Swedish neighbors.

"We are outraged by this behavior," a spokesman told TorrentFreak in what must surely be the spirit of irony. "People must understand what is right and wrong. Stealing material like this on the internet is a threat to economies worldwide."

"We feel that we must make a statement and therefore we will sue them for copyright infringement," they said.

CIAPC's crime was to use the infamous pirate ship image that is so hated in the Big Content industry on the front page of its website.

The copyright cops twisted the image to show the boat sinking, which no doubt passes for Wildian humor in such circles, and which should legally be fair use. But CIAPC forgot to do its homework in this case, it seems.

According to screenshots provided by The Pirate Bay, CIAPC cut and pasted the CSS style sheet from the media indexing site to obtain the image. Under the website's terms and conditions that's fine, so long as permission is sought first – but CIAPC didn't bother, it seems, so a penalty clause kicks in. 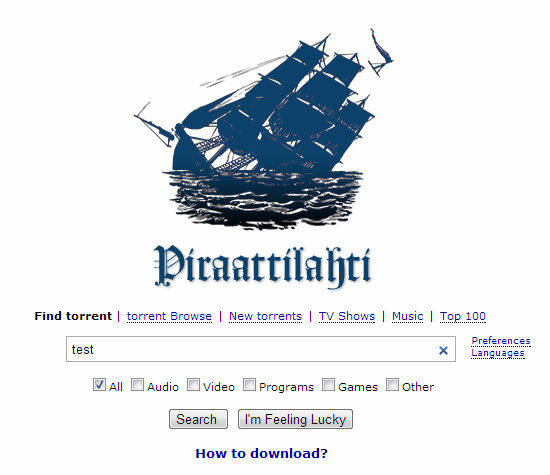 "We reserve the rights to charge for usage of the site in case this policy is violated," The Pirate Bay's policy reads. "The charge will consist of a basic fee of EUR 5,000 plus bandwidth and other costs that may arise due to the violation."

There's also the question of how CIAPC got the code in the first place. The group has spent the last few years publicly pillorying pirates and successfully forcing Finnish ISPs to block The Pirate Bay, so it's a little embarrassing to be caught out not eating its own dog food. 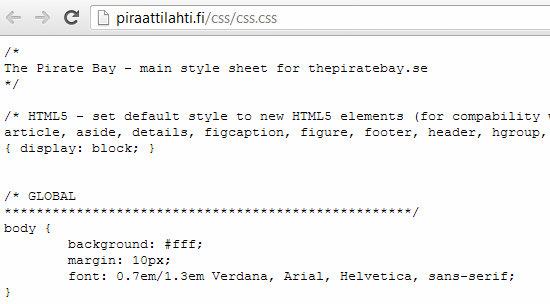 CIAPC hasn't responded to requests for comment, but El Reg suspects the chances of the group paying up are roughly equivalent to those of the New Horizons probe finding intelligent life on Pluto, and any request for payment will be filed in the recycling bin. But it's yet another embarrassing time for the organization.

CIAPC had an unwelcome sojourn in the headlines last December when it organized a police action against a Finnish copyright infringer. In an 8am raid, the fearless officers of the law apprehended their suspect (a nine-year-old girl), seized the offending hardware (a Winnie-the-Pooh bestickered laptop), and threatened her with over €600 (£485, $773) in fines.

The pint-sized pirate had apparently attempted to illegally download a single track by local pop star Chisu, but failed and bought it a day later from a legitimate source. The scale of the overkill drowned CIAPC in a welter of unwelcome attention and it quickly relented, returning the laptop and dropping all charges.

A month later the group reported that a bomb threat had been made by Finnish members of Anonymous against its offices, but the group (presumably known as Anonyymi in the locally spoken Suomi), denied the allegations and so far it has been all quiet on the Finnish front.

It's not outside the realms of possibility that The Pirate Bay's crew are just yanking the Finnish pressure group's chain, but it's a good example of how easy it can be to fall foul of all those pesky media-management rights that Big Content is so keen on. ®