Security breach could have chilling effect

Computer scientists at the Friedrich-Alexander University of Erlangen-Nuremberg, Germany (FAU) have demonstrated that it is possible for unauthorized parties to recover data from encrypted Android smartphones using cold boot attacks. And when they say cold, they mean it – below 10°C, to be precise.

Android has included built-in full disk encryption since version 4.0, aka "Ice Cream Sandwich". It comes switched off by default, but once activated it permanently scrambles the device's storage such that it cannot be accessed without entering the correct PIN or password.

Or so it would seem. But according to a research paper by Tilo Müller, Michael Spreitzenbarth, and Felix Freiling of FAU, cold boot attacks can allow hackers to extract some or all of the data from Android devices, even with encryption enabled.

Technically speaking, cold boot attacks are so called because they involve cold booting a device, meaning you cycle the power without allowing the operating system to shut down properly. Put simply, you pull the plug.

We've all been taught that when you cut the power to a device, the contents of its memory are lost. In truth, however, that doesn't happen instantly. RAM chips exhibit a property called remanence, which means their contents fade over time, rather than disappearing all at once. If you can access the memory before it fades completely, it's possible to reconstruct the data that was there before the lights went out. 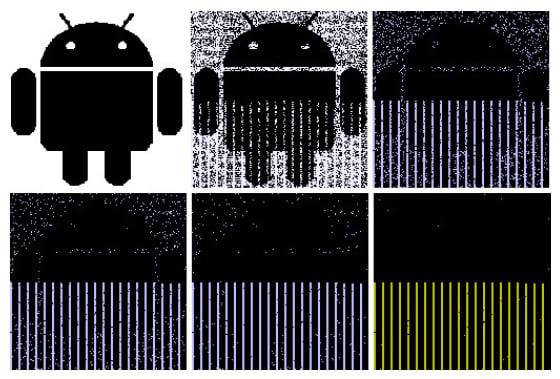 Going ... going ... gone! Once the power's cut, the contents of RAM fade with each passing second (source: FAU)

Naturally, you have to move fast. You probably have no more than a few seconds to extract the data. But one peculiar thing about the remanence effect is that the contents of RAM fade more slowly at lower temperatures. The colder the chips, the longer their memory – meaning cold boot attacks really do work better at colder temperatures.

Doubtless you can see where this is going. That's right – the key to cracking the encryption on an Android phone is to stick it in the freezer awhile.

An hour in cold storage and your captive will be ready to tell you everything (source: FAU)

How to hack a frozen phone

To demonstrate their method, Müller & Co used a Samsung Galaxy Nexus handset. They chose that model because it was one of the first devices to ship with Android 4.0, and because it runs on a stock Android experience, with no modifications from the manufacturer to complicate things.

A full, step-by-step walkthrough of their process, complete with photos, is available on their website. In a nutshell, however, it involves abruptly powering down the device by pulling its battery, then booting it using a custom-built Android recovery image called FROST – short for "Forensic Recovery of Scrambled Telephones" – designed to extract encrypted data from RAM using a variety of methods.

The team first made sure the phone was switched on and had a healthy charge in its battery. Then it was time for the freezer. They found they got their best results by allowing the device to cool to below 10°C, which took about an hour. (As expected, higher temperatures yielded less reliable results.)

Once the phone was sufficiently chilled, they jiggled the battery and popped it out as briefly as they could to shut down the device. Then they immediately rebooted while holding down the combination of buttons that puts the device into "fastboot" mode. Once the device was in this mode, the researchers could use a PC to load their custom FROST module into its recovery partition. After that, one more reboot and the mischief was ready to begin.

FROST can be used to extract data from encrypted phones in three main ways. The first is to search the device's RAM for AES encryption keys; recover they keys and it's possible to decrypt all of the data on the device.

The second method is to use a brute-force attack to guess the user's PIN, which can also be used to crack the encryption. Brute-force attacks normally aren't the most efficient way to bypass a security mechanism, but the FAU researchers note that many smartphone owners use weak PINs.

Finally, if the other two methods don't yield any results, FROST can also download a full image of the device's memory to a PC, which can then be used to conduct further attacks using additional tools.

Müller and his team have made all of the source code to the FROST module available on their website, along with a precompiled binary that anyone can experiment with.

If giving away such a potentially dangerous tool seems rash, however, the researchers are quick to point out that similar methods of bypassing encryption have been understood for years. What's significant is that Android's implementation of on-device encryption is vulnerable to these known techniques, which means additional countermeasures will need to be developed to more fully harden the OS.

In the meantime, the researchers plan to continue to experiment with their methods, with the aim of bringing them to bear on Android devices other than the Galaxy Nexus. Their next planned target? Google's Nexus 7 fondleslab. Does anybody need anything from the fridge? ®