Long-term civilization on a single planet is impossible

Comment The twin visitations from our solar system on Friday – one expected and one not – are yet another signal that mankind really needs to get out and about a bit more if we are to survive as a long-term species.

Those with an interest in space had already blocked out Friday on our calendars for the flyby of the asteroid 2012 DA14 a scant 17,150 miles (27,600 kilometers) away. But over a thousand Russians are nursing their wounds from an unexpected airbursting meteor, parts of which now appears to have just missed a major nuclear facility.

Russia has had more recorded impacts from space junk than most, thanks to its vast expanse and extended latitude over a good chunk of the Northern Hemisphere. The 1908 Tunguska Event is the most famous; that explosion went off with the force of a thermonuclear weapon and left massive devastation. By some estimates if it had come minutes earlier the major cities of Europe could have been in the firing line, including London – then the world's capital city.

As for 2012 DA14, it gets its prefix because it was discovered barreling down on Earth less than a year ago – and today's flyby was very close indeed. In astronomic terms 17,150 miles is nothing, and if its trajectory were slightly altered we'd have been looking at a major impact, although on the bright side global warming wouldn't have been such a major issue any more.

This isn't going to descend into mystical predictions of a deity or Mother Nature–type universal spirit sending us a message; science doesn't work like that. Friday's visitations are nothing more than a reflection that we now know what asteroids are, can detect them at ever greater distances, and are starting to look actively for them – but still get clobbered unexpectedly.

As our understanding of the Earth and its place in the cosmos grows, it has become increasingly clear that if humanity is to survive to a decent age in galactic terms, then we're going to have to have a backup plan because we could be bombed back to the Stone Age (or fossilized altogether) at any time.

Mankind's history is replete with tales of glowing balls in the sky and falling rocks as a signal of doom or massive upheaval.

The Bayeux Tapestry shows Halley's Comet presaging doom for Britain as the French William the Bastard set off for England to change his suffix to Conqueror back in 1066. Further back in the fourth century, the Roman emperor Constantine is thought to have been inspired by a meteor to beat his rival Maxentius in a battle that unified the empire. 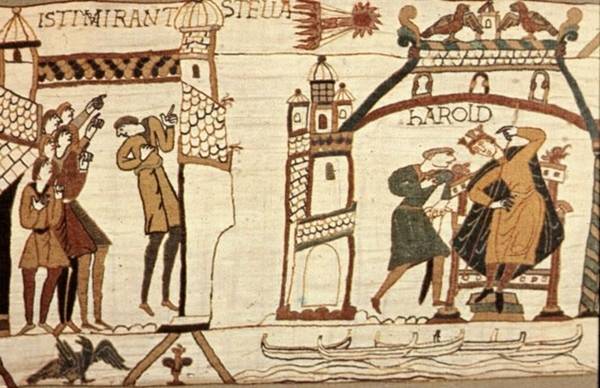 Religions have always been quick to try and explain such things. Contemporary historian Bishop Eusebius wrote that Constantine believed the meteor was a sign from the Christian god, and this led the emperor to convert and establish the faith's major status. The Black Rock that devout Muslims make pilgrimages to is also thought to contain a meteor, and even today there are many who will claim that the latest Russian explosion is a sign from some god or other.

But before we get too snooty about faith, let's not forget that it has only been in the last 250 years or so that in some quarters of science have even accepted the existence of falling chunks of rock from the sky. In 1803 the French Academy of Sciences was hotly debating the issue when a shower of 3,000 objects fell on the nearby town of L'Aigle in broad daylight, which settled the argument once and for all.

Since then explorers and geologists have found a few giant impact sites, particularly in large meteor crater lakes around the world, but it wasn't until we moved into space and started looking down on the planet's surface that we saw that there were many more massive impacts than first thought.

One of the most worrying for humanity if the now infamous Chicxulub impact, caused by a six miles (10 km)–wide monster rock that effectively wiped out the prime species of the day, leaving mammals to pick up the pieces. It has recently been suggested that our search for intelligent life should be confined to planets and systems that suffer minimal bombardment for just this reason, since too many impacts may leave it impossible for advanced species to develop.

A meteor could even have accidentally brought about the end of modern civilization back in 1972, when one got within 35 miles of ground-level over Utah. Had it hit, projections suggest a two kiloton airburst directly over the US that, given the state of Cold War tensions at the time, might have triggered global thermonuclear war, dipping us into a medieval lifestyle for generations. 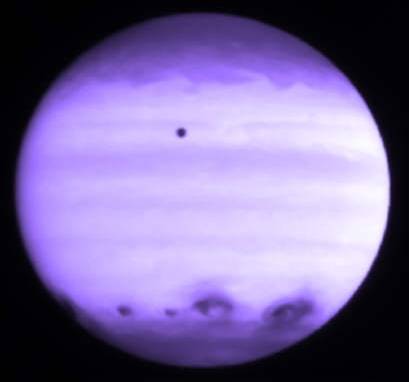 The scars of Shoemaker Levy

Then in 1994 astronomers got a birds-eye view of the kind of asteroid strike that might kill all life on Earth right down to bacterial level. Comet Shoemaker-Levy 9 broke apart and slammed into Jupiter at 134,000 miles per hour, with just one fragment punching a 7,450 mile (12,000 kilometer) hole in the gaseous giant that took months to heal over.