What do YOU look for in a tech CEO: Smart, sales savvy, his own hair?

Channel player would like to meet tech CEO with solid sales background, understanding of the IT distribution channel, and no commitment issues. Relaxed attitude to rebates an advantage. Smokers, short-arses and visionaries need not apply.

Is that too much to ask? Many industry veterans might tell you it is.

Most channel players will tell you what they do want is reliable products, consistent strategy and the sense that the vendor understands the importance of routes to market. This in turn implies that a vendor’s CEO should have a deep and informed understanding of where a the market is going and can introduce changes that anticipate the future while understanding the needs of the present.

In this sense, a tech company’s CEO is as important to the channel as its channel managers. For if the CEO takes a company in the wrong direction, the impact cascades all the way down to the channel and ultimately catastrophically affect sales. 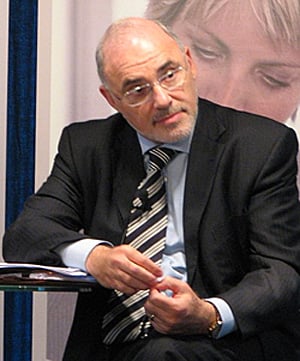 Leo Apotheker's decision to consider a spinoff or sale of HP's PC biz sent the channel into a tailspin.

Remember HP’s short-lived CEO Leo Apotheker? He said the PC giant was going to become a software company. Shortly after his announcement some end-customers understandably abandoned multi-million pound HP hardware deals. Some resellers were truly left up the channel without a paddle. Apotheker is almost the definitive textbook example of a CEO appointment that has gone spectacularly wrong. HP's relatively new CEO, Meg Whitman, seems to have injected a new sense of purpose, and a rake of resellers claim to be happily profiting from the hardware titan’s products.

But it hasn’t always been like that and how it long it will remain so is a moot point. But a CEO who understands sales can certainly make a difference. In an earlier transition at HP, Mark Hurd replaced HP’s Carly Fiorina in 2005, and applied his management skills to reduce costs and build a successful distribution system on the web, without dramatically undermining the established product channel. 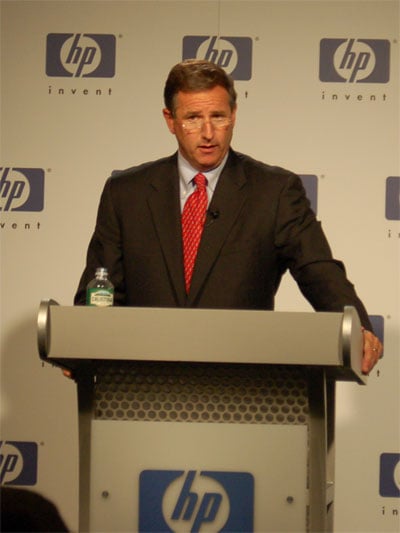 At the time the channel was largely sceptical but as partner programmes were refined, support for enterprise product lines increased and the company listened to partners it became clear that the channel was still a priority.

Hurd was in a sense the classic technology CEO with a strong grounding in sales. Prior to taking up his role at HP he'd spent 25 years at NCR. He began as junior salesman working his way up through a series of roles in sales and marketing, general management and operations before spending two years as CEO and president. The sales route gave him with intimate knowledge of the "coalface".

But if sales experience was the only criteria for a successful CEO then why is Microsoft struggling?

Steve Ballmer is a textbook example of a salesman CEO. His jaunty bouncing and thrusting across the stage at conferences is legendary. It’s classic, pumping-fists-in-the-air sales leadership. But while this may be great in conference venue, it’s arguably a liability on YouTube.

It's not just about sales

But today what Microsoft needs is clear strategic vision. Its long-held monopoly is slowly but steadily eroding and its strategy seems to be based on repositioning itself in line with industry trends, such as delivering cloud-based software, and alienating legion channel players in the process.

Several channel players have pointed out that Microsoft is edging ever closer to a direct sales model by dropping products from the reseller roster and offering its software for direct download. Channel support for the launch of its major new operating system Windows 8 has also been scant with little beyond typical certification and accreditation programmes. Ironic, given Ballmer’s historical understanding of the value of partnerships.

So, a career galvanised in the furnace of sales experience can light up a company’s sales, but can also see it crash and burn.

One company in this mould, before it was gobbled up by Oracle, was Siebel. Its founder and CEO, Tom Siebel, was once one of Oracle's top salespeople. When he was at Oracle he came up with a new sales force automation app that eventually led to the birth of Siebel.

The company not only cornered the market, it created the impression that it actually owned it. Conferences and trade shows were splattered with Siebel-sponsored beer mats, doilies, cups, in fact just about anything that could be slapped with a logo. There was the sense that if you stood still for too long you’d end up with a Siebel tattoo on your forehead and a Siebel chip in your arm.

Its sales conference also had a slightly disturbing edge, more reminiscent of a political rally than a supposedly inspiring motivational event. For example, one event had flags draped from both sides of the hall displaying images of Tom Siebel. There were also legendary tales about his egotism, with one particular story claiming that every time he visited the UK office, pictures on the wall were lowered to his eye level.

While undoubtedly a software giant, Siebel was not a literal one. Customer relationship management (CRM) was a new technology market and Siebel certainly carved out its place, growing very big in a very short time. However, it was hit hard when enterprise-wide CRM projects began to fail on a grand scale. Many of the problems were attributed to a failure to address the business process and cultural change needed to successfully implement CRM. At the same time, many smaller CRM software companies were improving their user interfaces and introducing other refinements that made projects easier to handle. Siebel's decline was inevitable. It had grown too big and ponderous to respond quickly to shifting dynamics and in a sense had been a victim of its own success.

Next page: A 'driven' CEO will also need a high IQ, foresight and a bit of political knowhow
Page: