Epic, Spotify, ProtonMail and pals rise up against Apple's 30% cut, call for end to Cupertino-style markets

A top astroboffin has hinted that an upcoming paper will reveal a major breakthrough in dark matter research. 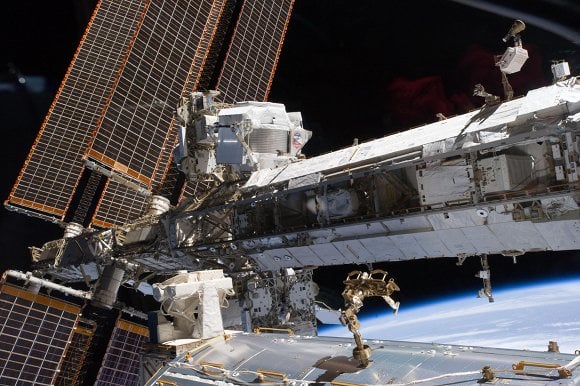 The AMS installed on the S3 truss of the ISS

MIT scientist and Nobel Laureate in Physics Samuel Ting told reporters at the American Association for the Advancement of Science (AAAS) that the first results from the costly Alpha Magnetic Spectrometer (AMS) are ready.

The spectrometer is a particle collector mounted on the outside of the International Space Station to comb the void for high-energy particles or cosmic rays. Ting heads up the AMS project, whose experiments are among the most expensive ever conducted in space.

Ting wouldn't say exactly what the AMS has come up with, but he said the results will concern the mystery of dark matter, the invisible material that in theory makes up a significant portion of the universe: about five per cent is said to be visible atomic matter, and the rest is a bit of a mystery.

"We've waited 18 years to write this paper, and we're now making the final check," Ting was quoted as saying by the BBC and others.

"I would imagine in two or three weeks, we should be able to make an announcement.

"We have six analysis groups to analyse the same results. Everybody has their own interpretations, and we're now making sure everyone agrees with each other. And this is pretty much done now."

Boffins theorised that dark matter is made up of weakly interacting massive particles, colourfully known as WIMPs, which interact only through weak nuclear force and gravity, and are relatively massive and cold. Simply put, the WIMPs don't interact electromagnetically with normal matter and thus are dark and invisible. 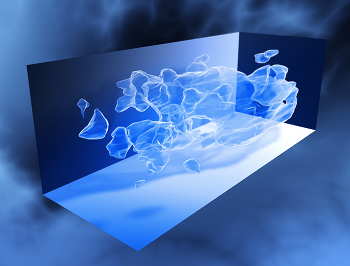 3D distribution of dark matter in the Universe

WIMPs also have their own antimatter partner particles. It is understood when matter and antimatter bits meet up, they destroy each other; in the case of WIMPs, it is possible they leave behind a pair of resultant particles: an electron and a positron (an antielectron).

The AMS can detect the electrons and positrons produced by, what's believed to be, these dark matter annihilations. The $2bn experiment was installed on the Earth-orbiting space station in May 2011 and has so far detected 25 billion particle events, including about eight billion electrons and positrons. The results could show how many of each were found and what their energies were.

The number and spread of positrons are what will point to the detection of dark matter. Electrons are already all around us, but there are fewer known processes that give the universe positrons. Also, scientists expect positrons from dark matter to be spread evenly through space, not shooting through space as they might from a star explosion.

AMS is not the only experiment out there trying to find dark matter: there are also a number of investigations going on at the Large Hadron Collider, which could verify any AMS findings. Michael Turner, of the Kavli Institute for Cosmological Physics at the University of Chicago, said that this could be the decade of dark matter.

"If we get very lucky, if Santa answers our wish-list, we could get a triple signature of the dark matter particle, by seeing the annihilations, by directly detecting it, by producing it at the LHC - all three of these methods are sensitive across the same mass range." ®