Too late for Burger King, but maybe not for you

Following a recent spate of incidents in which high-profile accounts have been compromised by hackers, Twitter has implemented a security protocol designed to make it harder for fraudsters to send out emails that appear to come from Twitter.com addresses.

"We send out lots of emails every day to our users letting them know what's happening on Twitter," the company's postmaster, Josh Aberant, wrote in a blog post on Thursday. "But there's no shortage of bad actors sending emails that appear to come from a Twitter.com address in order to trick you into giving away key details about your Twitter account, or other personal information, commonly called 'phishing'."

To help curb such attempts, Aberant says Twitter has begun using Domain-based Message Authentication, Reporting, and Conformance (DMARC), an email-authentication technology developed by a number of prominent online companies, including AOL, Comcast, Facebook, Google, Microsoft, PayPal, and Yahoo!, among others.

At the heart of DMARC are the decade-old DomainKeys Identified Mail (DKIF) and Sender Policy Framework (SPF) mechanisms, which can be used to attach digital signatures to emails and validate their authenticity.

Because DKIF and SPF are difficult for organizations to implement effectively on their own, however, DMARC establishes a way for companies to collaborate and establish shared policies so that spoofed messages are recognized and handled appropriately.

"While this protocol is young, it has already gained significant traction in the email community with all four major email providers – AOL, Gmail, Hotmail/Outlook, and Yahoo! Mail – already on board, rejecting forged emails," Twitter's Aberant said. 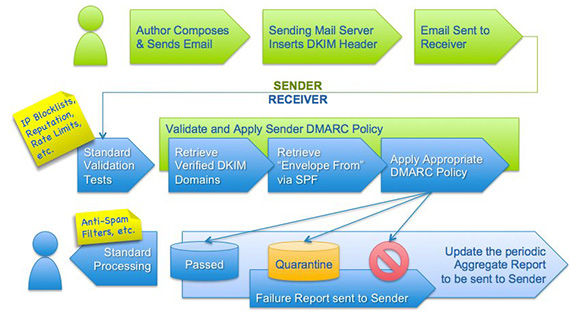 Getting duped into giving away a Twitter account password would leave any average user red-faced. But it can be particularly bad news for celebrities and companies that use the site as part of their online marketing strategies, as several have already learned.

Just this week, an unknown prankster gained control of the Twitter feed for fast-food chain Burger King and let loose a series of bizarre posts promoting its rival, McDonald's. Twitter quickly shut down that account, but Jeep fell victim to a similar attack the next day – and these were hardly the first such incidents.

It's not known just how hackers gained control of each of these accounts, but phishing for the passwords could certainly have been one way. Now that Twitter has implemented DMARC, however, such methods are far less likely to be successful – provided, of course, that the targeted Twitter account holders' email systems also support it.

If you're unlucky enough to be among that group, however, you'll have to deal with the phishing problem another way – and there's always Top Gear host Jeremy Clarkson's method. ®