The internet is aflutter with rumours that millionaire Dennis Tito, the world's first space tourist, is planning a private manned mission to Mars in just five years' time.

The wires were set jangling by a press release announcing a "once-in-a-generation space journey", details of which would be given at a press conference on 27 February. According to the release, the conference will detail plans for a "historic journey to Mars and back in 501 days", due to kick off in January 2018.

Tito, who paid $20m for a trip to the International Space Station in 2001, will be joined at the conference by the chief exec of Paragon Space Development Taber MacCallum and Jane Poynter, chairwoman of the same, as well as Jonathan Clark, associate professor of Neurology and Space Medicine at Baylor College of Medicine.

While reports immediately jumped to the suggestion of a manned mission, given that Tito does like going into space, there's no mention of 'nauts in the press release and just sending a private ship to Mars and back would be pretty darn impressive.

However, as science blog io9 points out, Jeff Foust of NewSpace Journal does have some data to back up the idea that the historic journey could be manned.

According to the programme schedule for next month's IEEE Aerospace Conference, Tito will be hosting a session titled "Feasibility Analysis for a Manned Mars Free Return Mission in 2018". Even more tellingly, among the authors of the paper Tito is planning to present are MacCallum and Clark, who are also due at the press conference. 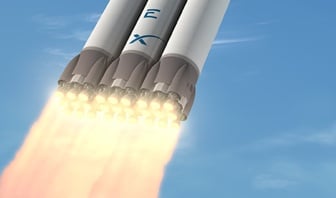 A copy of the paper seen by Foust talks about a manned mission that would fly by Mars, not into orbit around it or to land on it, but to reach and see the Red Planet. The mission would be made possible using a modified SpaceX Dragon on a Falcon Heavy Rocket. Just two people would be able to go along, albeit in "survival need only" levels of comfort.

There's no mention in the paper of how much such a mission would be likely to cost, but it does say that if the 2018 window was missed, the next chance of a good trajectory would be 2031.

Leaving aside the fact that if Tito is the one going on the near 17-month trip and thus will be 77 years old by the time 2018 rolls around, there are a number of issues the paper and/or press conference will need to address.

First of all, the Falcon Heavy hasn't actually been to space yet. In fact, it's yet to get off the ground. The first demo flight is scheduled for sometime this year and it's not due to go on NASA's manifest until December 2017. Added to that in the hardware aspect of the trip, the SpaceX Dragon capsule hasn't done any manned work yet and it's not expected to until 2015. Both bits of gear will want to be extensively tested with repeat trips at least as far as the ISS, and probably to the Moon, before anyone will want to saddle up for a trip to Mars.

But the biggest problem has to, of course, be the flight time. Sergei Krikalev has spent the most time in space of any human, totalling just over 803 days, but that was over six spaceflights in a variety of vessels over his career. Valeri Polyakov spent 437 days on the Mir space station, but that was with significantly more space than in a Dragon capsule.

Any space station crew is regularly monitored to check their health and each 'naut needs to be exercising to stop muscle and bone wastage problems related to low and zero gravity environments. How two space travellers will be expected to manage this in a room that can only hold a maximum of seven people at all is a mystery. Not to mention how they'll avoid the psychological stress of such cramped conditions. 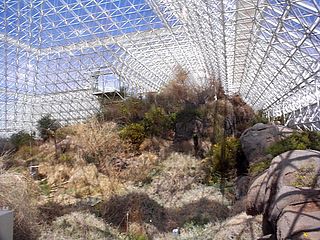 A more intriguing proposition for a potential payload for a mission to Mars comes from the careers of some of Tito's colleagues. Both MacCallum and Poynter were members of the Biosphere-2 project, which tried to build a completely isolated environment inside a giant structure in the 1990s. The $200m experiment choked on carbon dioxide and was overrun by ants.

The Biosphere alumni may be involved in the Mars mission to lend some expertise in how the 'nauts will deal with their trip, but it's also possible that they're planning on sending something else to the Red Planet instead. Any experiment that sees how Earth organisms of pretty much any description survive such a long space journey will be valuable science.

However, even if Tito and his colleagues are simply thinking of contracting a craft to just go to Mars, that would still be a massive step forward for private space exploration. The press release says the mission "is intended to encourage all Americans to believe again, in doing the hard things that make our nation great". Just getting there using a civilian craft should be enough to do that. ®