HP has used Mobile World Congress in Barcelona as the stage to launch into the Android tablet market, with the new Slate7, a 7-inch unit based on Android Jelly Bean 4.1.

Shipping from the mobility unit headed by ex-Nokia executive Alberto Torres, who joined HP last year, the Slate7 will arrive in April (which previous experience hints means it’ll be cancelled in May and will cost $49 by June).

It’s HP’s first foray outside of the Windows tablet world since it created an accidental hit in the TouchPad, which became a cult classic after the company cancelled the product six weeks into its life and cut the price to $AUD99. 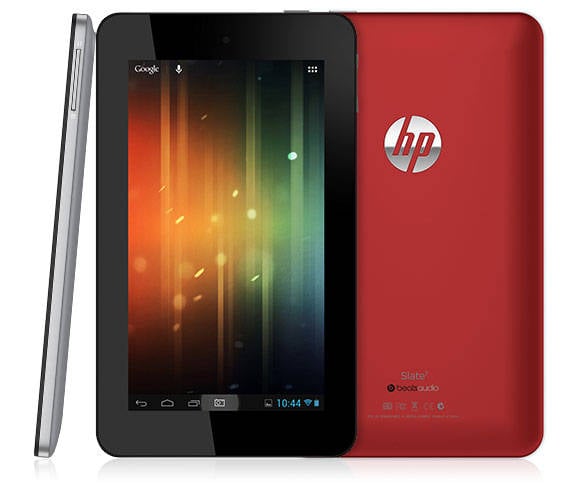 The only particular differentiators the company highlighted – apart from price – are its Beats Audio speakers, and a native HP ePrint application that the company says supports native printing from “most applications”.

At 7” this device is keeping firmly at a distance from the 10” market dominated by Apple. In HP’s announcement, Torres provided a slim hint that other form factors are on the drawing board. ®