Fragments of an ancient microcontinent lie beneath holiday destinations Mauritius and Reunion Island in the Indian Ocean, experts say.

The pair of isles are thought to sit on top of the hidden continent, dubbed Mauritia by scientists. The boffins believe the splinter of buried land became a separate landmass 60 million years ago when Madagascar and Indian drifted apart after the breakup of the supercontinent Rodinia. 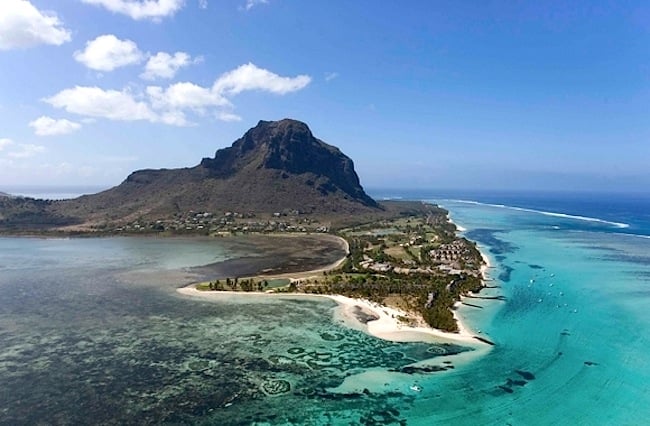 All the land on Earth was once gathered in this supercontinent until giant bubbles of hot rock known as mantle plumes softened the tectonic plates from below. Eventually, the plates broke up at the hotspots, which is how Eastern Gondwana broke apart 170 million years ago. That mass separated into Madagascar, India, Australia and Antarctica, which migrated to their positions in the modern world.

When mantle plumes occur at the edge of a landmass, small fragments can break off to form island groups such as the Seychelles.

A group of geoboffins now think that further fragments of Mauritia exist below the waves: a sunken continent much like a certain mythological landmass that springs to mind.

The scientists examined lava sand grains from Mauritius' beaches and found semi-precious zircon aged between 660 million and 1,970 million years, which would suggest that it was carried by lava as it pushed through the continental crust.

The experts also modelled the plate tectonics to calculate exactly where and how the Mauritia pieces ended up in the Indian Ocean. Those fragments were previously interpreted as just the trail of the Reunion island hotspot because they were covered in volcanic rock. 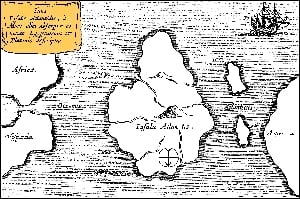 Athanasius Kircher's map of Atlantis c. 1669
(North is at the bottom)

"On the one hand, it shows the position of the plates relative to the two hotspots at the time of the rupture, which points towards a causal relation," Bernhard Steinberger of the GFZ German Research Cetnre for Geosciences said.

"On the other hand, we were able to show that the continent fragments continued to wander almost exactly over the Reunion plume, which explains how they were covered by volcanic rock."

The boffins did not say whether the lost continent was that of Atlantis, Mu or Lemuria.