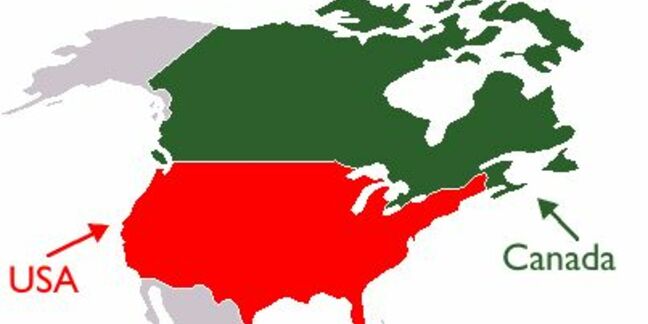 Reports that Canada has just awakened to the perils of BlackBerry PIN-to-PIN messaging in government should be taken with a pinch of salt – the nation knew about the problem back in 2011.

PIN-to-PIN messages take advantage of the fact that every BlackBerry device is issued with a unique eight-digit PIN. If a BlackBerry user shares their PIN, it is possible to send messages to their device.

The PIN-to-PIN FUDgasm started on Wednesday, Canadian time, when Canada.com revealed the contents of a memo it obtained from Public Safety Canada (PSC), the nation's emergency management and crime prevention agency, after a freedom of information request.

The site's report says that PSC's internal memo was updated in January 2013 to say, "Although PIN-to-PIN messages are encrypted, they key used is a global cryptographic 'key' that is common to every BlackBerry device all over the world." That's worrisome, PSC says, as lots of politicians and public sector employees use BlackBerries.

Cue the usual ripple effect, with articles aplenty reporting a terrible security flaw, often with overtones that Canada, home of BlackBerry, has turned against its own progeny.

What's not often pointed out is that Canada's government has known about this issue since March 2011, when this piece of advice from Communications Security Establishment Canada (CSEC) hit the web. CSEC is Canada's "national cryptologic agency" with responsibility for "foreign signals intelligence in support of defence and foreign policy, and the protection of electronic information and communication."

CSEC's analysis of PIN-to-PIN messaging is extensive. Here's an excerpt:

PIN-to-PIN is not suitable for exchanging sensitive messages. Although PIN-to-PIN messages are encrypted using Triple-DES, the key used is a global cryptographic "key" that is common to every BlackBerry device all over the world. This means any BlackBerry device can potentially decrypt all PIN-to-PIN messages sent by any other BlackBerry device, if the messages can be intercepted and the destination PIN spoofed. Further, unfriendly third parties who know the key could potentially use it to decrypt messages captured over the air. Note that the "BlackBerry Solution Security Technical Overview" document published by RIM specifically advises users to "consider PIN messages as scrambled, not encrypted".

The document is dated March 2011, which means Wednesday's "revelations" about PSC waking up to the potential horrors of PIN-to-PIN messaging are scary, but only inasmuch as they show the agency has taken nearly two years to heed advice from the CSEC. Either that or the PSC came to its conclusions independently, which is just the kind of wheel-reinvention that makes parliamentary democracy such an excellent system of government. ®