Assuming you've managed to get past last year’s privacy fiasco, either by being comfortable with Canonical sending your search queries to Amazon and others or disabling the feature, this latest beta - code-named Raring Ringtail - is shaping up to be a high-water mark for Unity fans. 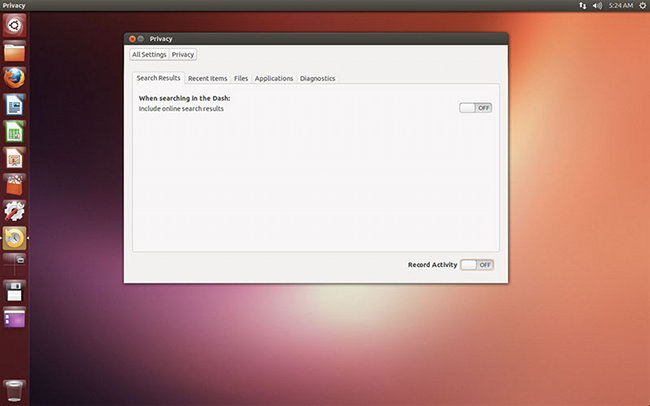 There's even some good news on the privacy front. In a bug report about the location of the privacy notice in Unity, Canonical founder Mark Shuttleworth said his company plans to "make a very bold, clear way for you to turn on and off network queries across ALL scopes for any given session in the Dash". Shuttleworth likened the feature to the private browsing mode available in web browsers, and went on to say that users will be able to "configure the Home screen, including choice of scopes, and the behavior of individual scopes".

That's good news, though it could end up making the configuration experience slightly overwhelming: Canonical plans to seriously ratchet-up the number of Unity scopes included by default, promising more than 100 scopes by the time 13.04 launches. The plan is to add popular web search tools - think EBay, Yelp, IMDb and so on - directly to the Dash: when a user searches their system and network, the queries will be passed through Canonical's servers and on to these websites which may have something related to offer.

As of this first beta, though, none of these things are actually part of Unity. The privacy panel still offers the same single option to toggle the Amazon search lens, and the bug Shuttleworth commented on is still marked "incomplete" with no one yet assigned to fix it.

So what is in the beta? A lot of little things that add up to a much better Unity experience. 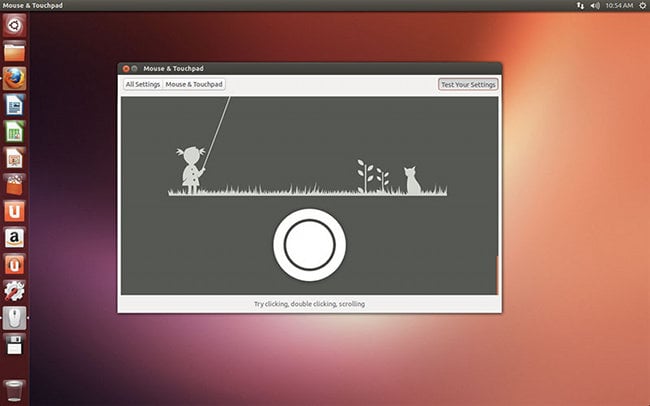 Take the Mouse and Trackpad settings panel for instance. Canonical has added a few new options, but the best part about it is the new integrated testing tool. Want to make sure your third mouse button is registering as a middle mouse click? Just test it right there in the panel. It's a small thing, but add it to the many others in the 13.04 beta and you have a much nicer, more polished overall experience.

Another small, but useful feature is the new Sync Menu applet, which makes it easy to see what Ubuntu One is doing on your system, offering links to recently changed files and quick links to share. The menu is more or less a clone of what Dropbox has long offered on most OSes (including Linux), but open to third-party apps. While one-off downloads, such as torrents and web files, are explicitly outside the Sync Menu scope as defined by Canonical, other third-party apps such as Dropbox or Box.net could use the new sync menu.

Next page: The final verdict: too many bugs or a beta that's just right?
Page:
Corrections Send us news
71 Comments