Violin Memory ships 3000 and 6000 models of its networked all-flash array technology. They can have PCIe connections but the array's primary function is to be shared between multiple servers. Lately Violin has been building up its data management for these arrays, signing deals with, for example, Symantec, and it has an agreement with VMware to run vSphere inside its arrays.

PCIe flash card market leader Fusion-io is run by CEO and co-founder David Flynn - but its former chief exec Don Basile is now the CEO of Violin Memory. Basile appears to be squaring off with his old team at Fusion-io in its PCIe flash card heartland.

We calculated the full list prices to be $4,200, $16,900, $33,800 and $67,500 for the four capacity levels respectively. Violin said these are third-generation cards, and claimed that the prices, together with the card's performance, provide a two to four-times price/performance advantage over Fusion-io and also Virident.

Basile said: "We believe we have the best price/performance, higher density and higher performance too."

Basile added that Toshiba and Violin Memory are collapsing a sometimes multi-member supply chain down to just two suppliers or one. He cited the rumour of EMC using a Virident-Seagate PCIe card that uses Intel-Micron chips - that's four suppliers and more cost.

Violin said its alliance with Toshiba enabled it "to have full visibility and control of the supply chain, manufacturing, distribution, and R&D efforts at the foundry, chip and software layer".

The Violin cards are composed of NAND and DRAM with a cache between the two. Host servers can boot from them; Violin will extend support for older BIOSes to widen the pool of servers that can start-up from the memory products.

The 1.1TB model appears to be faster than Violin's Velocity 1.37TB and 2.75TB cards but slower than the others.

Violin claimed its cards need up to one third the cooling airflow of competing equipment, and can therefore be used in server slots considered unsuitable for PCIe flash for fear of overheating the system.

Initially 24nm consumer MLC NAND will be supplied by Toshiba and this will evolve to 19nm chips.

Where does Toshiba fit into this picture?

Beyond that, what is Toshiba's role in this? Toshiba invested in Violin in April 2010. The amount was not revealed and a NAND chip supply arrangement was part of the deal. Also Tosh has been distributing Violin Memory arrays in Japan for about a year. This partnership is now being strengthened by the two suppliers engaging in a two-way exchange of technologies. Toshiba will introduce its own PCIe products, using Violin know-how, later on. Basile said Toshiba could work with server manufacturers and work towards supply deals involving potentially millions of cards. 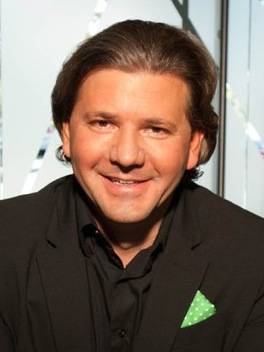 The software available for Violin's PCIe cards is initially card management software with a lightweight driver and awareness of Oracle, Microsoft SQL Server and VMware. The focus is on real-world app performance and not sheer raw card speed. The card is very tuneable and no doubt this app-tuning will be extended.

Basile said the software can manage multiple cards and "you'll see Violin versions of caching and tiering software later this year", citing the acquired GridIron and Gear6 businesses. The Violin cards will also link to its shared networked flash arrays, such as the 6000-series, with caching and compression being supported.

These Fusion-io cards use the host server to run management software. The Violin cards do not, being entirely self-contained.

Violin product marketing VP Matt Barletta said: "We designed [our cards] to be bootable from the start. When any 'fat driver' card is in a booting server they can take a very long period of time (15 or more minutes per card) to unload the metadata from the card to host DRAM. We want to prove this is no longer true when a card is self-contained. Customers think that some slots are just 'off limits' due to airflow. It's not true when using newer cards designed to need much less airflow."

Fusion-io and Violin both say it's wrong to use spinning disks for primary data storage in the data centre; for that you need a persistent memory architecture, a change to a silicon data centre with no spinning disk data access as a bottleneck. Basile said every piece of data you touch in the data centre will move into memory over the next couple of years or so. Fusion-io said silicon is the future too. Let the PCIe card flash battle be joined.

The Velocity cards are available now and will ship in a stepped fashion; larger capacity models will take longer to achieve general availability. All the cards will ship by the end of the second quarter, we're told. ®