When Mario – or ‘Jumpman’ as he was first known – took his first tentative steps up those iron girders, jumping barrels and climbing ladders, little did anyone know that he’d be leaping around for the next 30 years. This title, ace developer Shigeru Miyamoto’s first, virtually laid out the blueprints for platform gaming. 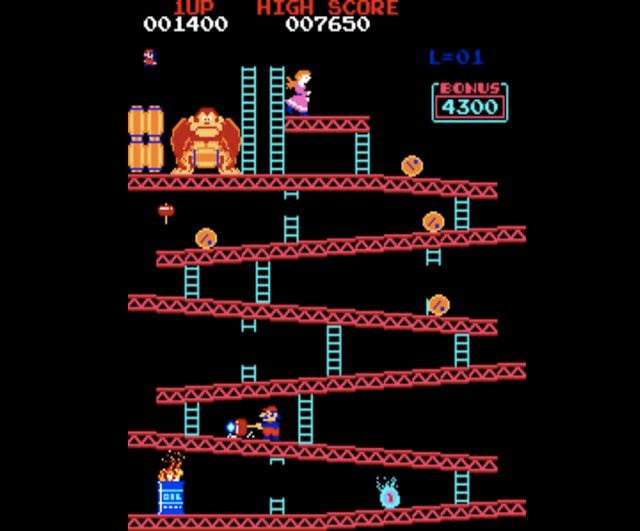 A bizarre concept, yet devilishly addictive and notable for its outlandish lack of player-instigated violence. All you had to to was guide frogs over road and river, avoiding vehicles and crocodiles on the way.Frogger suggested that videogames could appeal to a wider demographic and this universal appeal saw conversions appear on virtually every home format over the next few years. Simple puzzling fun, Frogger was everything a game need be. 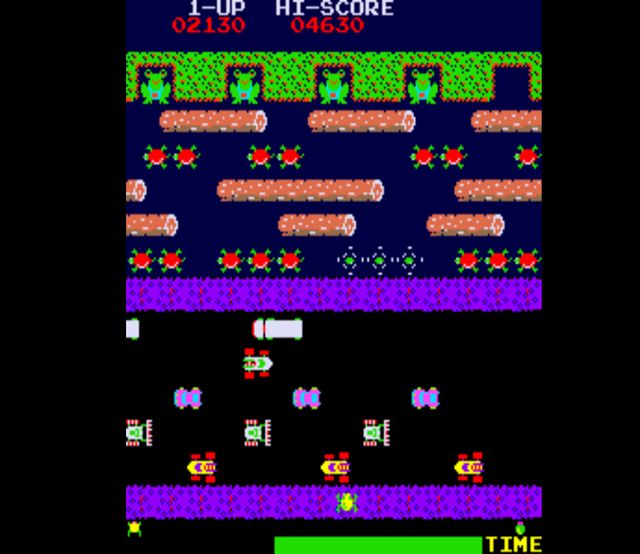 It may have spawned a slew of imitators, both on home machines and in the arcade, but Dig Dug had such well-crafted levels and gameplay it was hard not to return with another ten pence piece. Enemies were despatched by inflating them to bursting point, or sneakily clearing earth so that rocks fell down and crushed them. Torture with a joyful cartoon twist! 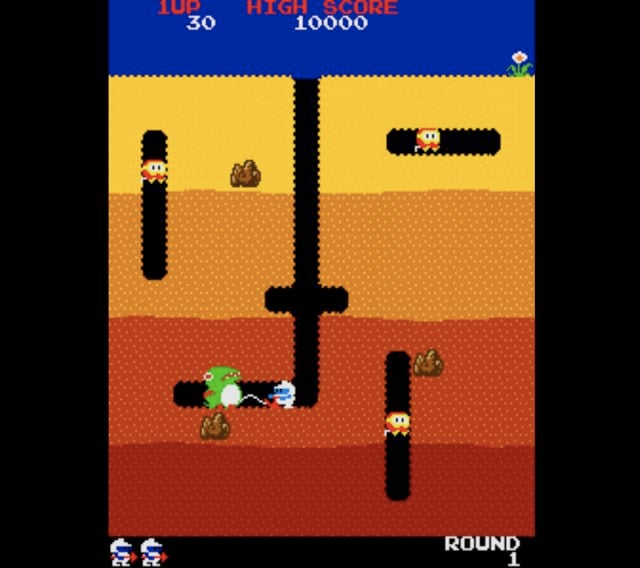