The massive first-person 3D city sim that never was

Antique Code Show I don’t know if my gaming habits had started to become dominated by RTS and FPS games by the time SimCity 3000 made its delayed debut in 1999, but for some reason I don’t recall it registering on my radar.

Strange, for not only was SimCity 2000 one of my favourite games - as it remains to this day - but its sequel was also a title I remember following closely during its development. Many were the PC magazines I poured over looking for news and previews, as I did pretty much everything I could to keep on top of its gestation in those heady pre-Twitter days. 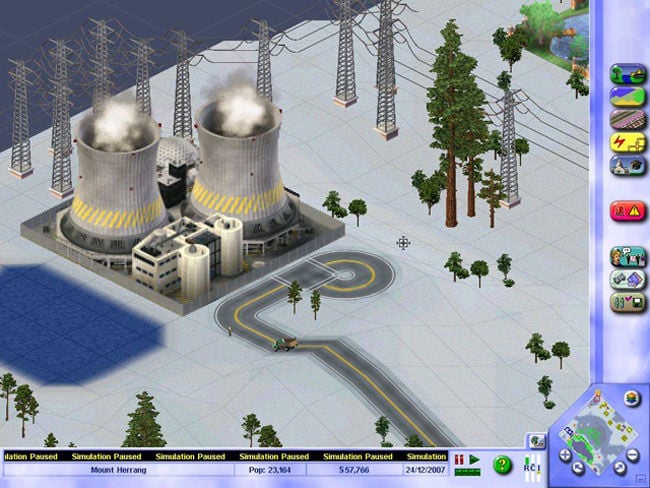 No doubt part of the reason for my eventual dismissive attitude upon its release was attributable to the huge chunk of development time added on to the title. The research I put in before coming to write this retrospective refreshed my memory to the fact that Maxis’ work on SimCity 3000 coincided with EA’s acquisition of the studio.

Such machinations at company-strategy level meant that Maxis’ vision for a SimCity where you as mayor directed your city’s growth very much from street level was replaced by something akin to SimCity 2000 all over again. Albeit with a host of bells and whistles thrown in for good measure.

You might say ‘same old EA’. But in fairness to the usually profit-hungry publishing house, in taking another look at the initial SimCity 3000 footage from E3, it can’t be said the decision wasn’t the smart choice. The technology of 1999 was surely not quite up to Maxis’ vision of a massive first-person perspective 3D game, which was ambitious to say the least.

So it was that SimCity 3000 became more in line with its predecessors. Retaining that same isometric perspective from which we’d grown used to playing city-building god, but with the overarching sense of scale turned up yet another notch.

For example, a whole new depth and flexibility in the initial layout of your chunk of land was added: area size, amount of water, undulation of land and number of trees all now fully adjustable before building commenced. There was even the choice to choose the colour of your scenery and the chance to select from building set types - with more becoming available from the gamer community. 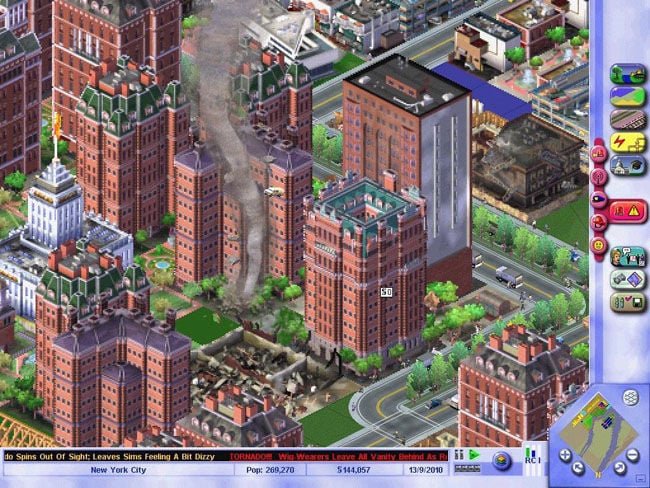 Blowin' in the wind

Despite what you might surmise from the title, the option to begin the game in the year 3000 wasn’t actually possible - 1900, 1950 and 2000 were once again given as your year-one choices. However, there were rather more extras as far as your city planning went, with additional zone densities added, the implementation of a more extensive waste disposal system and a greater emphasis placed on nursing relationships with neighbouring towns.

Your panel of advisors was also expanded in function, as caricature representatives of your city constantly banged on your door, eager to have you 'think of the children' and so build schools. Or else think of the children's parents and invest in casinos in order to create a den of profitable vice.