Congratulations, copyright infringers: You are the five per cent

Actually, none of the above. It's copyright infringers.

New research from UK communications regulator Ofcom shows that filling your boots with pirate downloads remains risk free and a money saver, particularly if you like movies and music. Most copyright-infringing Brits today will be unmolested by digital anti-piracy sanctions on Blighty's statute books.

The Digital Economy Act, passed three years ago, targeted hardcore pirates and tried to steer casual infringers away from naughtiness. But Whitehall officials moved heaven and earth to stop punishments defined in the act from being meted out.

Originally, the sanctions were supposed to be in place and warning letters were expected to go out to illegal downloaders in early 2011 - but the process was derailed by an ultimately unsuccessful judicial review launched by ISPs BT and TalkTalk. However, Whitehall hasn't exactly rushed to put the Digital Economy Act back on track. So life carries on much as it did before.

What's striking is how much this clashes with the infringers' perception of themselves and their cause. Copyright activists see themselves as innocents bullied by Big Content, beleaguered and helpless in the face of much more powerful forces. 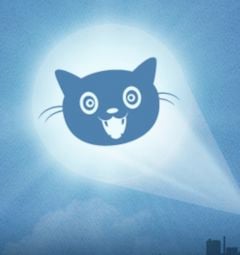 Help! They're charging us money!

Conspiratorial thinking - such as imagining media barons in secret meetings, perhaps involving the "MAFIAA" - abounds. In America, activists have created a Batman-inspired cat signal, to be beamed to other paranoiacs in distress, whenever The Man is suspected of spoiling their fun. Persecution fantasies abound.

The reality is quite different. In fact, the might of the UK state loves no one so much as it loves a freetard. It coddles and protects them, like a delicate endangered species. Millions of pounds are diverted to "research" to prove that the pirates need even more coddling, and that any infringement measure is somehow unnatural.

Academia, policy wonks, leading civil servants and the regulator are all uniformly hostile to the idea of giving the pampered freebooters any kind of a slap. For civil servants, going slow on copyright infringement has become a kind of on-the-job civil disobedience.

This contrasts with the public, which consistently calls for stiffer penalties for digital rights infringement when it's asked. In fact, even a majority of "pirates" themselves think infringers should need harsher penalties, and that if countermeasures were put in place they'd spend more on licensed material.

Ofcom's latest survey [PDF], put together by market research biz Kantar which quizzed 4,400 Brits, throws up more interesting statistics: "Across all content types, those who downloaded or streamed illegally were more likely to be male (58 per cent), under 34 (69 per cent), and in the ABC1 demographic (58 per cent)."

They can pay - but don't want to. Presumably because it's risk-free and saves a ton of money. So the group being pampered is actually a wealthy one. 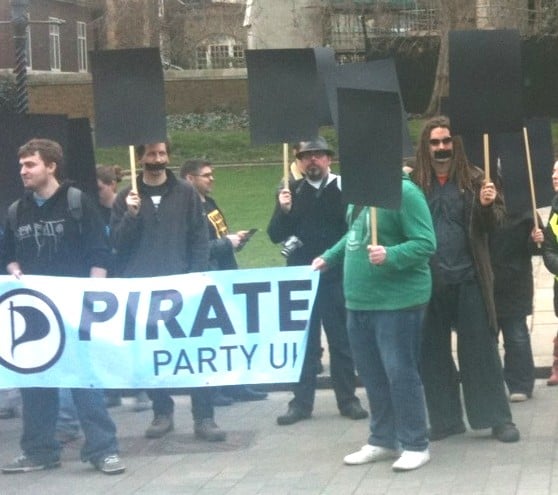 This isn't to say a small group of people do no damage - although how much is another argument entirely. Kantar estimates 297,000,000 unlicensed song downloads were completed between August and October 2012 in the UK, or 24 per cent of all digital tracks downloaded.

The only significant change from the previous instalment of Kantar's quarterly piracy tracking reports is a rise iPlayer usage: up to 51 per cent from 47 per cent in the "100 per cent legal" group. The BBC said this week tablet usage had soared since Christmas.

The good news for producers is that people do spend once they're online. Music streaming subscriptions crept up and ebooks also saw an increase.

Meanwhile, if you're a hardcore pirate and live in the UK - why the long face? You are the Five Per Cent. And thanks to friends in high places, your privileged position is safe. ®