The QL was launched in 1984 and fitted with a pair of modified Microdrives and no cassette tape interface. Mass duplication kit was non-existent, and the Microdrives themselves were too flimsy for running out the dozens and dozens of copies even a small commercial software vendor would need to churn out. And that’s before they took into consideration the cost of the cartridges, then only available from one supplier: Sinclair.

There were other problems too. The QL Microdrive motors were set to run 25 per cent faster than those in the Spectrum add-ons. This made duplication more difficult and reading copies likewise because greater speed meant greater friction and this caused more tape wear. It also made the QL drives less able to deal with dust and dirt in the mechanism and on the tape itself, and all the other issues Ben Cheese had had to figure out ways around. According to Rodney Dale, who was working at Sinclair at the time, “the shipment of QLs was painfully slow, as each Microdrive cartridge was tested on its host machine to make sure that it worked properly”.

Sinclair only had itself to blame. According to Rick Dickinson, “the Sinclair way” of doing things meant that rather than redesign the Microdrive internal chassis for the new computer, the Spectrum drives’ were simply put into the QL case. “Some of the failures of the Microdrive were really down to pushing production tolerances and materials too far so variability came in,” he remembers.

“With different materials it would have been more reliable. So, for example, I wanted to start off with a brand new chassis in a different material and build the two microdrives on that, but they insisted that now we’d already tooled up a chassis, we’d just have to use that. And of course what would happen is that, because you’re going into a whole new case with a whole new set of parameters, you’d screw the microdrive chassis in and the torque reaction from the screws would twist all the boxes slightly and just slew the whole chassis - both of them - off at one degree.” 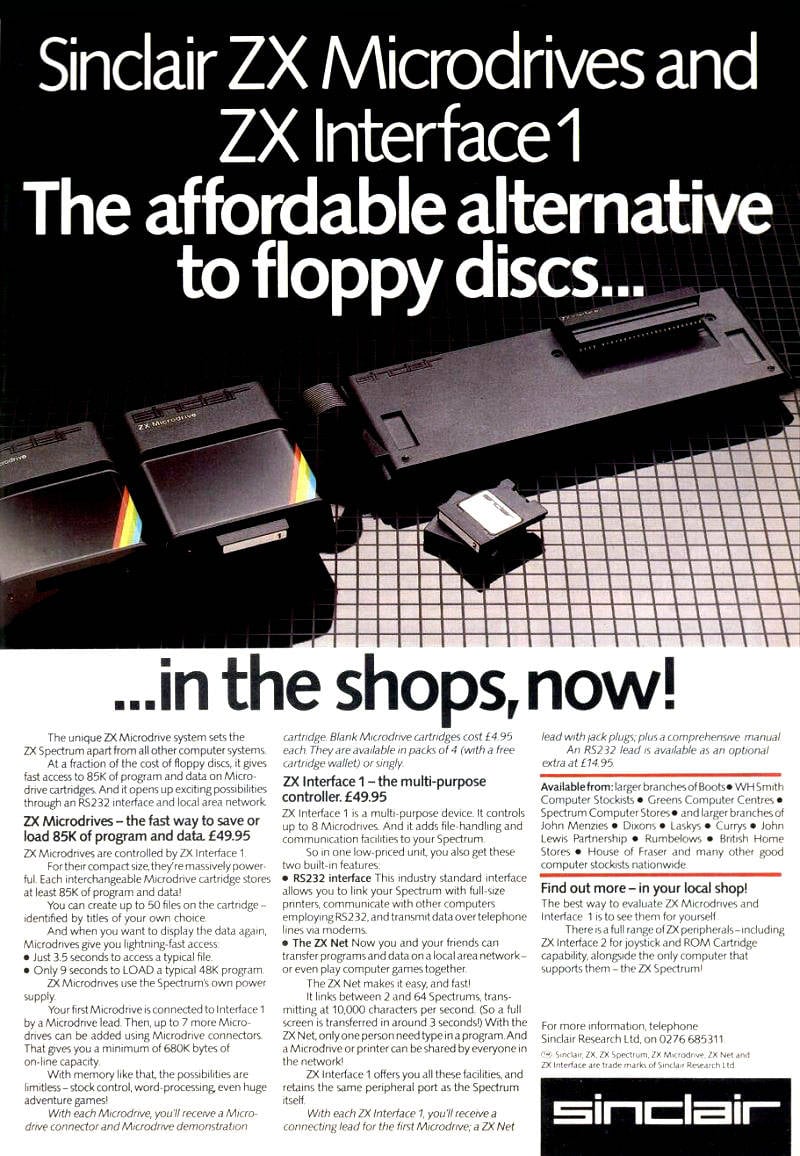 Come early 1984 and Sinclair User itself was claiming fewer than 1000 Microdrives had been sold. It reported on two applications that had been adapted to make use of the Microdrive for data storage - Campbell Systems’ Masterfile and Richard Shepherd Software’s Cash Controller - but added that only “several companies have shown interest in putting software onto Microdrive cartridge”. For most games developers, the technology was too pricey: the young gamers who were their customers had pocket money enough for tapes, but not for Sinclair’s new storage system. Of course, this helped limit the number of games made available for the QL, which Sinclair was determined would be a serious machine for serious users, but it limited the number of sales to be had from folk upgrading from the ZX81 and the Spectrum.

By June 1984, Popular Computing Weekly’s Editor, David Kelly, felt compelled to complain: “By using Microdrives in the QL, Sinclair is taking a risk that the machine may never receive proper software support. Anyone who writes a brilliant program for the QL cannot simply trot off to the nearest duplication plant, run off a few thousand copies and start selling them because Sinclair keeps sole control of Microdrive manufacture and duplication to itself.”

Sinclair certainly had duplication facilities: the Microdrive shipped with a cartridge of demo software, and the QL came packed with four cartridges containing the business software that had been commissioned for the machine from Psion.

Sinclair MD Nigel Searle was not unsympathetic. “The [software] houses we have so far signed contracts with are mostly writing packages which will sell for around £40, so the price of the disk is less significant,” he told Popular. “I wouldn’t disagree that the current cartridge price is too high - the software houses all think so. But we have to balance supply and demand.” He revealed that Sinclair was then punching out 100,000 cartridges a month but the goal was to increase that figure to 40 million a year, at which point the price would come down.

Indeed, early in 1985 Sinclair chopped the price of cartridges to £1.99 to bring them into line with floppy disk prices. “Microdrives have truly come of age now and we anticipate that this technology, exclusive to Sinclair, will continue to be the preferred method of data storage for most Spectrum Plus and QL owners... and with the new price, software houses and members of the public will be able to exploit this versatile medium to the full,” Sir Clive Sinclair said in the announcement press release. 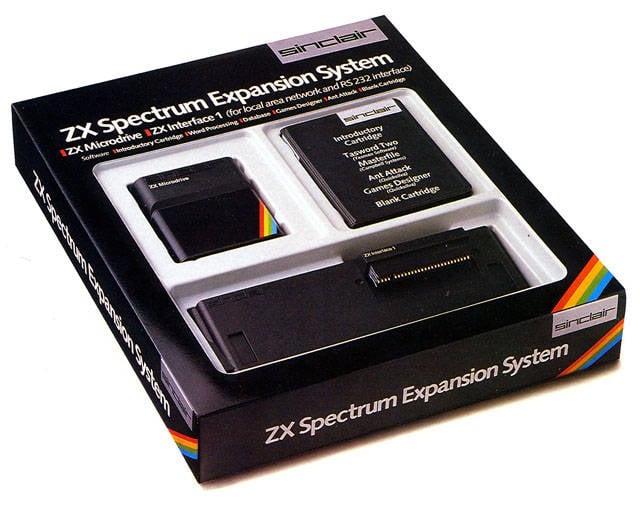 But it wasn’t to be. Microdrive software did come in greater numbers thanks to the cartridge price cut, but not in a volume to come close to the number of Spectrum cassettes on sale.

Sinclair suspended QL production in 1985 to save money - the company reported a £18.3 million loss for the year to 31 March 1985 - and by early 1986 was telling journalists some 150,000 had sold to date. But when Amstrad acquired the ailing company in 1986 for £5 million, it formally knocked the computer and the Microdrive platform on the head. Amstrad was keen on the 3-inch diskette format it had bought in from Asia for its PCW8256 word processor, and wanted to spread to other machines, the Spectrum and its own CPC among them, to achieve lower drive prices through greater purchase volumes, and to grow the user base. So out went the controversial Microdrive.

Amstrad’s favoured 3-inch diskette format would eventually go the way of the Microdrive, as would the old 5.25-inch floppy: the industry would shift to the 3.5-inch format, the chosen mechanism of new, 16-bit home machines like the Commodore Amiga and the Atari ST, and of business and professional computers, from the Mac to the ever increasing number of IBM PC compatibles. The growing use and capacity of hard drives would eventually limit even floppies to software installation and data exchange. Cassette storage passed into history too - tape storage eventually found a niche in back-up systems, which didn’t require high access speed.

While the Sinclair Microdrive may have been, then, something of a dead end in the evolution of storage, that shouldn’t detract from the novelty of the technology, nor of the efforts of Ben Cheese, John Williams, Martin Brennan, Rick Dickinson and Jim Westwood to turn them into a viable commercial storage system for home micros. ®

Top tip: Your RSA private key should not be copied from a public code tutorial
Research17 Aug 2022 | 21