A few weeks back VMware’s Mike Laverick told this hack about his home lab and how he used it to further his career. Plenty of you revealed your own home labs in response, so we launched the servers’n’sofas challenge to report on the very best domestic data centres.

We’ve sifted through the responses and can now bring you the very best home labs from your Reg-reading kin.

Let’s start with Brendan Horan’s rig. Brendan lives in Hong Kong and apologised for his rig, saying that if he lived in a spot where houses were bigger he would do better. He has nevertheless managed to cobble together the following lab, listed from top to bottom:

Brendan said he built the lab “as my home testing grounds and running my own internal services, BIND, DHCP etc. ESXi takes care of most of that testing side and allows me to have a smaller footprint.” He also feels the lab “gives me a good way to keep current with new technology quickly.”

He adds: “As for the UNIX boxes. I have a bit of a soft spot for different hardware architectures, so I used them to learn about architectures.” 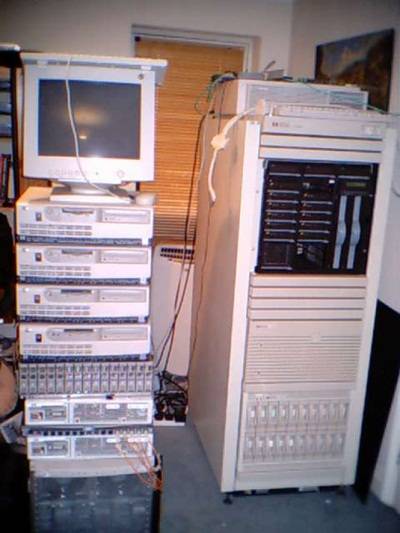 Readers might know our next home labber, as Ken Green was once lead technical trainer on HP-UX for HP’s UK customer training organisation. Below right you can see the lab he ran circa 2003, when it held all sorts of HP storage, PA-RISC workstations, a Brocade fibre channel switch and four PCs acting as servers.

These days Green is still a training consultant and has contented himself with the following, housed in a data centre:

At home he houses another four servers, several Dell PCs, three laptops, some HP managed switches and Ken’s pride and joy: an HP85 luggable computer from around 1980.

Another trainer, Stephen Rea, also has a colossal lab.

Indeed, Stephen sent us no fewer than 75 images of his lab, which comprises nine servers, a QNAP NAS and a UPS.

“As a Microsoft Certified Trainer I’ve found over the years one way to help learn is to play so I’ve always had some sort of LAB setup,” Stephen wrote. “Now as a Technical Architect … designing and deploying environments for many Fortune 500 and above businesses, having a home based LAB to test different platforms and application technologies is one of the most important parts of my job.” 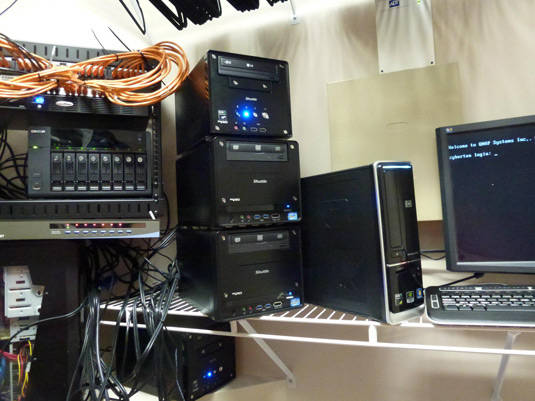 Some of Stephen Rea's home lab

Next page: The travelling lab
Page: