A quick and virty hybrid cloud for VMware?

SoftLayer's public cloud business has IBM and EMC sniffing around for a reported $2bn buyout as both companies look to bolster their own networks.

IBM has made no secret of its plans to build up its cloud computing and storage business. And EMC's server virtualization and cloud controller minion VMware said earlier this week that it was going to build its own public cloud - dubbed the "vCloud Hybrid Cloud" - so enterprises could get an absolutely compatible public cloud that could onload apps from data centers using VMware's ESXi hypervisor and its vCloud extensions.

Both companies, according to rumors, are sniffing around to do a possible acquisition of SoftLayer.

According to a Reuters report, sources familiar with the situation say that telecom giant and hosting player AT&T came to SoftLayer "in recent months" looking for some kind of exclusive deal to acquire it, but is no longer interested.

The report says that SoftLayer has tapped Credit Suisse and Morgan Stanley to broker a deal with either EMC or IBM, which are both apparently interested in acquiring the company for someone in excess of $2bn.

A spokesperson for SoftLayer told El Reg that it does not comment on rumor or speculation.

SoftLayer was founded in 2005 and merged with hosting rival The Planet before being bought up by private equity firm GI Partners back in 2010. GI Partners was itself founded in 2001, is co-headquartered in Menlo Park and London, and has $8.2bn in assets, including data center and telecom operators and real estate - and a little more than half of that is real estate. SoftLayer is a privately held company, but gave El Reg a peek into its operations a year ago when it was launching its cloud for running HPC workloads on hybrid CPU-GPU clusters.

The company said that it had over 25,000 customers and over 100,000 servers under management in its 13 data centers. It has six data centers near its Dallas, Texas headquarters, where it services the oil and gas industry as well as media, financial services, and other companies. SoftLayer also has data centers in San Jose, Seattle, Houston, Washington DC, Singapore, and Amsterdam.

About half of its customers are located outside of the United States, so it already has a pretty good global reach. In October 2011, SoftLayer began a $75m, two-year upgrade plan to build up data centers in Amsterdam and add to its network points of presence (PoPs) in London, Frankfurt, and Amsterdam to meet customer demand for capacity. That's a pretty hefty investment for a company that said it pulled in $85m in revenue in the quarter ended in December 2011. 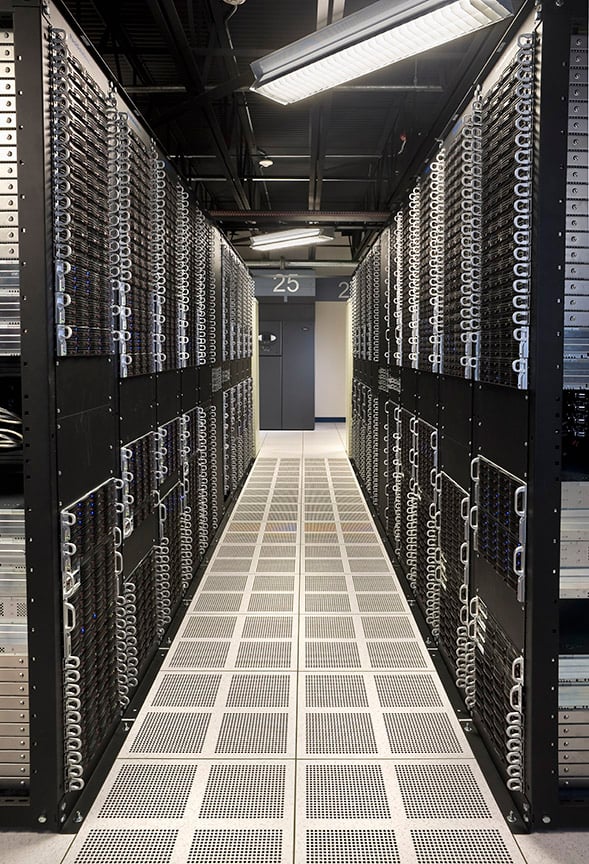 To put it into perspective, SoftLayer has about 10,000 more servers as cross-state rival Rackspace Hosting, but if you assume it makes about $100m in revenues a quarter (a reasonable estimate based on server pool growth), then SoftLayer has about a third of the revenue and about an eighth of the customer count as Rackspace.

Assuming there is some rationality between revenue and market capitalization – and that SoftLayer is making profits roughly proportional to Rackspace – then a $2bn sticker price for SoftLayer is right on the money. El Reg realizes that is a lot of assuming, and we all know about that.

SoftLayer has a homegrown cloud controller, called CloudLayer, for its cloud and uses the XenServer hypervisor from Citrix Systems as its server virtualization layer. It also offers traditional hosting The company has come up with its own "pod" design, which is a modular data center chunk that consists of 5,000 servers wired up to act as a single unit of compute and storage that can be deployed as bare metal or cloudy infrastructure.

For performance reasons, many of SoftLayer's customers prefer bare metal. Every server in the most recent pods has two 10 Gigabit Ethernet ports coming out to play on the private network, lashing nodes together, and two more 10GE ports to interface with the public Internet if you want them to.

VMware or its parent EMC might be interested in buying SoftLayer to be able to quickly build its vCloud Hybrid Public cloud, but that would involve a pretty serious rip-and-replace operation, taking out XenServer and CloudLayer and replacing it with ESXi and vCloud.

Similarly, IBM might want to build up its SmartCloud public cloud, but again, IBM is using its own SmartCloud controller and has just committed to moving to the OpenStack controller championed by Rackspace and prefers Red Hat's KVM hypervisor at the moment on SmartCloud. Again, this is another rip-and-replace move.

You could argue that the point of the cloud is that over the long haul, it shouldn't make a difference what workloads run on what hypervisor with which cloud controllers. But we all know that there are lots of differences in the layers of the software stack that go into a hosting and cloud environment, and expertise is everything.

Given all this, the real wonder is why Citrix has not already acquired SoftLayer. Citrix likes owning online businesses, and if everybody is going to try to do their own clouds now to try to take down Amazon Web Services by a peg or two (good luck there), then Citrix had better get in there.

Citrix Systems has a market capitalization of $14bn, making it too expensive for anyone but maybe Cisco Systems or Microsoft to acquire (among those that might), and has $929m in cash and short-term investments plus another $595m in long-term investments. In other words, Cisco would need to borrow some money to do the SoftLayer deal. ®

Mergers and acquisitions put zero trust to the ultimate test