Rackspace: Why we're designing our own cloud servers

Just what will it take to compete with Amazon and Google

'Another reason is that we are dancing with elephants right now'

Rackspace has been pretty quiet about what it has been doing with Open Compute up until earlier this year, and part of that is Rackspace's decision to radically change its business with both OpenStack and Open Compute.

"We have been heads down," conceded Rackspace chief operating officer Mark Roenigk. "We are growing rapidly and we are a lot like Google from an engineering perspective – we don't make a lot of splash in the media with regard to what we are going. And another reason is that we are dancing with elephants right now.

"Until we knew we had a great path with Open Compute hardware and could be fully open with everything that we are doing, we kept quiet. Was it all innovation? I don't know. We were just doing what customers were asking us to do. But with the convergence of servers, storage, and networking, and all being controlled by software, then hardware is the next obvious place to do innovation to keep up with the pace of change in the software world." 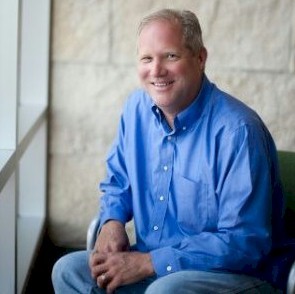 Roenigk has been around the IT supply chain for a long, long time. He was hired by Compaq to be a manufacturing engineer in 1988 and spent seven years there managing procurement for the upstart maker of PCs and then servers during the heady client-server era. Then he jumped from hardware procurement to managing Microsoft's licensing in 1997, and then was put in charge of Microsoft's original equipment manufacturer business and then its procurement operations for its supply chain, which included, among many other things, the Xbox game console manufacturing operations.

He did a two-year stint at accounting software supplier Intuit, did two years at XM Satellite Radio building its supply chain from the ground up, did two years at eBay cleaning up the operations across its eBay, PayPal, Skype, and StubHub units, and then finally came to Rackspace to become its COO in January 2010. If you are going to go Open Compute, you need someone to manage the partners who are building the stuff you design.

"I have been in this business about 24 years, and the world is changing very rapidly, and a year equates to about ten years in the old world," Roenigk said with a laugh. "We certainly embrace the standards, but one of the reasons we want to be on an open platform is that we have got to innovate faster, and we want to differentiate in new ways."

OpenStack has thousands of coders whacking away at improving it, which Rackspace could never afford to do on its own, and the software is evolving at a rapid pace. And Open Compute servers and storage have shaved the time to get a new set of infrastructure into the field by between 6 and 8 months, according to Roenigk.

The custom Open Compute machines cost anywhere from 18 to 22 per cent less to build than the bespoke boxes from HP and Dell that make up about 18 per cent of the Rackspace server fleet, which is about 16,300 of the 90,525 boxes that were running at the end of December across the cloud company's data centres. The heavier OCP boxes that Rackspace is building for April can hold more virtual machines than the typical bespoke box, and therefore the hardware savings come to be more in the order of 28 to 30 per cent for hosting virtual server slices.

A rack of tweaked OCP iron designed by Rackspace

"We have all kinds of horses in the barn, but for the past 18 months, we have been only dealing in high-density compute with boxes completely maxed out. We will run almost 20 kilowatts per cabinet, so it is very dense compute," said Roenigk.

And for this reason, the techies in the Rackspace labs are playing around with various kinds of water and liquid cooling, passive cooling, and the ability to operate in higher heat ranges than data centres of the past could do. Rackspace likes all this free cooling, but competitors such as Google, which have maybe one to ten apps running on their monstrous data centres, can fail over from one hall to another if there is a wildfire nearby or a storm hanging over the facility.

But the customers using Rackspace managed hosting are running their own applications and it is not trivial to fail them all over at once. The good news is that the cloud side of the Rackspace business will be given different levels – call them standard, business, and first class – and the higher-class customers will get automagic failover across Rackspace facilities. For a fee, of course.

The managed hosting fleet makes up 82 per cent of the machines, or just more than 74,000 servers as of December. These boxes have a field life of four to five years. Roenigk said the OCP machines from Quanta and Wiwynn will roll into custom Rackspace racks based on the Open Rack design can be used for managed hosting. Rackspace will have multiple specialist hardware manufacturers, and the big-name computer makers will play an important role, but the odds are it will also diminish over time. Incidentally, Rackspace already has plans to convert its first generation of OCP machines to uses as JBOD controllers in about 18 months from now.

So where does that leave HP and Dell? That is the same thing both were asking after Facebook decided to build its own boxes.

"I think that we have gotten to the point where we have the right engineering talent in house, and we have people who are actively designing Open Compute servers," said Engates. "We are intimately familiar with what Open Compute is. But if you were an enterprise trying to take advantage of Open Compute and you didn't have the engineering talent on board, then companies like Dell and HP might add value and be your guide to Open Compute."

"In the history of my career I have seen companies turn things around, so we're not counting them out," Roenigk added, referring to the two dominant x86 server suppliers. "This is one of the things that is driving Dell to go private. They have got to do some really radical things to their business."

In fact, Rackspace has asked Dell and HP to bid on the final integration job for its OCP iron, but with this only being somewhere on the order of two to five points of the cost of a finished rack, it is hard to say how interested they will be. No deal has been inked yet with either server maker.

So, by embracing Open Compute hardware, Rackspace is making life tough for HP and Dell. But isn't Rackspace also making it easier for its competition and therefore harder for itself?

"We are," admitted Roenigk. "But we feel like we have to continue to put pressure on ourselves to innovate, and that is really what we did with OpenStack as well. We burned the boats and said this is what we are going to do, and it changes the entire behaviour and culture of the company when you don't actually have any other choice. We are a scrappy little company from Texas, and we have to try to outmanoeuvre, and speed is extremely important." ®