What's that, Sooty... you DON'T want to pay compulsory fee for havin' telly?

Comment We're not making this up. TV Licensing™*, the outfit in charge of collecting the BBC's licence fee, has published a new report entitled "TV Licensing Reveals TV Elation Across The Nation".

The outfit has created what it called "The National TeleHappiness Index" to measure how, er, happy TV makes people in the UK. There is also a new website - TeleHappiness - launched today. And what they have found so far is ... trees of green, and red roses too.

"While 95 per cent of Londoners agree music programmes make them happy, only 93 per cent agree comedy makes them happy," reports the agency.

We watch only four hours of comedy a week on average, but an hour of news and current affairs every week day. People are watching something that doesn't make them happy? How could this be?

Evidently, more research needs to be commissioned - at the TV licence fee payers' expense, natch - to account for these inexplicable findings. 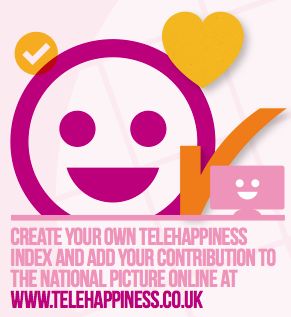 Alas, there's no mention of any unhappiness that a compulsory TV tax may bring about, particularly among the poor. An incredible 142,375 people were convicted and sentenced in 2011 for not paying for a TV licence - almost all at the bottom end of the socio-economic scale. 74 individuals have received prison sentences for non-payment of the tax, which is compulsory for anyone watching a live broadcast.

But maybe they just need to turns those frowns upside-down.

The report, titled the Telescope 2013 report, features a foreword from one Dr Mark Williamson, the Director of something called "Action for Happiness". This turns out to be a charity operating sites like this - One Happy Thought. AfH's funding comes from the Young Foundation, which in turn, relies heavily on funding by the taxpayer. Specifically, former Quango-turned-charity NESTA (£547,830); the National Youth Agency; LOCOG; and the many tentacles of NHS. It also receives money from Whitehall: the Department of Communities and Local Government, the Department of Health, the Department for Children Schools and Families contribute. Councils also chip in. The rest of the Young Foundation's funding is largely drawn from investments.

In other words, one state-funded body helps another to tell us how happy state funding makes us all. Wouldn't it be sensible, then, if we all worked for the state?

The money to fund this could come from a magic tree. We could call this The Tree of Happiness. ®

*TV Licensing is a registered trademark of the BBC and is used under licence by companies it contracts to collect fees and "enforce" the television licensing system.