Then there were 3: Micron slowly 'wipes out' NAND flash rivals

Hands up who thought Samsung was the world's leading flash shipper? Well, according to a Micron VP, it is his company that's the biggest shipper of NAND flash in the business, bigger than both Samsung and Hynix.

Bedard sketched out the history of the DRAM and flash manufacturing business, saying that the DRAM business had seen many players who had become consolidated to just three: Hynix, Micron and Samsung.

"When I first started at Micron, there were about 40 to 50 DRAM companies in the space," said Bedard. "And we spent most of the '80s with the Japanese deciding they wanted to own the DRAM space which they went from 10 per cent market share to about 90 per cent, [and] took all of the US companies out except for two, us and Texas Instruments.

"We spent most of the '90s with the Koreans deciding they wanted to go to gain market share in the DRAM space. So they went from virtually non-existent in the '80s to about 65 per cent of market share in the '90s, and we wiped out all the Japanese except for one [Elpida]. And we wiped out the last remaining US-based DRAM company [Texas Instruments], so there were two of us. We [the USA] still had one.

"During that period of time, the Europeans consolidated down to one company as well: Qimonda. So we were left with Elpida Group, a Qimonda Group, Micron in the US and two Koreans. We got into this last decade [and] we saw the Taiwanese decide they wanted to be in the DRAM business. We had two fairly weak players financially - Elpida and Qimonda - and they were willing to trade out their technology that they have been developing to allow the Taiwanese to come into the space.

"[The] Taiwanese over about a six-year period spent $20bn. Today, they’re virtually all gone or we control them. They still have $14bn, which is all getting written off. So all this 30 years has been some mechanism of consolidation to where today. We’re staring in the face of three remaining DRAM companies: us, Samsung and Hynix."

Micron is in the process of buying Elpida. 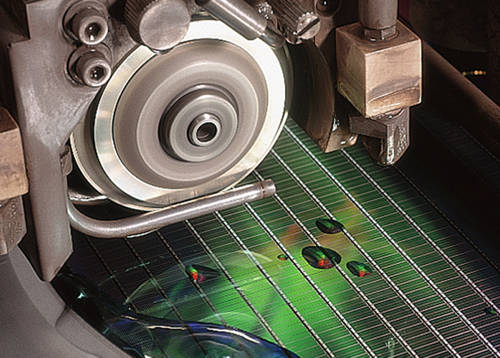 Bedard said the DRAM production business had stabilised and cyclical over-production phases were becoming a thing of the past: "We haven’t seen a new DRAM fab in quite some time [three years]. In fact, we’ve seen quite a bit of DRAM capacity taken off the market and moved into other types of semiconductor production.

We have no new country or company interested in entering the business. And for the first time, when I kind of affectionately called this arms race that we’ve seen in DRAM for the last 30 years, [there] doesn’t appear to be anybody on the horizon to accelerate this irrational capital that’s kind of plagued our business and made it so cyclical."

The DRAM business had been driven by increasing PC and notebook demand. Not so today. Bedard added: "We have come from a period... where really the PC and notebook businesses drove 90 per vent of the consumption in DRAM. Today, it’s less than 40 per cent moving its way to about 30 per cent by the end of this year.

"What has taken its place has been networking - some consumer. Mobile has been ... explosive, and to move all this data around when new mobile clients get on the internet, this infrastructure of networking and server technology has exploded. So the biggest growth markets [are] the mobile space [which is] consuming DRAM bits; it’s doubling about every 14 to 16 months.

Micron has not been increasing its capacity to make wafers, the circular slabs of silicon circuitry from which DRAM, NAND and NOR flash chips or dice are cut. Instead it's trying to make its existing processes more efficient and take advantage of technology process shrinks to get more dice from a wafer.

Bedard said of flash fabrication: "We are still adding some wafer capacity. It’s been fairly slow. But we have gone from three years ago supplying 120 per cent more supply [bit growth] on a year-over-year basis to two years ago; it was about 70 - 80 per cent.

"Last year was about 50 to 55 per cent; this year is shaping up to be about 35 to 45 per cent. So again, dramatic slowing when you’re not supplementing this process technology shrink advantage that we get every year and you’re topping off with no additional wafers." 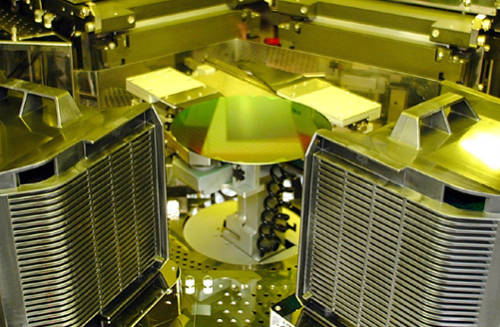 The NAND business "started from a consolidated basis. There were basically four of us that had the technology or still developing the technology that would be … Micron, Samsung, Hynix and a combination, Toshiba and SanDisk."

Micron's flash business is most profitable in the enterprise area. Bedard said: "If I had to guess, we’re probably running on a revenue basis somewhere around 80 to 85 per cent client, 15 to 20 per cent enterprise. Enterprise obviously … is more profitable."

Bedard is emphatic that there simply isn't enough NAND fab capacity to store even 20 per cent of the data people are generating. The vast bulk will stay on disk drives. That has meant enterprises have used flash for caching initially with actual data storage emerging relatively recently.

He said: "I think this will be a year where we do a pretty good job in enterprise and probably 2014 looks to me like it’s probably – I think we’re at that hockey-stick curve in terms of enterprise drives in general."

Watch out 2014: flash is going to kick serious storage butt. ®