Brains that made Britain exposed, mapped and viewed 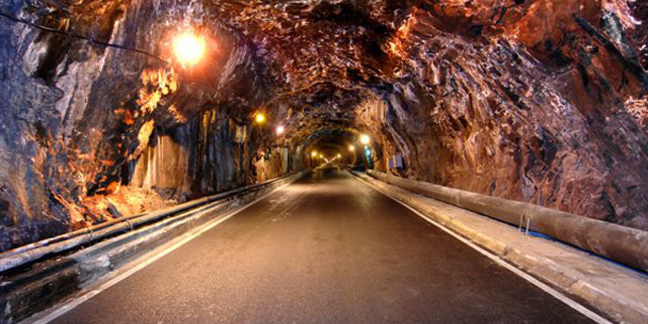 Geek's Guide to Britain Which country is credited with designing more than half of the world’s most important inventions. Is it Germany, home of the VW? Japan, birthplace of the Walkman? The US, land of NASA and Google? No: Britain.

Scientists, engineers, architects and inventors in Britain have made their mark on the world with trains, jet engines, TVs and the internet, while they've also achieved major breakthroughs in the fields of electricity and medicine.

Brainboxes have made their mark on the British landscape, too, chucking up suspension bridges, radar stations and huge flood barriers while companies like BT operate some of the world’s largest technology design and testing facilities in this country.

To celebrate these and more, The Reg is pleased to announce its Geek's Guide to Britain. From places of invention and creation past and present, from lost gems to sites of technological wonder, from functioning facilities to hidden museums, The Reg's new series will map Britain’s places of technological, scientific and engineering wonder.

And, because geeks cannot live on technology alone, our writers will also report back on those soft comforts that take the edge off travel: the restaurants, pubs, cafes and other places of interest, including various factors such as level of kid-friendliness, to help make an excursion a fully rounded and enjoyable experience for all. We’ll give you everything you'll need to plan your visit, from a day out, weekend trip or stop en-route to the in-laws to a proper excursion.

Geeks Guide to Britain kicks off next week with four handy guides. We start off with Jodrell Bank, the astrophysics and astronomy research hub that's the backdrop to the Beeb's Stargazing LIVE. Jodrell is home to the iconic Lovell Telescope, once the largest fully steerable radio telescope and an installation that played a role in the Cold War. Six decades on, you can tour the 'scope on its mission to probe the universe.

Also next week we go behind the scenes at BT's Adastral Park research shop in Suffolk, we remember the Lyons Elecronic Office in Hammersmith - which put Britain in the lead on business computing - and we visit the RAF Air Defence Radar Museum, on the frontline of nuclear annihilation in Norfolk.

So dust off the GPS, fire up Google Maps and join The Reg’s Geek's Guide to Britain for a geeky potter around our nation's sci-tech hotspots. ®

Too lazy to plug GPS co-ords into satnav? Fear not, gypsythief has saved you

'Geek gene' denied: If you find computer science hard, it's your fault (or your teacher's)

And you find it easy, it's through hard work – not a 'gift'