The AnTuTu synthetic benchmark returned a score of 24,205 which, if nothing else, proves that the One is possessed of savage amounts of raw power. From what I’ve can gather, the Galaxy S4’s Exynos 5410 Octa chipset beats that by around 1000 points but at this level the difference is irrelevant.

Thankfully, the One isn’t blighted by excessive heat emissions when putting its shoulder to the wheel. It still gets a little warm under stress but the rising temperature is far less noticeable here than it is with the Google Nexus 4 or the Sony Xperia Z, both of which can get quite toasty when running graphically demanding games. 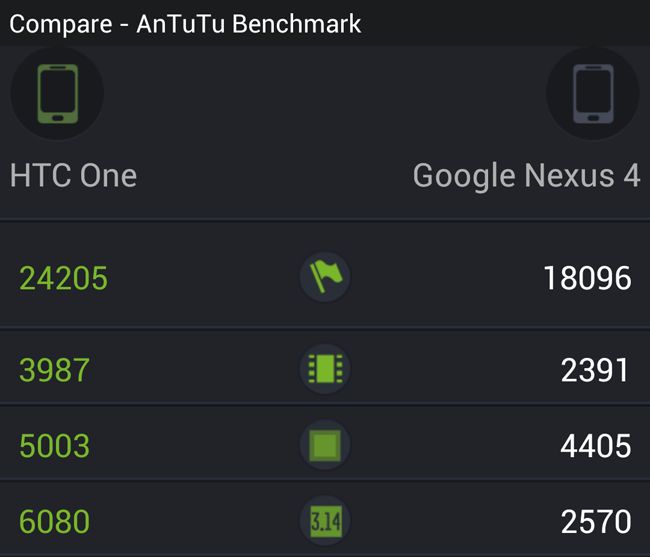 See those speakers at the top and bottom of the facia? According to HTC, they generate 93dB of sound. And Beats Audio processed sound at that. The upshot is a phone that produces a terrifically loud and superbly composed soundscape when playing music and video, or when being used as a hands-free chat box.

Trust me when I say you have never, ever heard a phone make a sound like this.

Of course the potential for annoying the bejeezus out of people on a bus, train or plane with this setup - called, rather alarmingly, BoomSound - is simply vast but antisocial behaviour aside, the One’s speakers are truly superb.

It’s fair to say that stylistically HTC’s Sense had gotten more than a little long in the tooth so the new iteration is most welcome. The entire UI had been given a redesign and now looks much more modern and clean. This is Sense á la Jelly Bean rather than á la Froyo and is much the better for it.

There are now far fewer widgets, but the key ones are still present. Pride of place now goes to what HTC calls BlinkFeed which is a full-screen RSS and social network aggregator that gives you a quick taste of what’s going on in the world in the blink of an eye. Hence the name. 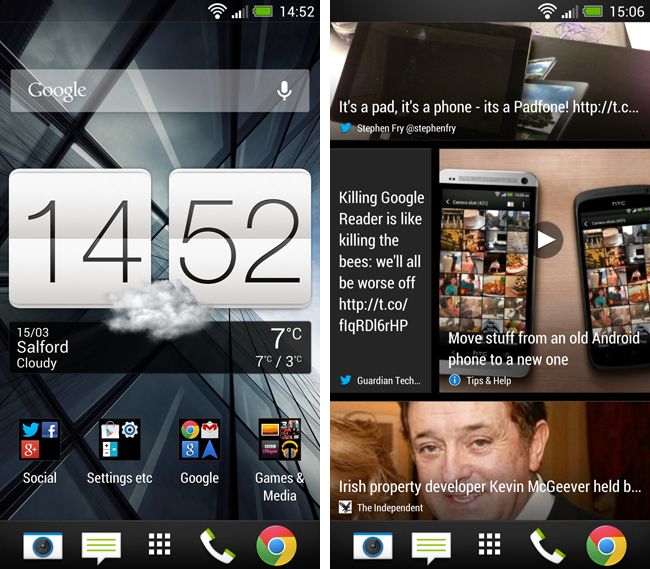 HTC's Sense 5 is an big improvement on its predecessors, and Blinkfeed (right) is a nice social network and news aggregator

As it stands it’s a bit limited in terms of the ability to curate content - though as the two main UK news sources are the Independent and the Grauniad, I’m not complaining - but I found myself checking it more and more often the longer I had the One in my possession.

The Blink Feed panel can't be removed but you can reassign it to another home screen if you want.

The interesting thing about the One’s camera is that it uses pixels that are 2µm across or nearly twice the size of those found in most phone camera sensors. To put that into context, a good compact like Canon’s Powershot S110 uses 3.5µm pixels, while those in the Nokia Lumia 920 camera are 1.4µm across. 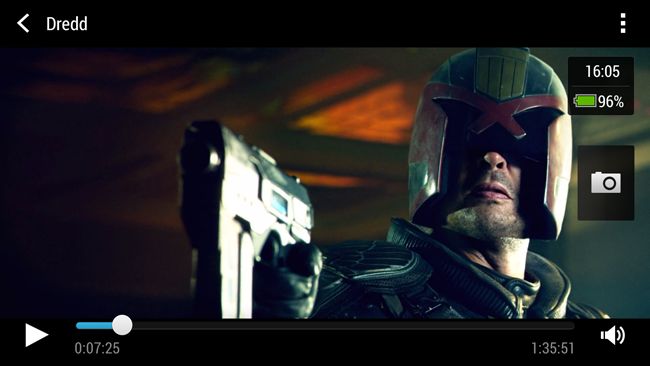 The Law is even more fearsome at 469dpi

HTC calls them UltraPixels and they are important because the bigger the pixel the more light can land on it so the brighter the image: more signal, less noise. The downside is poor bragging rights - the camera is only a 4Mp (2688 x 1520) affair - but the up is very good low light performance and more subtle and natural looking results in good light. To further improve low-light performance, the One’s camera - like that in the Lumia 920 - has physical optical image stabilisation, a 1/3-inch sensor and an f/2.0 lens.

Now I’m no photographer but it’s perfectly obvious even to me that this is the best camera ever fitted to an HTC handset and one of the best ever fitted to a mobile phone. A more visually astute reviewer may tell you that the Nokia has the edge in some circumstances but the differences would, I suspect, be negligible.

The 2.1Mp webcam is pretty darned impressive too, making the One, like the Xperia Z with it’s 2.2Mp secondary camera, a great device for video chatting.