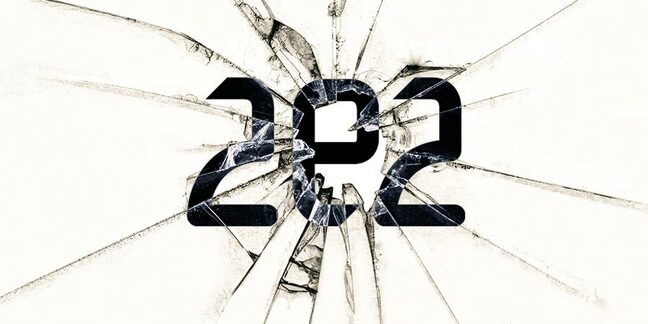 Brit IT biz 2e2 went under because its financial reports were flawed, it plunged nearly £50m into the red and its backers refused to throw good money after bad.

That's according to a two-inch-thick dossier by the company's administrators FTI Consulting. The report documents the days leading up to the Berkshire-based integrator's demise.

In December 2012, 2e2 had a syndicated bank debt of £113.2m and mezzanine debt of £49.8m. The biz told its secured creditors that it may breach its banking covenant and had appointed a chief restructuring officer to sort out the mess.

The following month 2e2 appointed an interim group financial director and interim chief operating officer to oversee day-to-day money management and operations, but by mid-January the firm realised it needed £25m to stay afloat until the end of February and an aggregate £45m by the end of April.

The integrator pitched for more funding from its banking syndicate and venture-capitalist Hutton Collins, but the "scale" of the requirement was "significant" and those financiers had "little visibility" into the reasons for the company's cash woes.

The report states the group then presented an updated set of financial figures for 2012 after the management admitted "significant weaknesses in financial reporting and process [were] identified". These "accounting adjustments" pulled down an earlier full-year forecast of a £34.6m profit to £11.6m before exceptional costs of £20m were taken into account.

It was at this point that FTI Consulting was officially appointed as an administrator of 2e2's ten UK subsidiaries, which employed some 1,400 workers.

FTI said 2e2 went under due to a deterioration in underlying profits, the "loss" of trade credit insurance and the group's inability to finance further invoices through receivables from VC backer Hutton Collins. The British subsidiaries continued to trade as FTI embarked upon an "accelerated sales process".

The Royal Bank of Canada was appointed to cough up "critical payments" including the January payroll for staff not made redundant and to customers holding key contracts. The IT hardware and software reseller units were shut immediately as 2e2 could not source kit and clients were unwilling to buy from an insolvent supplier. In the first week of administration, 345 people were made redundant.

Some 70 businesses lodged an interest in buying the remaining operations. But they all walked away, fearful of losing key customers or unable to satisfy certain liabilities held by 2e2. This led to a further 627 staff losing their jobs.

The break-up and sale

Parts of the business were then carved off: UK mobile network O2 coughed up £4m for the O2 Unify joint venture; and Daisy Group splashed £2.8m on the Reading and Gateshead data centres.

FTI Consulting had threatened to close those server farms unless it got £1m collectively from customers as it had run out of 2e2 funds. Some clients paid up and some walked. The report revealed that it actually received £800,000.

The group's international business, which avoided administration, was then offloaded by FTI - Logicalis paid €24m for the operations in Spain, Ireland, the Channel Islands and the Netherlands; and G3 took on the Diagonal business in the US for $250,000 (£164,000).

Debt and messy Retention of Title

The debtor ledger was £43m at the time of administration, but to date only £4.1m has been realised including £90,000 received for spares stock that had a book value of £1.6m but were in fact used.

FTI said a "number of factors have limited the recovery of book debts, including a significant number of invoices representing future billings for advanced periods for which 2e2 are unable to provide services".

"It appears that certain of the receivables balances may have been assigned to companies who provided third party financing. We are currently reviewing these arrangements," the report stated.

Suppliers were quick to pull their stock out of 2e2 under Retention of Title - basically, the principle that gear still belongs to the seller until payment and other obligations are met. But of 37 claims only 17 were fully resolved. This was complicated by 2e2's 'bill and hold' system where customers were invoiced for stock but it remained in 2e2's warehouse or with logistics providers.

"As a result, the majority of retention of title claims involve both a supplier and a customer of the group asserting title over the same batch of stock," FTI's report stated.

The administrator said predicting dividend levels for creditors is "difficult" but warned it expects a "significant shortfall to secured creditors" - the total secured debt as of FTI's appointment was £257.2m.

As for unsecured creditors, "based on the information available we estimate that there will be no funds available to distribute".

Administrators always get paid and in the case of 2e2, FTI said it "incurred time costs" of £2.47m but reckoned it achieved a better result for creditors than if the integrator had been wound up.

The full list of creditors has yet to be drawn up. ®