Other organisations got wind of the LEO thanks to Simmons rubbing shoulders with chiefs in his capacity as president and founder of the Association of Business Managers. The Metrological Office ran climate calculations on the LEO in December 1951, payrolls from Ford UK, Tate & Lyle, Kodak and the British Army found their way onto the computer, and the beast was used by British Rail to calculate the distance between each and every railway station in the country, 5,000 stations. The LEO team had to write an algorithm to process that specific job. All these calculations were run when Lyons wasn't using the LEO. 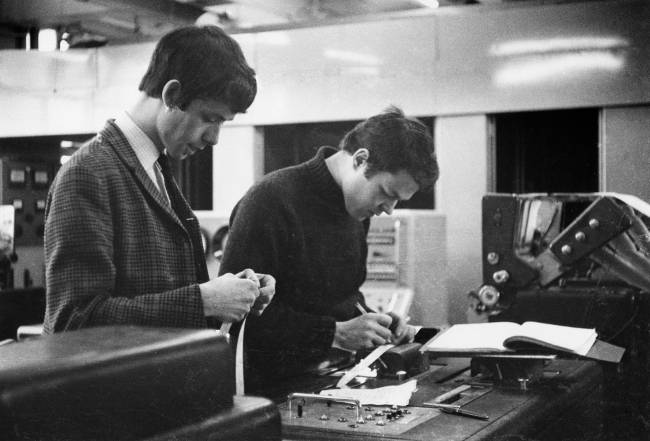 It was in 1952 that the LEO joined the Cold War. Aerospace manufacturer De Havilland was building a medium-range ballistic missile called Blue Streak to hurl a nuclear warhead back at Soviets. When Lyons wasn't working out the profits on cakes, De Havilland’s men would show up at Hammersmith, rope off the area around the LEO to keep out regular employees and run ballistic calculations. “We couldn’t see what was going on,” Land recalled.

Blue Streak, riddled with political and logistical problems, was scrapped in 1960 and De Havilland ended up buying its own LEO machine; but Lyons got a sniff of the potential. In 1954 Lyons created LEO Computers with T. R. Thompson as managing director; the biz built LEO I’s successors, the LEO II and LEO III. The LEO III replaced valves with germanium transistors, and mercury delay lines with ferrite-core memory, creating a much faster, cooler and more reliable machine that backed its data up onto magnetic tape. It was what Caminer called: “A world-beating machine.”

LEO Computers sold the electronic monsters and provide outsourced services – the bureau service - and it was Land's brother Ralph who opened the first LEO bureau, in Hartree House, Bayswater. It was Ralph Land, too, who took the LEO to the world, and particularly the communists, against American giant IBM at the height of the Cold War. Ralph, also an LSE graduate, said he joined Lyons because he’d seen his brother doing well on what he gamely described as “the computer side”.

Ralph told The Reg of the moment the LEO's chief Thompson decided to punt the LEO to the communists: “Thompson told me: ‘We are not doing business overseas, but we are selling the LEOs at home. We should develop the overseas business.' I spoke German, so it was decided I should take over the export business.”

Thompson reckoned Eastern Europe was “the soft underbelly” of the continent ripe for exploitation because no one from the West was selling there due to restrictions in place during the Cold War. Ralph soon ran LEO Computers' Eastern European bureau with 80 employees. The first LEO III was sold to the Czech Ministry for Social Security and Czech Railways, doing clerical and scheduling. Ralph says he was outselling IBM, which had 250 workers in its central Eastern European head office in Vienna, Austria. Big Blue had just started to sell the first System 360 mainframes.

But Ralph had to tread carefully. The Cold War was in full swing, the US was gripped by McCarthyism, the Soviets had erected a great wall across Berlin, and Moscow and Washington were squaring off over missiles in Cuba. Laws controlled what could be sold to the USSR and its satellite states, similar to today's restrictions on sales of computer and engineering parts to Iran and North Korea. But the communists wanted LEOs and were prepared to use blackmail or bribery to get them.

“We had to be extremely careful that our people weren’t got at and that we worked within the limits of the embargo," Ralph told us. "That let us sell LEO IIIs, although I had to go to the US State department to argue the case for selling the computers; but we built up a pretty subsidiary business - in a sense I always argued we had control over their economies. If their ministries relied on our computers and they did anything war-like, we could stop selling spare part.” 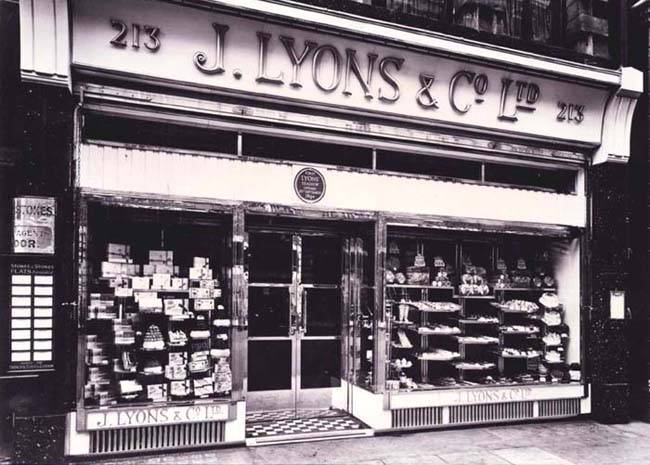 Ralph claimed LEO Computers was a more patient and flexible business than IBM. For example, it took two years and 19 different signatures, up to and including the Prime Minister, to straddle the Iron Curtain and sell a computer to the Soviets.

The communists, meanwhile, also lacked the hard currency needed to pay for the LEO IIIs. Ralph’s answer was to institutionalise a system of bartering: the company accepted ball bearings from Romania and hanging baskets from Bulgaria as payment for machines, which the firm swiftly sold on.

When it came to flogging the LEO to Czechoslovakia, Ralph's team financed a movie made by a Prague-based film studio; once the flick was completed and shown, it earned foreign currency and LEO Computers pocketed the proceeds as payment for the computer.

"On the basis of this, sufficient funds were made available for the municipality to acquire and pay for the computer," Ralph said. At his operation's peak, he had nine people bartering.

“The trick in the barter trade is to find the customer who wanted it, so we never saw the stuff,” Ralph said.

“We beat IBM, I think, because we were more flexible in dealing with the Eastern Europeans and USSR rather than the more ideological approach than the Americans,” he added. “I said if we were going to counter-trade, let’s do it properly – let’s set up a counter-trade bureau.”

Next page: The big battle with Big Blue
Page: