The big battle with Big Blue

IBM’s Vienna office was downgraded from a regional HQ to a country office in 2008, but the building is still a grand affair; a crisp, rectangle of blue-green glass on 95 Donaustraße. The office’s status changed as IBM won the computing war. Vienna is now a business analytics centre and software lab specialising in the banking and financial sector. It operates as a cog within a cog of the Big Blue machine - part of the $7.9bn software business that forms part of IBM’s global $104.5bn revenue. IBM doesn’t say how many employees IBM Vienna has these days, but the tech giant has just under half-a-million workers globally. 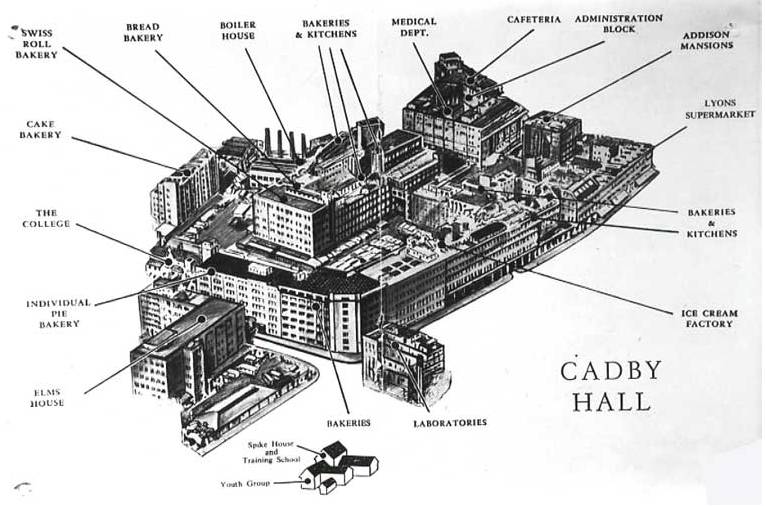 The two-acre Victorian complex of Lyons' Cadby Hall, the home of the LEO (Photo: Peter Bird)

On the other end of the scale is 66 Hammersmith Road. What hits you first is the space: Lyons’ two-acre complex fell to the wrecking ball years ago and the area was massively opened up by the developer: on the site of number 66 is a nicotine-brown mirrored building named The Kensington Centre, with offices to let, fringed by shrubs, a small car park and a throbbing main road, the A315. The Kensington Centre is today home to various companies while behind it sits a layered complex of flats.

Ralph's adventure in Eastern Europe was an insufficient counterweight to IBM's global scale. The people running LEO Computers focussed too much on positioning and not enough on technology. The biz merged with the computer interests of English Electric in 1963 to form English Electric LEO, which became English Electric Leo Marconi (EELM) and finally, in 1968, ICL in a deal brokered by firebrand Labour MP Tony Benn, who was Harold Wilson's Minister of Technology.

Benn wanted to create a British computer industry to compete with IBM, so had arranged the forced marriage that created ICL. This was the era of nationalisation, when political orthodoxy held that choice and competition were best served by having a single service provider in each sector, from railways to airlines, the telephone to fuel – British Rail, British Airways, British Telecom and British Gas.

The best ICL could achieve was Europe’s fourth largest IT company and, in 1990, Fujitsu took an 80 per cent stake. Talk of a spin out remained just talk, and Fujitsu finally shot the ICL brand in the head in 2001.

Lyons breathed its last breath in the decade before. The teashop titan had loaded up on debt to fund a round of massive expansion that bloated it during the 1970s. Lyons bought into ice creams and booze with Baskin Robbins and Pedro Domecq of Spain among others, in addition to running a network of 44 hotels. Lyons also doubled down on baking and shipping foods, investing in new regional bakeries.

The company closed teashop after teashop, but this alone wasn't enough and in 1978 it was bought by Allied Breweries to become Allied Lyons. But these were grim economic times, and a struggling Lyons was finally broken up in the 1980s during the reign of the Conservative Party and Blighty's Chancellor Nigel Lawson, the father of the aforementioned Nigella. Lyons' ice cream and lolly biz became Lyons Maid and was sold to Nestle; Lyons Cakes was sold to the firm that owns Mr Kipling and Lyons Biscuits was sold in 1994, ending up with Burton's Foods.

Nobody can say whether the LEO lived up to Thompson’s promise to cut expenses or whether it helped Lyons become efficient - I asked Frank and Ralph, and they reckon nobody really knew. Certainly, Lyons hadn't absorbed Thompson's message of efficiency through computerisation, and the company's failings were the making of flawed human decision-making and business models.

At best, the LEO extended Lyons’ life as post-war labour costs shot up thanks to a growing demand for semi-skilled and clerical staff - the kind of employees the LEO was replacing. But the computer alone was unable to compensate for the humans who made bad business decisions or who failed embrace the practices in business computing and business process engineering they'd begun.

“Lyons’ management were extremely innovative... but were unprepared to change the basic model of the teashop operation,” Ralph said.

Where the LEO succeed was in tapping a demand. Organisations had always amassed sales and other business data, but using it in a way to cut costs while delivering what the customer wanted and doing so at low price? That was the rub. The LEO helped businesses and governments realise this.

Had Lyons taken their passion for new ideas to its fullest extent and bet on computers rather than cakes, then LEO Computers might still be here and a peer to IBM. But food was its trade, and Lyons was flogged into the ground while the British government and various LEO management teams spent too long organising and not enough time executing. 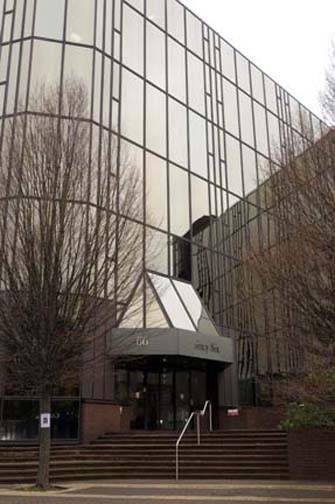 “The LEO story is where, for a little slice of time, this country led the computer industry,” Ralph said. “We ultimately failed because not enough money was put into it and we were outsold by the volume of effort our rivals could put in rather than the quality of the product.

"Where we did outsell them, that was due to our approach in a different environment. We had a much more flexible approach and we could outsell them in Eastern Europe.”

Today, you can view the site of 66 Hammersmith Road from the comfort of of a pub and several eateries opposite. There's the Albion which specialises in pizzas; a few doors down Café Paradiso serves tea, coffee and sandwiches; and there’s a Thai place called Kanna. Carry on and you soon hit the shops and gastro pubs of Hammersmith. Go in the opposite direction and you reach the Mirabell Cucina for Mediterranean food and in a few minutes you’ll be at Olympia, home of the conference venue and scene to tech events.

Next time you shopping in Hammersmith or are itching to get away from that tech confab at Olympia, take a short walk along Hammersmith Road. Grab a bite to eat – better still, a cuppa - and, remember and reflect: it was on this spot, among the flour of cakes and leaves of tea, that Blighty stumbled into a revolution. ®

The LEO is the subject of a forthcoming permanent display at the Science Museum, opening in September 2014. More details are expected in April.