After Leveson: The UK gets an Orwellian Ministry of Truth for real

Cause, an untrue news report. Guardian, though, not NotW

Analysis Ever wondered what a British coup d’état might look like? You’ll have to bring your own visuals, but the soundtrack would probably go like this ...

“Other than an Index of Censorship press release, where is your evidence for '300 years' of freedom?” demands one Reg comment-poster after your correspondent suggested MPs had ended three centuries of freedom from political interference of the published word - brought about by giving the nod to a new, powerful press regulator.

A newspaper cartoonist advises us to wipe away the tears: 300 years is a good innings for anything.

It’s a bit of cliché to say that England pioneered free speech. It also happens to be true. The notion that "everything which is not forbidden is allowed" was not, in fact, invented by William S Burroughs while he was strung out on heroin. It’s an ancient English principle, nice and simple, and also one of old Blighty's great exports. So too is the subtle idea that on top of this foundation of freedom, any wise legislation implicitly encodes a balance of rights; and that any new law is brought in only if there's a huge need for it.

Liberty is a strong part of British self-identity; it's what makes us awkward bastards sometimes. It’s just that the British, being fairly self-effacing, don’t bang on about it all the time unlike some other nations who were rather slower to abolish slavery.

The distrust of Parliament was expressed when Cromwell dissolved it, and later when the Glorious Revolution of 1688 clipped its wings, beak and feet. As for 300 years of publishing freedom, that's calculated from the demise of a short-lived newspaper licensing act, which expired in 1695. It was only in 1771 that a pamphleteer, Wilkes, won what became known as the "Printer’s Case".

After that, at last, it was a taboo for Parliament to regulate the published word - until quite recently. Regulating the press simply wasn’t British.

How on earth did we get to here?

In recent years the law has swung heavily against publishers and in favour of the wealthy. It’s high summer for the rich, and even minor celebrities, who have never had it so good. The incorporation of European human rights law into UK legislation, giving wide interpretive scope to judges, has ushered in the superinjunction era. It’s a popular misconception that social networks have made these super-injunctions pointless; the banning orders are working very well right now for many unnamed celebrities, even minor celebrities. The press is already regulated by the law - civil and criminal – so the case that the published word needs exceptional regulation has to be an exceptional one.

It was Herbert Morrison, Peter Mandelson's grandfather, who in 1948 broke almost a century of taboo by promoting a royal commission “to inquire into the control, management and ownership of the newspaper and periodical Press and the news agencies, including the financial structure and the monopolistic tendencies in control, and to make recommendations thereon".

In doing so, as one historian points out, “he helped to create a political atmosphere in the postwar period in which government-inspired inquiries into the press could take place without being universally interpreted as attempts to curb press freedom". 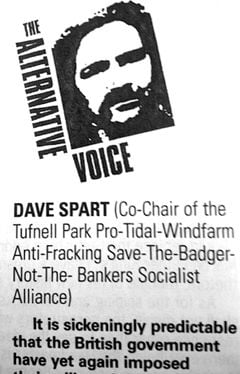 Three royal commissions into press freedom would follow over the next thirty years. By the time of the third, in 1974, Labour politicians wanted to create a Communications Council, with unions participating, to "keep the operation, development and interrelation of all the mass media under permanent review". This third commission concluded in 1977 that an organisation monitoring all media was “potentially authoritarian”, and rejected it.

Then things got seriously barmy. Labour gradually developed a conspiratorial view of the press, with Rupert Murdoch at the centre as some kind of omniscient Bond-villain (indeed a Bond villain fairly evidently modelled on Murdoch, "Elliott Carver", duly appeared). Politicians played up the myth of Murdoch as a power broker, even though he only ever backed winners who were already winning. The language of Private Eye anti-corporate spoof columnists Dave and Deirdre Spart entered the language, and soon enough "Fleet Street" was an omni-powerful and sinister "mass media".

During this time something else happened too. An intellectual fashion spread through academia that considered people as objects to which Things Are Done. Never mind that the majority of Sun readers continued to vote Labour despite the paper's editorial stance, and the tabloid was mainly full of amusing tittle tattle - perhaps that's why they bought it in their millions. People now forget the Currant Bun’s 1987 séance with Josef Stalin (headline: “Why I’m backing Kinnock”) - so much for the myth of the king-making redtops and their sheeplike readers.

But this reductionist notion of the voters as helpless and stupid absolved academics and politicians of the need to accept that voters choose The Other Lot, the party disliked by the intellectuals, for good reasons. Rather than simply seeking revenge or voicing protest, the electorate might just sometimes prefer the Opposition's policies or have more trust in that leader's character.

Traditionally, if anyone wanted to exert some pressure on the press, he or she would simply urge the public to stop buying the newspapers in the first place – a punishment successfully meted out by the people of Liverpool in an unforgiving twenty-plus-year snub of The Sun for its infamous Hillsborough disaster coverage. But the notion of the public imposing a commercial death penalty on a publication slipped away over time, and slowly, the idea of top-down authoritarian control of the media was detoxified.

The printed press was gradually being tamed. Details of illegal or immoral news-gathering practices that had been rumoured, but never proved, began to emerge: way back in 2003 the Motorman inquiry by the Information Commissioner had unearthed widespread "blagging" all across Fleet Street – personal telephone numbers, addresses and PO boxes of individuals were available, or could made available to journalists, for a fee. Many of the posh papers took part as well as the reprensible redtops, and all were named in public by the ICO. But simply nothing happened.

Next page: And nothing carried on happening for years. Anyone remember what finally got this whole thing rolling?
Page: