North Korea's official press agency has been caught with its hands in the Photoshop copy-and-paste jar, in a hopelessly bodged attempt to big up the amphibious-landing capability of the country's hovercraft.

As you can see, this particular piece of sabre-rattling features some suspicious sabre cloning, with two identical hovercraft about to hit the beach while similarly twinned craft move in the background. 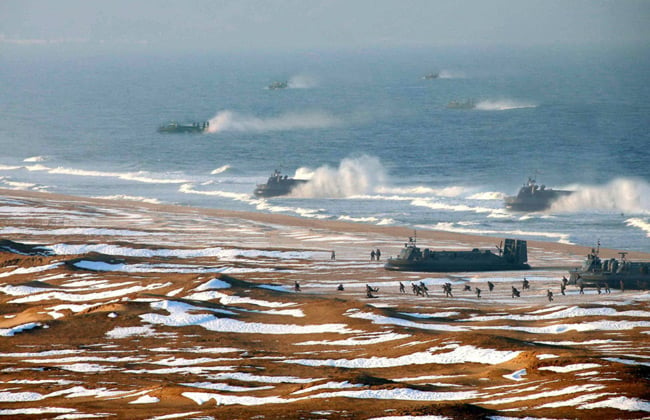 'I think I'm a clone now. There's always two of me just a-hanging around'

The Nork propaganda machine evidently has a long way to go before it can take a stab at faking Moon landing snaps. Its video efforts aren't much better. Last month, it released a "bizarre" video showing a missile attack on the US, complete with footage apparently ripped off from first-person shooter game Call of Duty, and inexplicably backed by an instrumental version of We Are the World: